Closer Craig Kimbrel shut down the visiting Atlanta Braves in his Chicago debut as the Cubs earned a 9-7, come-from-behind win for a split of the four-game series between the division-leading clubs.

Kimbrel, signed on June 7 to a three-year, $43 million contract after he sat in free agency through the offseason and beyond, allowed a two-out double to Ronald Acuna Jr. and walked Dansby Swanson. He retired Freddie Freeman on a sharp grounder to first base to end the game and earn his 334th career save.

The Cubs were trailing 6-1 when they scored three times in the fourth inning and four times in the fifth, the go-ahead runs coming on a two-run home run from backup catcher Victor Caratini.

Chicago starter Tyler Chatwood (4-1) got the win despite being tagged for six runs on six hits and four walks over five innings. The losing pitcher was Atlanta reliever Josh Tomlin (1-1), who allowed three runs (two earned) in 2 2/3 innings.

The Mets, who had one hit and trailed 1-0 entering the ninth inning, seemed headed for a cathartic win when Todd Frazier hit a two-run homer with one out off closer Hector Neris. New York added another run, as Dominic Smith and Wilson Ramos followed with singles before Smith scored on a groundout by Amed Rosario off JD Hammer (1-0), who got the final two outs of the inning.

Willy Adames and Ji-Man Choi had RBI singles, and Yandy Diaz drove in what proved to be the winning run with a sacrifice fly to highlight a three-run 18th inning and lead Tampa Bay over Minnesota at Minneapolis.

It was the longest game by innings in Target Field history and came just nine days after Minnesota and the Boston Red Sox set the previous mark, a 4-3 victory by the Twins that went 17 innings.

Ryan Yarbrough (7-3), the ninth Tampa Bay pitcher, picked up the win, allowing no runs on two hits while striking out five over three innings. Rays pitchers combined to strike out 22 batters in the contest, a franchise record. Ryne Harper (3-1), the 10th pitcher for Minnesota and pitching for the third straight day, suffered the loss.

Rookie Kevin Newman launched a leadoff homer among his three hits to ignite a four-run first inning for the Pirates, who outscored Houston by a 24-2 margin to win the final two contests of the three-game series.

Musgrove (6-7) turned in his second straight strong start by scattering nine hits and striking out five before departing after 83 pitches. Astros starter Brad Peacock (6-6) was roughed up for six runs on seven hits in three innings as Houston lost for the ninth time in its last 11 games.

Orlando Arcia hit a three-run homer as Milwaukee defeated visiting Seattle to salvage the finale of a three-game interleague series.

Brewers right-hander Chase Anderson (4-2) allowed two runs (one earned) on three hits in 5 1/3 innings. He walked one and struck out six. Milwaukee left-hander Josh Hader retired the side in order in each of the final two innings, striking out three, to earn his 19th save of the season.

Ariel Jurado (5-3) pitched seven scoreless innings in his best start of the season. He scattered six hits, walked one and struck out four. Shawn Kelley notched his 11th save despite allowing two hits with two outs in the ninth inning, sealing Texas’ fifth consecutive win.

Harold Castro had three hits for Detroit, which has lost seven straight overall and 20 of its past 22 home games. Tigers rookie right-hander Spencer Turnbull (3-8) left the game after the second inning due to an undisclosed injury. 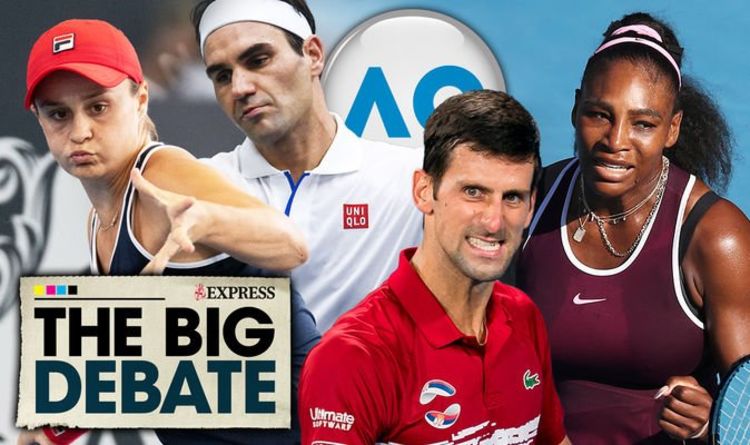 The Australian Open gets underway on Monday as the 2020 tennis season swings into gear. Novak Djokovic is the big favourite but […]

Sally Bolton is one of a small but growing number of influential women at the highest levels of international tennis, and the […]