The mother ofa Salvadoran migrant who drowned alongside his 23-month-old daughter while trying to cross into the United States said the man “loved his daughter so much” and was seeking a better life for his family.

Óscar Alberto Martínez Ramírez and his daughter Valeria died while trying to cross the Rio Grande on Sunday, their deaths captured by a horrific and haunting image that sparked outrage.

The father and daughter lie face down in the water on the bank of the Rio Grande in Matamoros, Mexico, Valeria tucked inside her father’s shirt with her tiny arm wrapped around his neck.

“Neither one of them let each other go. That’s how they died, both of them hugging,” Rosa Ramírez, Martínez’s mother, told Telemundo through tears from Alta Vista, El Salvador. “He loved his daughter so much. He loved her and that’s why he took her.”

Ramírez said her son and Valeria’s mother, Tania Vanessa Avalos, left for the U.S. in search of a better life for their daughter after struggling financially in El Salvador.

“You do not wish this on anyone, that for going in search of the American dream you would lose your life,” she said.

Estela Avalos, Tania’s mother, said her daughter also almost drowned but a friend was able to rescue her.

“That’s how she is alive, if not we would have lost her too,” she said.

The family had become frustrated and desperate after waiting two months in Mexico, unable to present themselves to U.S. authorities to request asylum, according to reporting by Julia Le Duc, who photographed the death of the father and daughter, for Mexican newspaper La Jornada.

The newspaper reported that Ramírez first crossed the river with Valeria and set her down on the U.S. side of the bank of the river and swam back to get his wife, when Valeria threw herself into the water after seeing her father swim away. The father rushed back and grabbed his daughter, but the two were swept away by the current, according to the newspaper.

Captain Kris Menendez, a water rescue coordinator with the El Paso Fire Department in Texas told NBC News his team has recovered seven bodies in the past month of people who were trying to cross the Riverside Canal on the Rio Grande.

Immigration lawyers and rights advocates say asylum seekers have been increasingly trying to cross the border illegally because of policies by the Trump administration, such as “metering,” or restricting the number of migrants who can be processed at a legal port of entry. The administration has also been ramping up its policy of forcing asylum-seekers to wait in Mexico as their cases play out after presenting themselves at a port of entry to seek asylum.

When asked about the photo, President Donald Trump blamed Democrats for not changing immigration policy.

“That’s like I’ve been saying, if they fixed the laws, you wouldn’t have that,” he said.

The president added that the migrant father was “probably a wonderful guy with his daughter.”

Wendy Martinez, Valeria’s aunt, told Telemundo that she helped take care of the little girl and “loved her like a daughter.”

She showed toys Valeria played with, including a doll dressed in blue and pink that Valeria “never let go” and a toy guitar she would play with as she sang.

Ramírez told The Associated Press that her son’s last message to her was, “Mama, I love you.”

“He said ‘take care of yourselves because we are fine here,’” she said. “When I read that message, I don’t know, it made me want to cry because I saw it as a sort of good-bye.” 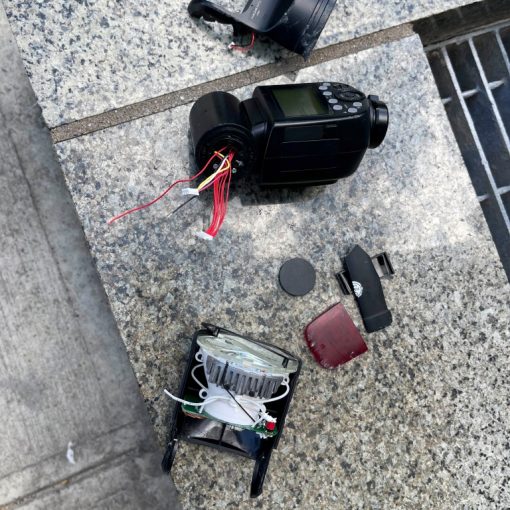