As a diplomatic dispute rages between Egypt and the auction house Christie’s in London over a sculpture depicting the head of the pharaoh Tutankhamun, set to be auctioned on July 4, a Live Science investigation reveals several clues as to where this sculpture comes from.

The sculpture, being auctioned off by an anonymous owner through Christie’s, is made of quartzite (a type of stone). Estimates for how much the sculpture will fetch vary around $5.1 million (4 million pounds).

However, Egypt believes that it was looted from the Karnak temple sometime after 1970, and the country’s embassy in the U.K. has demanded that the sculpture be repatriated to Egypt. Christie’s claims that the sculpture was owned by Prinz (Prince) Wilhelm von Thurn und Taxis (who lived from 1919 to 2004) in the 1960s and that he sold it in 1973 or 1974 to Josef Messina, the owner of Galerie Kokorian & Co, Vienna. Egypt has threatened court action if the sculpture is not returned, with the dispute garnering news headlines around the world. [In Photos: The Life and Death of King Tut]

To discover its origins, Live Science researched Wilhelm’s life, talking to surviving family and friends and gathering documents on the prince’s life.

Daria believes that the sculpture may have been owned by Wilhelm’s cousin Prince Raimondo Torre e Tasso who “lived in the castel of Duino [a castle in Italy], which was known for its antiquities,” Daria said. [Reclaimed History: 9 Repatriated Egyptian Antiquities]

Prince Raimondo is dead, but his surviving family members currently live in the castle for part of the year. A spokesperson for the family told Live Science that Raimondo and his family never owned the Tutankhamun sculpture.

Gudula Walterskirchen, a historian and journalist who knew Wilhelm well, said that Wilhelm didn’t have an artifact collection. Further evidence that Wilhelm never owned the sculpture comes from Egyptologist Sylvia Schoske, who is the director of the State Museum of Egyptian Art in Munich. She studied and published an article in the book “Konzeption der Ausstellung und Katalog Heinz Herzer, Ägyptische und moderne Skulptur Aufbruch und Dauer” (Ausstellung Museum Morsbroich, 1986) about the sculpture when it was owned by an antiquities dealer named Heinz Herzer. She told Live Science that until recently she had never heard of Wilhelm owning the sculpture. She cautioned, however, that “questions concerning the provenance of objects were not so much in the focus 30 or 40 years ago as they are today.”

Catherine Manson, the global head of corporate affairs at Christie’s, said that the auction house has done extensive provenance research into the sculpture, and members of their provenance research team have talked to the two surviving family members (Daria and Viktor). They “were young at the time and do not precisely recall the head but equally they do not, and have not, excluded the possibility either,” Manson wrote in an email to Live Science.

“We have verified that provenance with all previous owners of the head back to that time, including with Mr. Josef Messina, who confirmed the Head [King Tut statue] was already in the Prinz Wilhelm von Thurn und Taxis Collection in Vienna in the 1960s,” Manson wrote.

Live Science was unable to get in touch with Josef Messina. Galerie Kokorian & Co. is now run by Michael Antolini, who declined comment when reached by Live Science.

Documents about Wilhelm’s life show no signs that Wilhelm ever owned the sculpture, supporting the claims of his surviving family. He is an interesting person in other ways: The documents show that in 1941, he joined the Austrian resistance against the Nazis, becoming a senior member of the resistance group “O5,” which performed acts of sabotage against the Germans. Wilhelm’s duties included making contact with other resistance groups operating in Czechoslovakia and Germany, including a group that almost killed Hitler on July 20 1944 when a bomb exploded in Hitler’s “Wolf’s Lair,”according to those documents. [7 Amazing Archaeological Discoveries from Egypt]After the war, Wilhelm lived in Morocco for a time before moving back to Europe. In his postwar life, he held a variety of jobs in public relations and tour organizing and guiding. Although Wilhelm was his formal name, the documents show that he often preferred to call himself “Willy.”

The family members of Thurn und Taxis were granted the right to use the titles “prince” and “princess” in the 17th century by Leopold I Emperor of the “Holy Roman Empire” — a kingdom that ruled territory in central Europe. Today, many members of the Thurn und Taxis family are spread throughout Europe and North America. Some are quite wealthy; but Wilhelm himself was not particularly rich, and in 1970 (when he supposedly owned the sculpture) he was living and working in a “small bachelor apartment” in Vienna, according to a 1970 New York Times article. His senior role in the Austrian resistance meant that historians often wanted to talk to him, and he granted many interviews on the subject.

The only artifact found byLive Science that was mentioned in the documents as belonging to Wilhelm’s family is a Chinese snuff bottle that dates back to sometime between the 18th century and early 20th century. It was sold after Wilhelm died in 2004, with the sale information indicating it had belonged to Wilhelm’s grandfather Alexander Thurn und Taxis.

Christie’s said that they have also been gathering documents related to the statue’s provenance. “We have this week been given access to his unpublished memoirs. We have found specific mention of antiquities and are currently reviewing all materials in case there is a more specific reference to the object,” Manson told Live Science. Live Science was unable to obtain the unpublished memoirs.

Passed down in the family?

Manson said that Christie’s research into the family history suggests that the sculpture could have been inherited by Wilhelm from ancestors. “His grandfather, Prince Alexander Thurn und Taxis, traveled extensively to Africa and brought back objects; and great grandfather, Count Hans Wilczek, is also known to have had a large collection which included antiquities,” Manson said. [Family Ties: 8 Truly Dysfunctional Royal Families]

However, the documents collected by Live Science suggest that it is unlikely that a sculpture of Tutankhamun could have been passed down to Wilhelm from his ancestors.

The 1970 New York Times article, for instance, notes that Wilhelm’s parents had lost many of their holdings by the end of World War I, a war which saw the Austro-Hungarian Empire defeated. Additionally, Wilhelm was the youngest of nine children and his father, Erich von Thurn und Taxis, was one of three. The loss of many family possessions by 1919 and the many children any inheritance would have to be shared with suggest that few of the artifacts collected by his grandparents and great-grandparents are likely to have been passed down to Wilhelm. In an interview, Daria said that what items she recalls Wilhelm having were European and not ancient Egyptian.

Another problem with the idea Wilhelm inherited the statue is that Tutankhamun became globally famous in 1922 after his tomb was discovered by Howard Carter, something that could have made a sculpture of the boy-king valuable. This means that for Wilhelm to possess it through inheritance, his parents would have had to resist selling the sculpture, despite financial difficulties, and many older family members would have had to pass up the chance to own the sculpture when Wilhelm’s parents died.

Wilhelm was not a wealthy individual. Estimates vary for how much the sculpture is currently worth, but they hover around $5 million. While the sculpture may not have been worth as much in 1973 or 1974, when Wilhelm supposedly sold it, documents and interviews suggest that Wilhelm enjoyed no sizable wealth that would have come with the sale of a lucrative sculpture. [The Curse of King Tut: Facts and Fable]

On the contrary, the documents show that Wilhelm kept working in public relations and tour organizing until near the end of his life. And the job didn’t seem overly rewarding: A 1985 United Press International article tells of a 17-year-old girl who was unhappy with one of his tours and threw wine at Wilhelm’s face. Additionally, Walterskirchen told Live Science that Wilhelm did not appear to be wealthy. “He possessed quite nothing,” she said.

Zahi Hawass, Egypt’s former minister of antiquities, thinks that the sculpture was looted from the Karnak temple sometime after 1970. He said that the sculpture cannot be from the tomb of Tutankhamun, since the only artifact made of stone found in the tomb is the pharaoh’s sarcophagus.

In a statement, Christie’s said “ancient objects by their nature cannot be traced over millennia. It is hugely important to establish recent ownership and legal right to sell, which we have clearly done. We would not offer for sale any object where there was concern over ownership or export.” 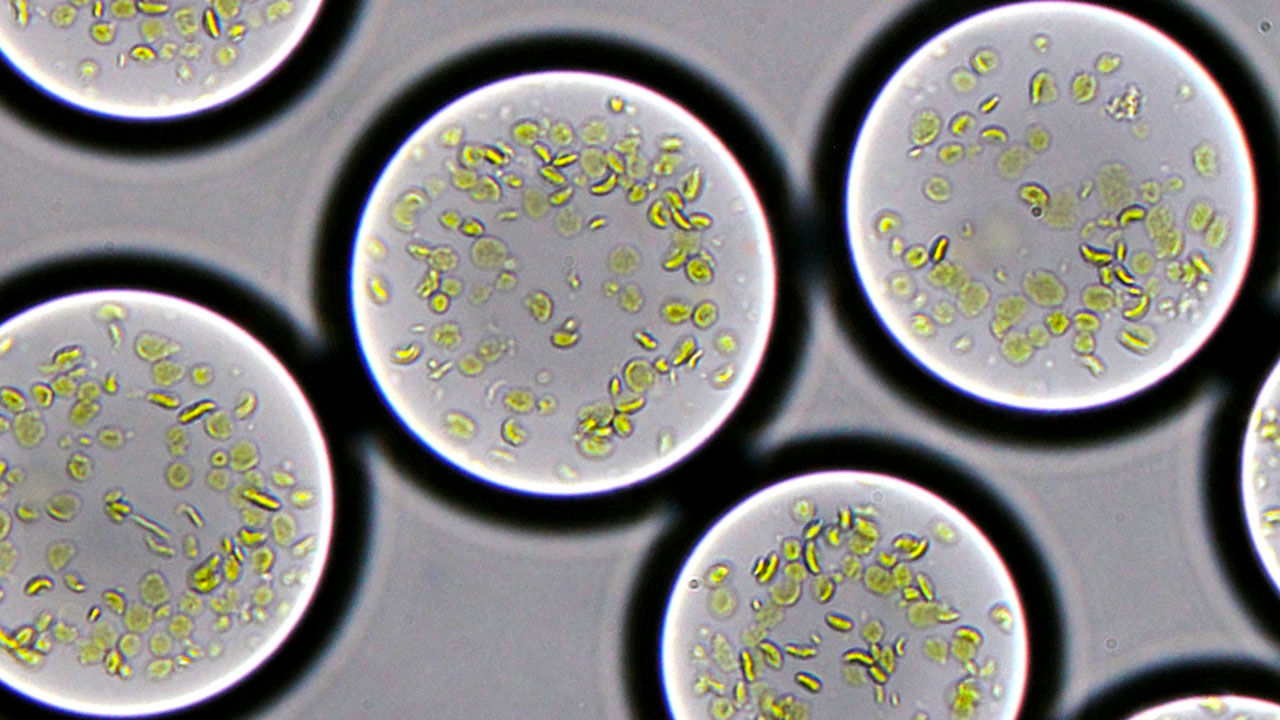 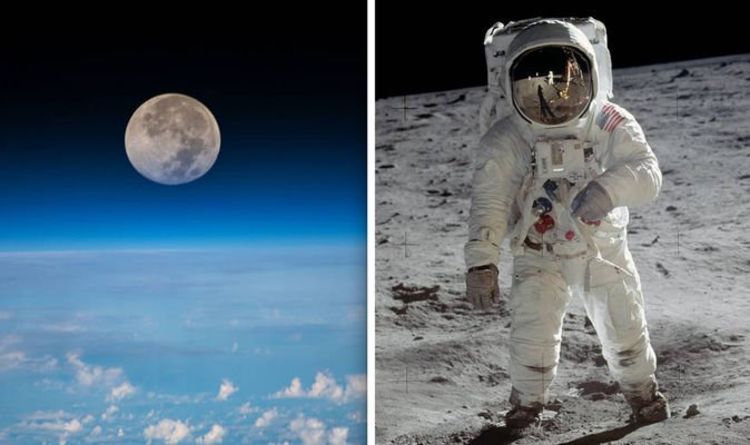 NASA achieved the unattainable on July 20, 1969, when three American astronauts carried out the greatest exploration mission of them all. Astronauts […] 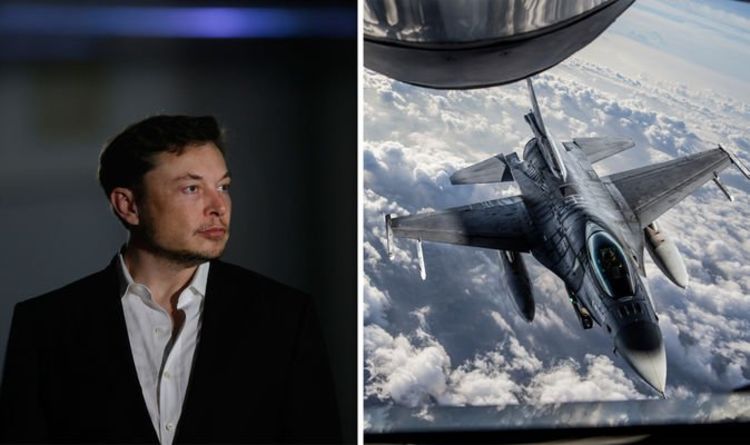 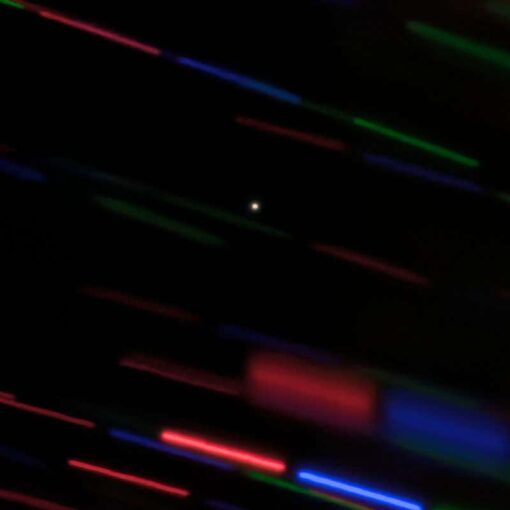 By Leah Crane International Gemini Observatory For a brief period this year, Earth had an extra moon. The object, called 2020 CD3, […]