The device will transform space exploration and be used in taking humanity to distant planets, like Mars. NASA said in a statement: “This new atomic clock will make spacecraft navigation to distant objects in space, on the journey to Mars, for example, more autonomous. It will make a huge improvement to how spacecraft are currently navigated.”

Scientists hope the Deep Space Atomic Clock will allow spacecraft travelling in deep space to act on their own, without much communication with Earth.

In order to know a spacecraft’s location within a small margin of error, astronomers need very precise clocks that can measure billionths of a second, according to NASA.

They also need clocks that are extremely stable.

“Stability” here refers to how consistently a clock measures a unit of time.

Eric Burt, an atomic clock physicist at the Jet Propulsion Laboratory said: ”The fact that the energy difference between electron orbits is such a precise and stable value is the key ingredient for atomic clocks.

“It’s the reason atomic clocks can reach a performance level beyond mechanical clocks.”

While you’d think that clocks always measure the same length of time as a second, clocks have a tendency to drift and slowly mark longer and longer times as a second.

For measuring the locations of spacecrafts in distant space, astronomers need their atomic clocks to be consistent to better than a billionth of a second over days and weeks.

It would take 10 million years for NASA’s atomic clock to be wrong by a whole second, according to NASA.

But, environmental changes such as different temperatures can cause changes in the atoms themselves, and lead to frequency errors in atomic clocks.

The Deep Space Atomic Clock won’t be subject to such environmental changes, according to NASA, and so will be 50 times more stable than the clocks used on GPS satellites.

After the clock launches Monday, scientists will be able to begin testing the clock’s precision as it spends days, then months in orbit.

Yelp is accusing Google, its longtime rival in local search, of scraping photographs of local businesses from Yelp and other sites for […]

Scientists dream of storing captured CO2 emissions underground, but it can be tricky to find pockets for storing those emissions — Earth’s […] 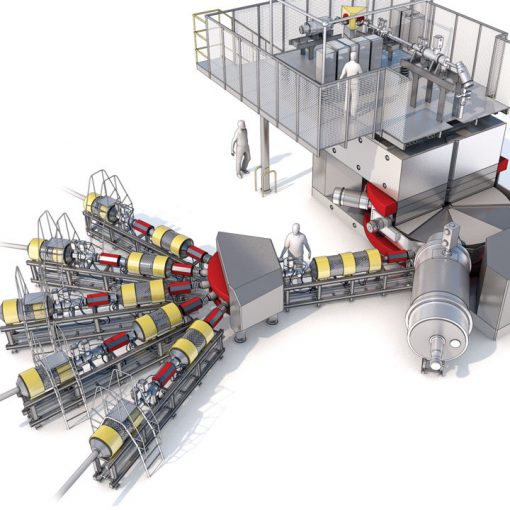 Russia’s Superheavy Element Factory will attempt to synthesize element 120—a potential island of stability now that element 114 has been ruled out. […]