In a 1975 Senate hearing, the legendary civil rights lawyer Jack Greenberg had something to say to freshman Sen. Joe Biden.

Greenberg, longtime director of the NAACP Legal Defense Fund, took Biden to task for sponsoring a bill that would limit the power of courts to order school desegregation with busing. It was a move that followed the wishes of many of Biden’s white constituents in Delaware.

The bill “heaves a brick through the window of school integration,” said Greenberg, one of the lawyers who had won the Brown v. Board of Education case that ended legal school segregation 21 years earlier. And according to Greenberg, Biden was the man with his hand on the brick.

Biden’s role in fighting student busing more than four decades ago has received renewed attention after the 76-year-old presidential candidate touted his ability to compromise with segregationists during his long Senate career. Biden said he disagreed strongly with these Southerners’ views but needed to work with them to get things done. Biden’s comments set off a firestorm among his political rivals and some political analysts, who described his language as offensive and anachronistic.

But political experts and education policy researchers say Biden, a supporter of civil rights in other arenas, did not simply compromise with segregationists — he also led the charge on an issue that kept black students away from the classrooms of white students. His legislative work against school integration advanced a more palatable version of the “separate but equal” doctrine and undermined the nation’s short-lived effort at educational equality, legislative and education history experts say.

“Biden, who I think has been good overall on civil rights, was a leader on anti-busing,” Rucker Johnson, author of the book “Children of the Dream: Why School Integration Works,” said. “A leader on giving America the language to oppose it despite it being the most effective means of school integration at that time.”

That, of course, is not how Biden sees it.

On Saturday, Biden defended his work with segregationist senators in an interview with the Rev. Al Sharpton on MSNBC: “You got to deal with what’s in front of you and what was in front of you was a bunch of racists and we had to defeat them.”

After this article was originally published, Biden’s national press secretary, Jamal Brown, emailed a statement saying that Biden was never opposed to integration, and in fact supported the concept. But he said Biden opposed Delaware’s busing methods, and included statements from black activists in Delaware who also opposed busing.

“He never thought busing was the best way to integrate schools in Delaware — a position which most people now agree with,” Russo told The Washington Post in March. “As he said during those many years of debate, busing would not achieve equal opportunity. And it didn’t.”

In 1975, Biden was representing a state where one of the first major urban school desegregation plans had been ordered by a court. Many white parents in the Wilmington area were angry. In response, Biden sponsored not just the bill limiting courts’ power but also an amendment to an appropriations bill that barred the federal government from withholding funding from schools that remained effectively segregated.

The amendment went beyond the busing issue, affecting school systems that effectively separated students by race whether or not they used busing. Co-sponsors included segregationist Sens. Jesse Helms, R-N.C., and Strom Thurmond, R-S.C. The amendment passed the Senate on a 50-43 vote, including majorities of both Democrats and Republicans. (Biden was not alone among northern Democrats who supported it — in that group, 14 supported the amendment and 26 opposed it, according to the Congressional Quarterly.)

When Biden rose to defend the amendment, he said that the “assignment of schools and/or classes because of a person’s race … is a counterproductive concept that is causing more harm to equal education than any benefit.”

A 1977 report on school desegregation by the Civil Rights Commission, a federal agency, described Biden’s activities as stymieing school integration.

Federal data analyzed by Johnson and other researchers shows that busing succeeded in narrowing racial achievement gaps before frontal assaults and legislative maneuvers by Biden and others rendered it easier for districts under court order to be released from integration demands. America’s school integration efforts lasted, all told, no more than 15 years, Johnson said.

Johnson has reviewed data on more than 10,000 students from this period, who were studied for decades afterward. He found that black adults who spent the most time in integrated schools attained more education, completed college, maintained better health and earned higher incomes than peers who spent less time or no time in integrated schools. All of this happened without any reduction in white student grades or outcomes, the data shows. And white adults who attended integrated schools reported better understanding of issues affecting nonwhite Americans.

“Integration is a social good which also happens to make for high-quality education,” said Johnson, an economist and professor of public policy at the University of California, Berkeley. “It is also the one thing that has worked but the one thing most people don’t want to talk about and many people fight if we even try.”

Biden was particularly effective in fighting integration because he did not use the overtly racist language of the segregationists, who warned of race mixing and black inferiority, Johnson said. Instead, Biden, along with other centrists and liberals, talked about “forced busing,” “local control” and “parents’ rights.”

At the time, Biden said the solution was not busing but creating better schools everywhere, something the country has failed to accomplish.

That idea has shown up all over the country in recent years, in school assignment fights from Brooklyn to Birmingham. It is dressed up but essentially an argument for separate but equal schools, Johnson said.

Apart from the busing issue, Biden developed a legislative history in other areas key to black Americans over his decades in the Senate. It includes support for fair housing, employment and voting rights, as well as credit and lending equality and opposition to the apartheid in South Africa.

Today, Biden has an army of defenders in the Congressional Black Caucus and in Democratic political circles.

Former Rep. Lee Hamilton, D-Ind., described Biden as an inclusive, energetic supporter of civil rights — and said the busing issue was an exception.

“He disappointed, if you would, mainstream progressive Democrats, including me, and yet I considered him an ally in most fights and was always glad to have him on my side,” Hamilton said.

But to critics, Biden’s cozy familiarity with deal-making among white men does not pair well with the often uncomfortable, sometimes disruptive, work of creating equality.

“Is this the model of politics and government that he’s operating in today?” said Brenda Carter, director of the Reflective Democracy Campaign, which aims to change the demographics of political power.

These critics want to know whether Biden would be an ally in this fight for equality. While children of color comprise the majority of students in public K-12 classrooms, most attend low-quality, highly segregated schools.

“For those of us who didn’t have any power and had no seat at the bargaining table, this is part of the reason we are so deeply in need of bodacious, radical reforms today,” said LaTosha Brown, co-founder of Black Voters Matter, which advocates for expanded voting access.

Biden’s use of “not segregationists but avowed racists as a reference point for how you work across the aisle,” she said, “begs the question of literally who is he trying to appeal to.” 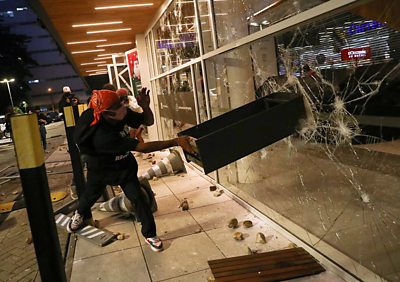 Protests have erupted on the streets of Brazil after a black man was killed by two white security guards. Footage showed Joao […] 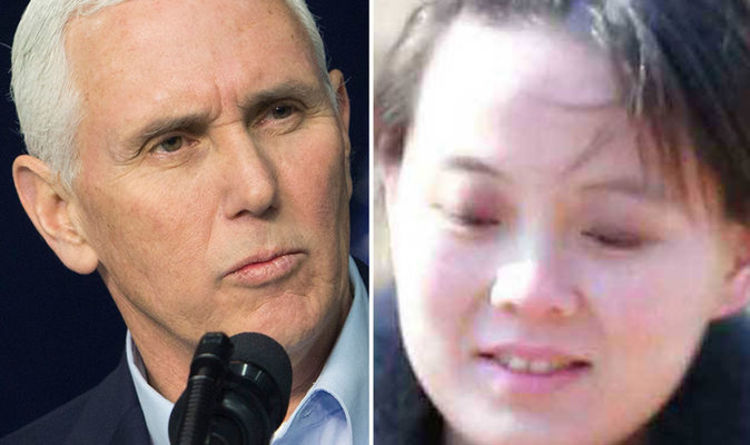 The opening ceremony’s potentially awkward seating arrangement comes after a decades-long dispute between the US and North Korea, which has intensified as […] 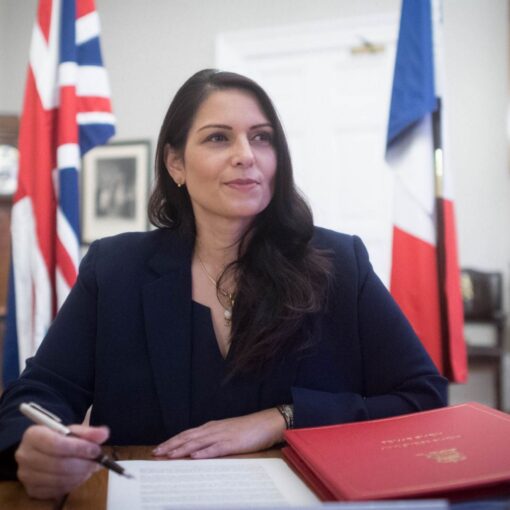 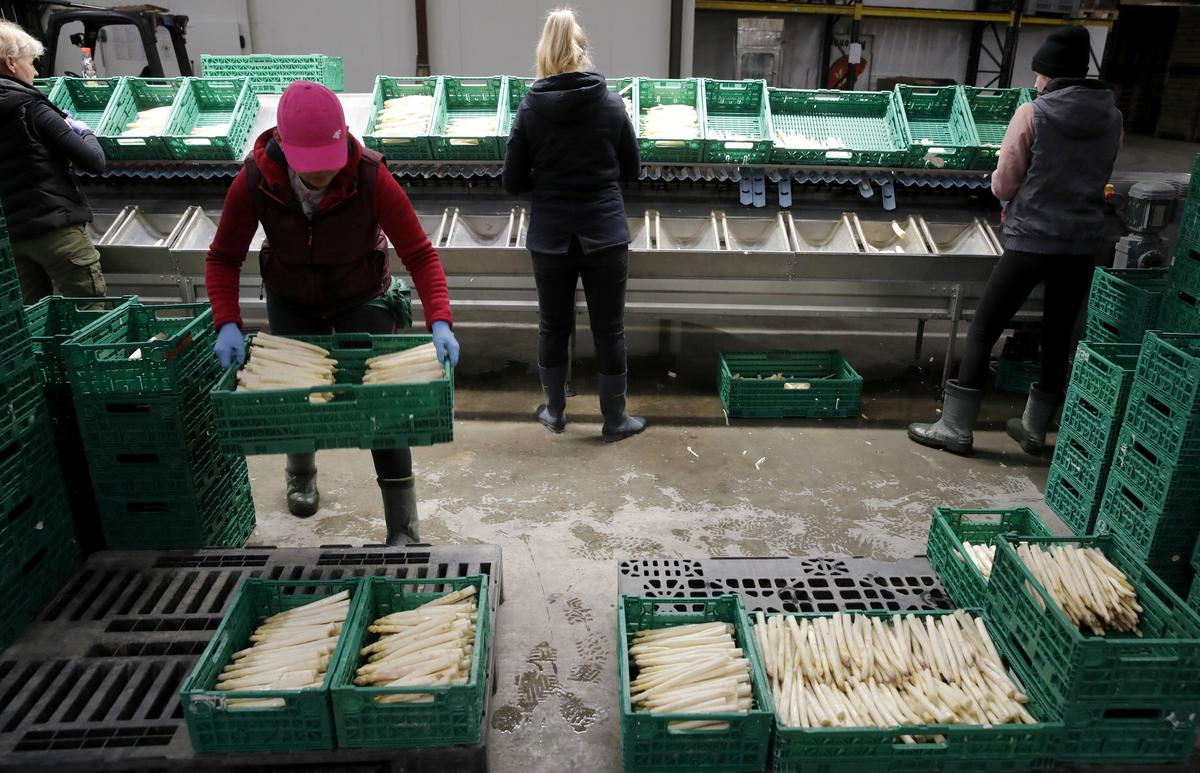