Israel Folau’s fundraising page for his legal challenge against Rugby Australia has been taken down for breaching GoFundMe’s terms of service, the digital fundraising platform said, with all donors to be refunded.

The rugby star had collected more than $750,000 as of Sunday night as he sought donations from the public for his legal fight, with a $3m target.

But on Monday GoFundMe Australia removed the crowdfunding page. “As a company, we are absolutely committed to the fight for equality for LGBTIQ+ people and fostering an environment of inclusivity,” said its manager, Nicola Britton.

“While we welcome GoFundMes engaging in diverse civil debate, we do not tolerate the promotion of discrimination or exclusion … Our platform exists to help people help others.”

Folau had his $4m employment contract terminated in May, after he made social media posts saying “hell awaits” homosexuals, which were deemed in breach of its code of conduct, and after previous warnings from Rugby Australia not to denigrate people on the basis of their sexuality.

The player announced he would challenge the decision in court and set up a GoFundMe account asking for donations to “stand up for the word of God”.

But on Monday morning the page was removed. “After a routine period of evaluation, we have concluded that this campaign violates our terms of service,” Britton said.

GoFundMe’s terms of service say it can take down funds that are “for the legal defence of alleged crimes associated with hate, violence, harassment, bullying, discrimination, terrorism or intolerance of any kind relating to race, ethnicity, national origin, religious affiliation, sexual orientation, sex, gender or gender identity or serious disabilities or diseases”.

Folau’s GoFundMe had also been heavily criticised over the past week for asking for public money. His former Wallabies teammate Drew Mitchell accused Folau of “greed” after his fund received more donations than accounts for disadvantaged and sick children.

“YOU are in a fight that YOU chose to be in after YOU broke the terms of YOUR contract,” he wrote. “The kids below are in a fight they NEVER wanted to be in & yet YOU think YOU deserve donations more than they do?”

Rugby Australia’s chief executive, Raelene Castle, said: “From our perspective [GoFundMe] is a place where sick children get support, so it’s certainly not a strategy we think is appropriate.”

On Monday Britton said GoFundMe was a platform for “acts of kindness”.

Prime minister Scott Morrison declined to weigh in on the issue on Monday.

“I think that the issue has had enough oxygen,” he said.

Some donors said on Twitter that they were looking for other avenues to donate to Folau’s legal costs.

The controversy has also extended to Folau’s wife Maria, who plays netball for the Adelaide Thunderbirds. Maria Folau reposted her husband’s GoFundMeCampaign on social media.

“While Netball SA in no way endorses the reposting, we do not believe Maria has contravened our social media policy,” Netball South Australia chief executive Bronwyn Klei said in a statement.

“Maria is a key member of the Thunderbirds. Not only has she provided great strength and leadership on court, she attends and works with netballing clinics, spends a lot of time with fans, engages with local communities and passionately encourages young kids with their netball dreams. We continue to support her as we support all our players.”

Klei clarified her organisation does not endorse the repost and is committed to diversity and inclusion.

Netball great Liz Ellis was furious with the code’s response.

“As much as I love watching ⁦Maria Folau play netball I do not want my sport endorsing the views of her husband,” Ellis tweeted.

In his initial plea, Israel Folau said the account was “solely to fund the rest of my action in court”.

“My faith is the most important thing in my life. I try to live my life according to the Bible and I believe it is my duty to share the word of the Bible,” he said.

“My wife Maria and I have already spent over $100,000 of our own money, and that was just to try and deal with Rugby Australia’s internal tribunal processes. The money I am asking for is solely to fund the rest of my action in court.” 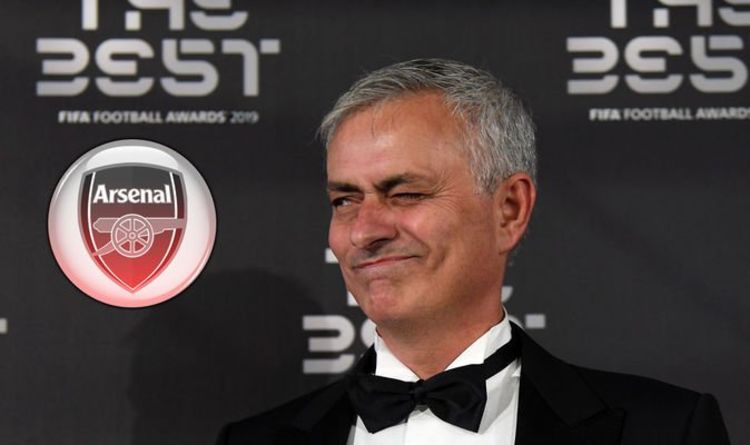 Arsenal are reportedly looking to hire Jose Mourinho if they decide to call time on Unai Emery’s tenure at the Emirates. That’s […]