“Toy Story 4” arrives in theaters this weekend, a quarter century after Pixar released the original. In most normal circumstances, such a delayed fourth installment of a beloved franchise would seem like a terrible idea. But Pixar isn’t just any production house. Out of its 21 feature film releases, 19 have been box office successes, bringing in over $150 million apiece at the box office. And “Toy Story” isn’t just a normal franchise, either. It’s Pixar’s flagship story for a reason.

The first “Toy Story” movie came out in 1995. It was Pixar’s first feature film, and the first fully 3D, computer-animated commercial feature film released in theaters. That in itself would have drawn audiences, but the movie was actually good as well. The story of two toys, a cowboy named Woody (Tom Hanks) and a spaceman named Buzz Lightyear (Tim Allen), the plot found a way to be both funny and touching in a timeless way.

In most normal circumstances, such a delayed fourth installment of a beloved franchise would seem like a terrible idea. But Pixar isn’t just any production house.

It also made the production house an instant major player in the animation world, a position it solidified with the release of “Toy Story 2” in 1999, which introduced Woody’s female counterpart Jessie (Joan Cusack). Generally considered to be Pixar’s two most perfect films (both have the rare 100 percent fresh rating on critical aggregator Rotten Tomatoes), there was considerable concern when the franchise was revived with “Toy Story 3” in 2010, after being bought by Disney in 2006.

But Pixar was savvy in how it brought the story back, using that 15-year gap between the first and third film to make the story stronger. Fans watched as Woody’s owner Andy aged with them, from toddler to high school; in the third film he heads off for college, but not before giving his toys to the neighbor so that a new toddler, Bonnie, can love them all over again. “Toy Story 3” felt like a good endpoint, both for Andy’s story and for the franchise. How could “Toy Story 4” possibly find more to say, another ten years on? And yet, Pixar once again shows that good stories come to those who wait, and that a sequel is always welcome if a good idea is driving it.

In this case, the fourth “Toy Story” argues this was never Andy’s story to end. It was, from the beginning, a story about Woody, an immortal character, doomed to love mortals who will eventually grow up and move on. But what happens to the toys who are left behind?

While some of Andy’s toys are standing the test of time — the Potato Heads, the Plastic T-Rex, the Slinky Dog — Woody is not. He’s not mayor of the toy box anymore, that honor is held by Bonnie’s toy Dolly (Bonnie Hunt). And besides, Bonnie prefers her cowgirl Jessie, leaving Woody sitting in the closet with the dust bunnies. But in a twist, his lesser status makes Woody the perfect toy to sneak into kindergarten with Bonnie, since no adults will notice he’s missing. There, he bears witness to Bonnie’s creation of a new friend, Forky (Tony Hale), made from a couple of googly eyes, a pipe cleaner, a popsicle stick and a spork. (Forky is horrified to discover himself alive and separated from his beloved trash compatriots.)

Want more articles like this? Sign up for the THINK newsletter to get weekly updates on the best pop culture news and analysis

Woody’s devotion to making sure Bonnie’s new chosen bestie doesn’t toss himself in the nearest recycling bin drives the majority of the action, but the story is emotionally more complicated than that. Woody is a toy who has always struggled with the idea he would one day become obsolete. The conflict in the first two “Toy Story” films is based on this notion, first as Woody fears being replaced by Buzz and then as he must choose between becoming collectible (as part of a set with Jessie) and remaining a child’s toy for as long as it lasts.

Woody’s choice in “Toy Story 2” to stay a play thing for as long as possible now comes full circle. Bonnie isn’t really interested in Woody at all, preferring literal trash. It’s a reminder that kids become attached to the most unpredictable things, and that not all kids are as loyal as Andy was towards Woody.

“Toy Story 4” leads Woody to antique stores, playgrounds and carnivals — the places where toys go when they become the plastic versions of empty nesters. Woody finds a world where toys either hope one day a new child will adopt them, or live wild and free to be played with by any child who comes along for a couple of hours. Along the way, he meets his old flame, Bo-Peep (Annie Potts), who was mysteriously absent from “Toy Story 3.” But even with the promise of open road and adventure, Woody can’t quit his belief that there is nothing better in life than being a child’s toy — even if that child doesn’t really love you back.

Bonnie isn’t really interested in Woody at all, preferring literal trash. It’s a reminder that kids become attached to the most unpredictable things.

The movie perhaps gets a little overstuffed with voice actors racing to board “Toy Story’s” continuing success, with everyone from Christian Hendricks, Keanu Reeves, Keegan-Michael Key, Jordan Peele and Ally Maki making appearances as various playthings. On top of the new cast, the movie also has to find room for Buzz and Jessie and all the rest of toys left behind to realize that they too should have taken Bonnie’s love of Forky as seriously as Woody did. And yet everyone gets time to tell their story, whether it’s Duke Caboom or Buzz Lightyear. Everyone has their moment in the spotlight.

Ultimately, “Toy Story 4” brings final closure to the tale it began in 1995, as Woody finally finds his place in this post-Andy world. One hopes that this is the true ending of the “Toy Story” franchise — it certainly feels like it is. But then again, so did “Toy Story 3.”

WASHINGTON (Reuters) – A U.S. Navy destroyer is believed to have a significant coronavirus outbreak on board as it carries out a […] 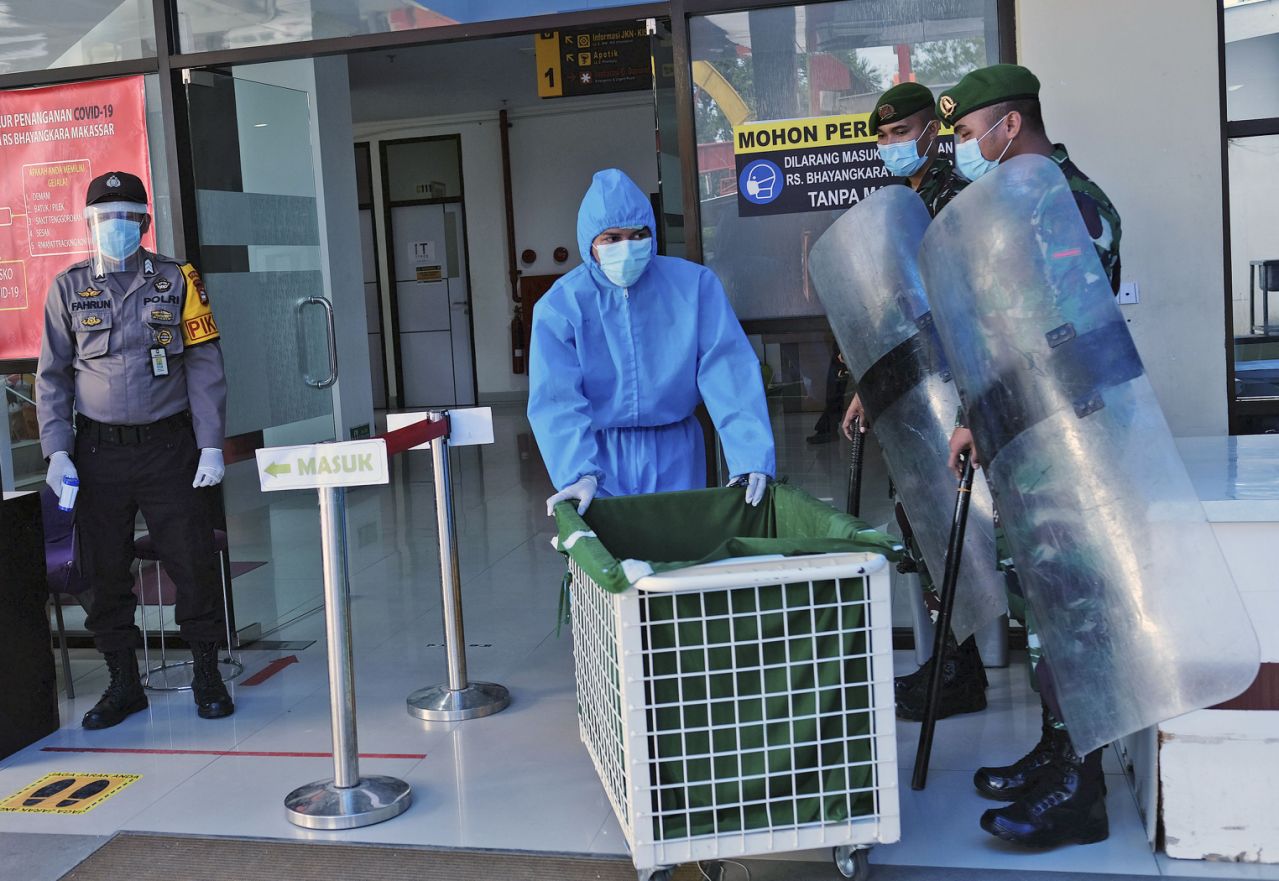 JAKARTA, Indonesia (AP) — The mob of over 150 people who forcefully took Muhammad Yunus’ cadaver from a hospital in eastern Indonesia […] 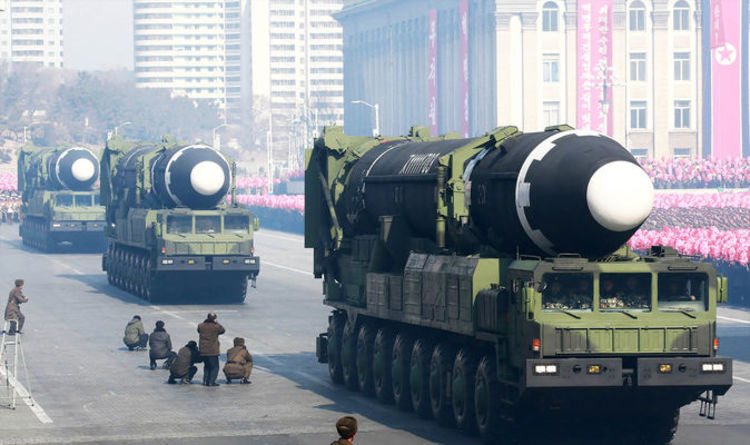 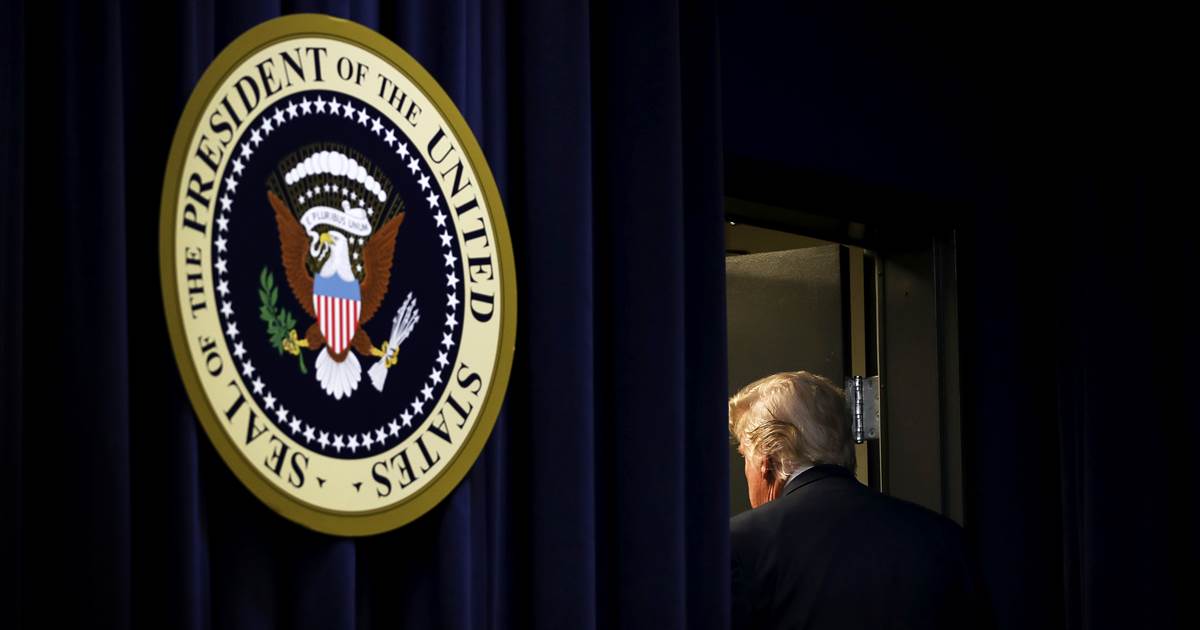 WASHINGTON — President Donald Trump has insisted that he seeks peace — not war — with Iran. His decision to kill Qassem […]