It’s been four years now since Bigelow Aerospace filed its application with the Federal Aviation Administration seeking “a license to land on the moon” and set up the world’s first privately owned commercial space station.

It’s been three years since Moon Express actually won such a license, with plans to set up a lunar mining operation.

And it’s been two years since Brown University researchers, reviewing data from moon rocks retrieved by the Apollo 15 and Apollo 17 moon landings back in the 1970s, concluded that there may be something worth mining on the moon. (Hint: It’s moon water, or more specifically, ice that could be melted and then separated into liquid hydrogen and liquid oxygen for use as rocket fuel.)

Now, however, it seems there may be something even more substantial to be mined from the moon. The only question is: What is it?

That was the question a lot of investors were asking themselves last week, when the media got hold of a report from Baylor University scientists, published by the American Geophysical Union, to the effect that a “conspicuous mass excess” had been discovered just under the lunar surface.

Speculation began immediately. Could the mass be the mineral remains of an asteroid that impacted the moon? Or perhaps it’s some weird by-product of the moon’s cooling process, which shifted part of its metal “core” near the surface of the satellite?

Whatever this mass is, topography data from NASA’s Lunar Orbiter Laser Altimeter, paired with global gravity data from two NASA Gravity Recovery and Interior Laboratory spacecraft, confirm that it exists — and that it weighs 2.18 x 10-to-the-18th-power kilograms at least, and extends to “depths of more than 300 km” below the lunar surface.

That’s a huge heap of… something. But again: What is this something?

A mountain of metal — as big as Hawaii

Fans of famed astrophysicist Neil deGrasse Tyson may wonder if it’s gold. After all, as Tyson reminded us in an interview back in 2017, there are almost certainly asteroids loaded with precious metals — and “the man who first learns to mine asteroids and bring back their minerals to Earth will become the first trillionaire.”

Could Baylor’s scientists have found such a huge pile of gold buried on the moon?

That’s probably too much to hope for, but it’s almost certainly some kind of metal. Baylor University planetary geophysics professor Dr. Peter James offers this poetic description of the discovery: “Imagine taking a pile of metal five times larger than the Big Island of Hawaii and burying it underground. That’s roughly how much unexpected mass we detected.”

A huge discovery, and practically free for the taking

Baylor’s team theorizes that the mass might be composed of “oxides from the last stage of magma ocean crystallization” — in a word: iron. And, granted, that may not sound too exciting if you were hoping for gold. But consider that a single kilogram (much less 2.18 x 10-to-the-18th-power kilograms) of water, gold, iron, or anything, really, costs about $20,000 currently to lift off from Earth and into orbit.

This mass, however, is already in orbit — put there for free.

Fact is, even 2.18 quintillion kilograms of mere iron, already in orbit around Earth, is a pretty big deal, economically speaking. It’s a resource that could be used to build housing, factories, entire moon bases — even spaceships — in situ on the moon, without the expense of “importing” iron from Earth.

Already, we’ve seen companies including Moon Express and Planetary Resources, and even entire countries such as Canada and Luxembourg, express interest in mining the solar system’s planets, satellites, and asteroids for metal riches. If the Baylor scientists’ findings are confirmed, then this Hawaii-sized pile of metal on the moon would create a real incentive, and the beginnings of a sound business plan, for mining the moon.

It would also, not incidentally, provide an ideal target location for NASA to aim for as it develops its plan to return America to the Moon in 2024. After all, NASA Administrator Jim Bridenstine said earlier this year, writing for a NASA blog, that “this time, when we go to the Moon, we will stay.” Having a ready source of raw materials to mine and refine at the landing spot would make “staying” on the moon a whole lot more convenient.

But NASA had better act fast. According to the Baylor scientists’ report, this huge pile o’ metal on the moon is buried underneath the South Pole‐Aitken basin on the far side of the moon — the very site where China landed its Chang’e-4 spacecraft and Jade Rabbit 2 moon rover in January.

The race is on. And this time, it’s a race not just to reach the moon — but to mine its riches as well. 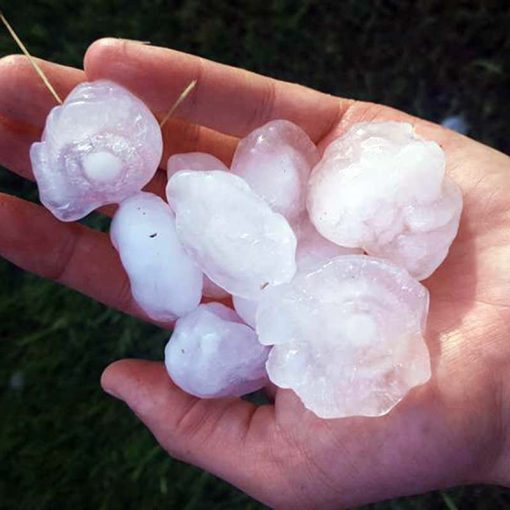 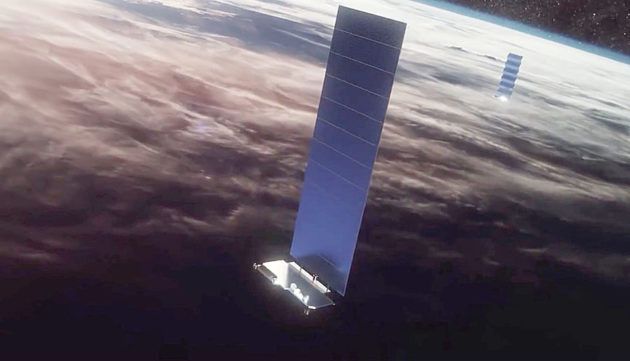 An artist’s conception shows the deployment of SpaceX’s Starlink satellites. (SpaceX Illustration) SpaceX is seeking approval from the Federal Communications Commission for […] 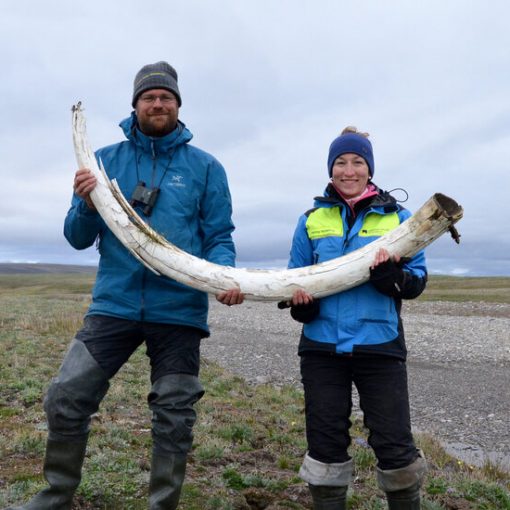 Imagine an elephant, yet dramatically taller as well as larger as well as with longer tusks. That’s the Columbian mammoth, an enforcing […]