The hotel’s breakfast buffet is still doing brisk trade when Phil Neville takes a seat in a quiet corner and reflects on the night before. England’s coach reveals that his reward for choreographing the 2-0 victory against Japan in Nice last week was a rare exemption from a daily 6am run. “I went for a swim instead,” says the now deeply tanned Lionesses coach. “It was great.”

It is not yet 10am in the wooded hills above Antibes but already a searingly hot sun warms the circular pool visible through the plate glass doors behind him. Not that Neville is in holiday mode. His side have won three games out of three and, having topped their group, face Cameroon in Sunday’s last-16 match at the other end of France in Valenciennes, but nagging doubts linger. The Lionesses are a little goal-shy while passages of convincing play are sometimes tempered by prolonged slapdash interludes.

“Yes, it does frustrate me,” acknowledges Neville, who preaches a slick passing, possession game. “I’m looking for something that may take a long time to achieve, that total domination for 90 minutes. I sometimes expect more of them … but maybe no team can do it for 90 minutes.

“My expectation levels are probably higher than what’s achievable. But I have to keep pushing the standards. And so far I’ve seen nothing in this tournament that gives me fear. I’ve seen nothing that makes me go: ‘Oh dear me, if we play them we’re going to struggle.’”

Not that he is underestimating Cameroon. “Our biggest tests are going to be against teams like that, the teams that we’re expected to beat but will sit low and really try to stifle us,” he says. “My players are looking forward to the games where teams will come out at us, give us more spaces to play and to counterattack. But it’s been a fantastic tournament in terms of the quality. “The goalkeeping has been unbelievable. We’ve played against three goalkeepers who have produced saves I’ve never seen in women’s football.”

The heightened calibre of competition has partly informed Neville’s penchant for rotation. No coach in France has refreshed his side more than England’s. He explains the eight changes he made in the defeat of Japan stemmed from a decision to profile tactically each squad member.

“We pick players on their profiles,” he says. “Over the years I’ve learned that, if you have one cog that’s not quite right in the system, that flow of how you want to play can’t work.

“If you’ve got a centre-back that can’t dribble the ball out in a certain game, you can’t have tactics to play from the back. It’s why we change our goalkeeper sometimes. The profiles of Karen Bardsley and Carly Telford are really different. It’s not science, it’s common sense, it’s playing the right players in the right positions for the style of football you want to implement in a specific game.”

It is an ideology provoked by conversations with Louis van Gaal at Manchester United. “I remember him talking about the importance of playing a left-footed centre-back,” says Neville. “If you have a right-footed one on the left the movement isn’t as quick or as smooth. I thought long and hard about Van Gaal’s analysis and it’s exactly right. It’s why I pick players for certain reasons.”

Indeed form does not necessarily inform team sheets. “Form helps,” says Neville. “But I go on the basis that I trust the player in a particular game, more than saying: ‘You’re not in form, so you’re not playing.’ The players think it helps them to perform if you put the right people around them. Georgia Stanway did very well against Japan but she had players around her who helped her perform the way she did.”

Some say his team lack the nasty streak apparently patented by a formidably ruthless USA, potential semi-final opponents. “The USA have got that run-over-anyone-to-get-that-victory mindset,” says Neville. “You see that in what they all demand from each other. They’ve got the best mentality. That’s what winning teams do; they’re not afraid to fall out with each other. When I first came into this job there was a real niceness around the camp but I encourage my players to challenge each other.”

It would be difficult to spend any time in his company and not conclude that Neville is almost unfailingly nice. Sometimes this aspect of his character makes the job tough. “The hardest bit is team selection,” he agrees. “It’s the hardest five-minute meeting you’ll ever have. When you care for a set of players that does leave something on you. That’s the ruthless side I’ve now got to produce. Our style of play is non-negotiable but we also have to become ruthless serial winners.

“That’s why players sometimes need to give each other an old-fashioned bollocking. You can’t go through a game without saying to someone: ‘Come on, you need to be better than that, your passing needs to be better, work harder, stay with runners.’ It can’t always be: ‘Thanks, well done’ nicey-nicey. Yes, there are certain standards and tones of voice we want them to use with each other. That’s a respect thing but they are demanding of each other now, they’re self-managing and self-policing.

“We now have a team that goes into a huddle and calls each other out, challenges each other and sorts out problems for themselves.”

Stylistically and tactically England may remain a work in progress but it sounds as if Neville has mastered the art of delegation. 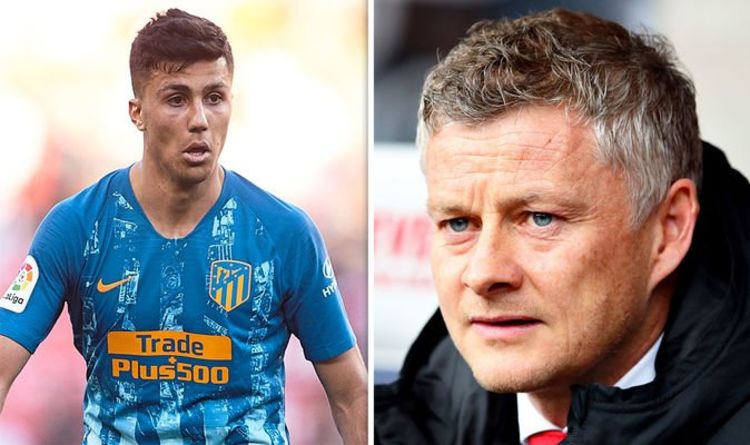 Rodri has been heavily linked with a move to the Premier League in recent weeks. Spanish newspaper Marca today claimed Rodri has […]

Verstappen produced a stunning overtake on Kimi Raikkonen on the final lap to steal third place from the Ferrari driver. And with […]