Murray returned from a five-month layoff this week and there were questions over whether he would ever rediscover any of his old form which saw him rise to No 1 in the world rankings.

However, he has proved the doubters wrong with a string of impressive performances, including knocking top seeds Juan Sebastian Cabal and Feliciano Lopez out of the opening round.

Murray and Lopez had to return for a quarter-final match-up with Dan Evans and Ken Skupski this afternoon as their match was suspended towards the end of the second set due to bad light on Friday.

And they wasted no time in booking their semi-final spot when play resumed. The pair then waited in their courtside seats for Kontinen and Peers to make their way onto Centre Court.

For Lopez, it was to be his third match of the day as he also played a gruelling semi-final singles clash.

The Spaniard, who won the Queen’s title two years ago, set up a final showdown with Gilles Simon with a thrilling three-set victory over Felix Auger-Aliassime.

Despite turning 38 later this year, Lopez showed no sign of fatigue as he partnered Murray with the sun beginning to set.

The pair were given a tough battle by the No 3 seeds and it took until the 11th game to get the first break of the match.

Murray and Lopez led 6-5 as the Brit stepped up to serve for the match.

It has been a while since a big pressure moment like this and the nerves were building as Kontinen and Peers won the first two points.

But that was as good as it got for them as Murray ensured his team won the first set – which was sealed with an ace.

Kontinen and Peers shot out of the blocks in the second set taking a 3-0 lead. But a double fault on break point in the seventh gifted Murray and Lopez a way back into the set.

Murray’s instinctive forehand return got the crucial break in the 11th game to allow himself to serve for the match.

A double fault started what would have been the final game and set the precedent for the remaining deliveries as Kontinen and Peers took the set to a tiebreak.

Murray and Lopez got the early mini-break with a volley close to the net but Kontinen and Peer rallied to win to five as the match headed to a Championship tiebreak.

The tension was at fever pitch in the first-to-10 shootout but Lopez, almost five hours after he first walked onto Centre Court, kept his composure to serve out a 10-7 victory.

Murray and Lopez will face Joe Salisbury and Rajeev Ram in tomorrow’s final after they beat they the Bryan brothers, Bob and Mike.

4.17pm GMT16:17 Preamble Hello. Manchester City used to be Mikel Arteta’s happy place. He did his job, people praised him, and the […] 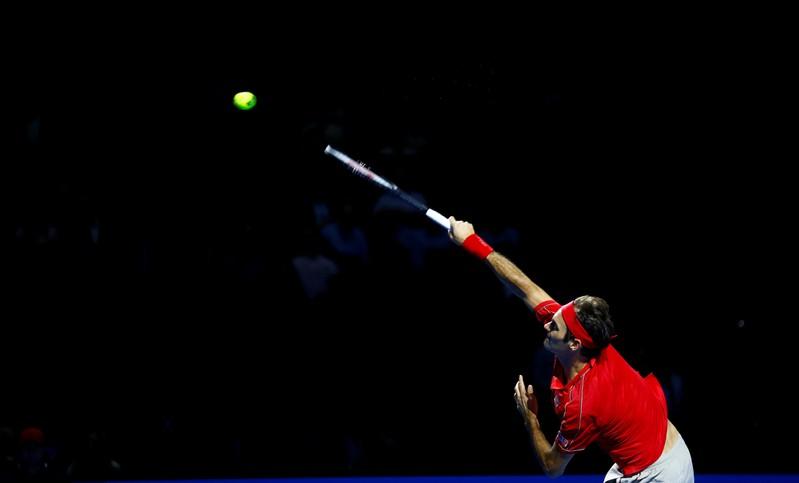 (Reuters) – Marin Cilic and Milos Raonic booked their spots in the Paris Masters second round on Monday, while Roger Federer pulled […] An estimated crowd of 20,000 packed into the Forsyth Barr Stadium in Dunedin Saturday to watch the home side Otago Highlanders host […]