DUBAI (Reuters) – Iranian officials told Reuters on Friday that Tehran had received a message from U.S. President Donald Trump warning that a U.S. attack on Iran was imminent but saying he was against war and wanted talks on a range of issues.

News of the message, delivered through Oman overnight, came shortly after the New York Times said Trump had approved military strikes against Iran on Friday over the downing of a U.S. surveillance drone, but called them off at the last minute.

“In his message, Trump said he was against any war with Iran and wanted to talk to Tehran about various issues,” one of the officials told Reuters, speaking on condition of anonymity.

“He gave a short period of time to get our response but Iran’s immediate response was that it is up to Supreme Leader (Ayatollah Ali) Khamenei to decide about this issue,” the source said.

A second Iranian official said: “We made it clear that the leader is against any talks, but the message will be conveyed to him to make a decision.

“However, we told the Omani official that any attack against Iran will have regional and international consequences,” the official said.

After weeks of rising tension following a spate of attacks on oil tankers in the Gulf region, Iran said on Thursday it had shot down an unmanned U.S. military surveillance drone with a surface-to-air missile.

Trump indicated after the drone’s downing that he was not eager to escalate a stand-off with Iran over its nuclear and ballistic missile activities and support for proxies in various Middle East conflicts.

He said the unmanned drone may have been shot down in error by someone who was acting “loose and stupid”, though adding: “This country will not stand for it.”

The incident aggravated global fears of direct military confrontation between the longtime adversaries.

The New York Times quoted a senior administration official as saying U.S. warplanes took to the air and ships were put in position for a retaliatory attack, only for an order to come to stand down without any weapons being fired.

Targets had included Iranian radar and missile batteries, the paper cited senior administration officials involved in, or briefed on, the deliberations, as saying.

The strikes were set for early in the day to minimize risk to the Iranian military or to civilians, the Times added. It was unclear if attacks on Iran might go ahead later, it said.

Russia accused the United States of deliberately stoking dangerous tensions around Iran and pushing the situation to the brink of war.

Some global airlines re-routed flights to avoid Iran-controlled airspace over the Strait of Hormuz and Gulf of Oman after the U.S. Federal Aviation Administration barred U.S. carriers from the area until further notice.

Tensions with Iran have increased since Trump’s withdrawal last year from a 2015 nuclear accord with Iran that he denounced as flawed to Tehran’s advantage.

Washington then imposed fresh sanctions to throttle Iran’s vital oil trade and Iran retaliated earlier this week by threatening to breach limits on its uranium enrichment set by the nuclear deal with six world powers.

The sanctions have choked Iran’s economy, scuttling its oil exports and barring it from the dollar-dominated global finance system, dimming the promise of a trade bonanza for Tehran for having curbed its nuclear capabilities under U.N. monitoring.

Iran said it shot down the unarmed Global Hawk surveillance drone while it was spying over part of its coastal territory. Washington said it was shot down over international airspace in the Strait of Hormuz. Independent confirmation of the drone’s location when it was brought down was not immediately available.

The drone’s destruction exacerbated tensions in the Gulf, a critical artery for global oil supplies where six oil tankers have been damaged by explosions in the past six weeks.

The Islamic Republic has rejected U.S. allegations it was behind the tanker attacks, but global jitters about a new Middle East conflagration disrupting oil exports have triggered a jump in crude prices.

“The U.S. wants the current Iranian regime to come to the negotiating table and to stop their support for terrorism, pursuit of ballistic missiles, nuclear program cover-ups and human rights abuses,” tweeted U.S. Ambassador to Germany Richard Grenell. “Our European partners share these goals.”

European powers – fellow signatories of the nuclear deal with Iran say more evidence is needed to pinpoint responsibility for the tanker strikes.

They have sought to keep the nuclear deal alive despite the U.S. pullout, but Tehran has told them and other world powers who signed the accord that they must rein in Trump’s aggressive stance toward Iran or it too will bow out of the deal.

Saudi Arabia, Washington’s main Gulf ally and the world’s No. 1 oil exporter, said Iran’s aggressive behavior had created a grave situation and the kingdom was consulting other Gulf Arab states on next steps.

U.S. President Donald Trump listens to questions from reporters during a meeting with Canada’s Prime Minister Justin Trudeau in the Oval Office of the White House in Washington, U.S., June 20, 2019. REUTERS/Jonathan Ernst

Iranian Defence Minister Amir Hatami told Iran’s Labour News Agency on Friday Washington was trying set the world against Tehran: “It seems that all of this is in line with an overall policy for creating Iran phobia and creating a consensus against the Islamic Republic.” 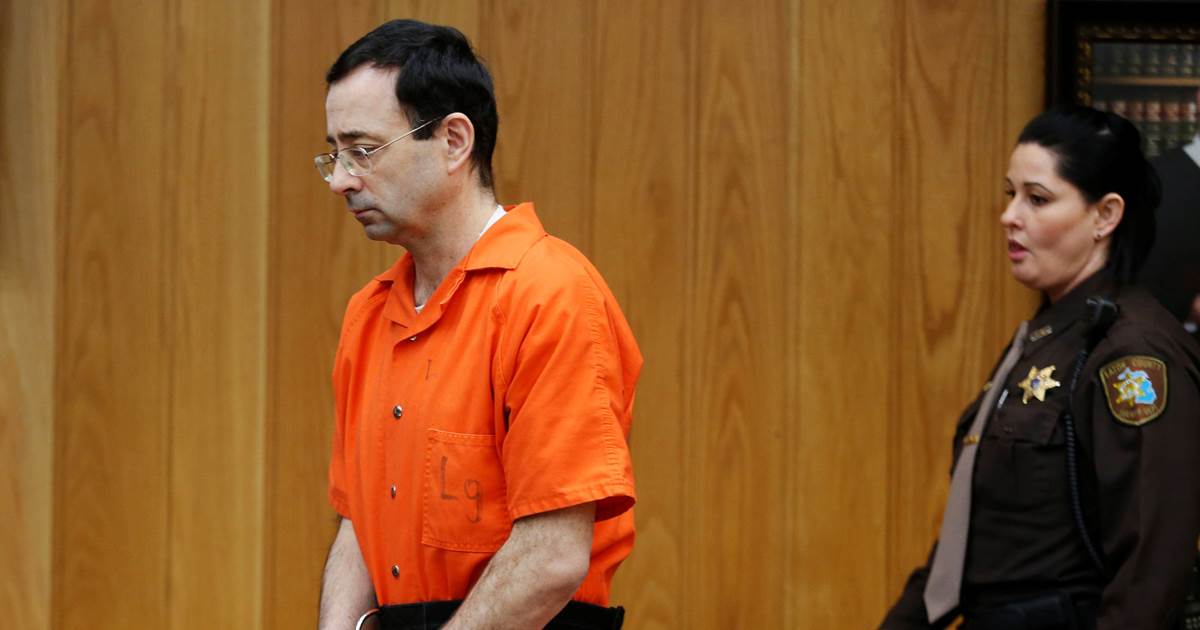 Larry Nassar, the former gymnastics doctor accused of molesting 265 women and girls, has been transferred to a maximum-security federal prison that […] 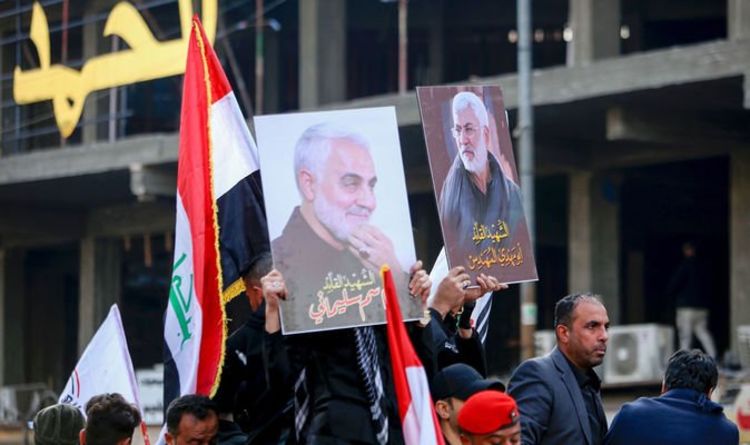 General Qassem Soleimani, the head of Iran’s elite Quds force, was among those killed by US forces on Friday morning near the […] 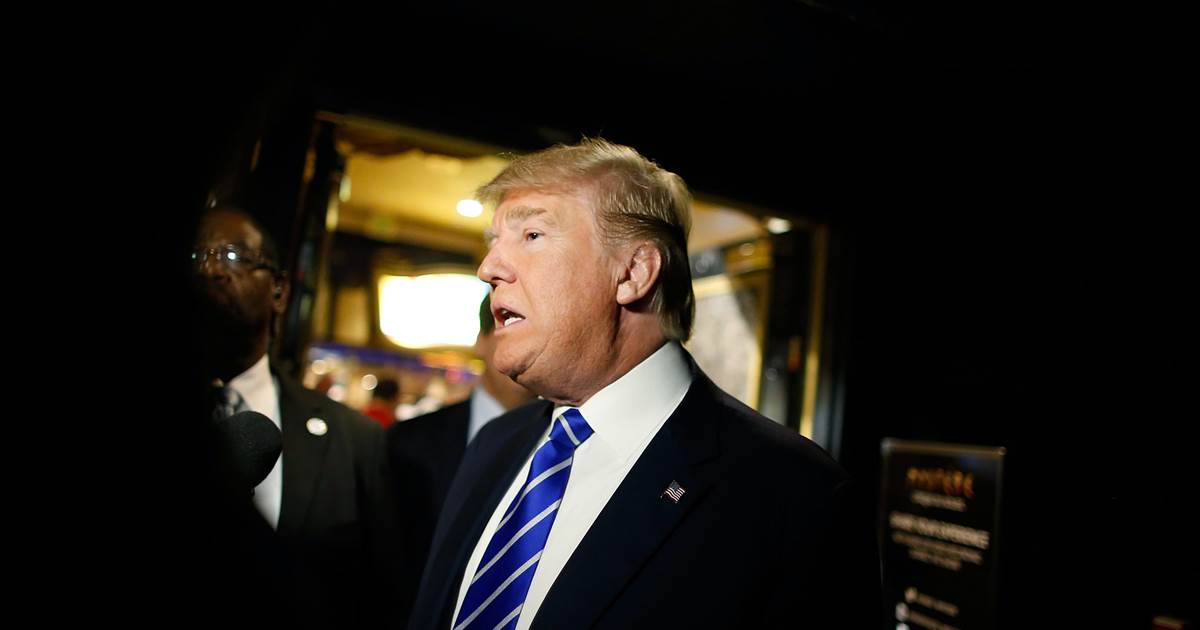