The Atlanta Hawks acquired the No. 4 overall pick in the 2019 NBA Draft from the New Orleans Pelicans for four picks, according to multiple reports an hour before Thursday’s draft was scheduled to begin.

Jun 20, 2019; Brooklyn, NY, USA; De’Andre Hunter (Virginia) speaks to the media after being selected as the number four overall pick for Los Angeles Lakers in the first round of the 2019 NBA Draft at Barclays Center. Mandatory Credit: Brad Penner-USA TODAY Sports

That pick, which the Pelicans acquired from the Los Angeles Lakers in the Anthony Davis deal, became Virginia forward De’Andre Hunter. Like all other trades, the deal cannot become official until July 6.

The Hawks parted with picks No. 8 (Texas center Jaxson Hayes), No. 17 (Virginia Tech guard Nickeil Alexander-Walker) and No. 35 (Brazil forward Marcos Louzada Silva) this year, plus Cleveland’s 2020 first-round pick. In return, the Pelicans sent Solomon Hill, the No. 57 pick (later traded to Philadelphia and then Detroit) and a future second-round pick to the Hawks, ESPN reported.

Atlanta was flush with first-round picks after a deal during the 2018 draft that sent Luka Doncic to the Dallas Mavericks and brought Trae Young to the Hawks.

In other draft-day moves:

—The Indiana Pacers acquired forward T.J. Warren and the No. 32 pick from the Phoenix Suns in exchange for cash, ESPN’s Adrian Wojnarowski reported.

The move clears salary-cap space for the Suns, who would shed the remaining three years and $35 million on Warren’s contract. Warren, 25, contributed 18 points and four rebounds per game last season for Phoenix.

—The Suns then dealt the No. 6 pick in the draft to the Minnesota Timberwolves for the No. 11 pick and forward Dario Saric, according to Wojnarowski.

Saric, 25, moved to Minnesota in the middle of last season in the deal that sent Jimmy Butler to the Philadelphia 76ers. In a combined 81 games, he averaged 10.6 points and 5.6 rebounds in 2018-19, both figures below his career norms.

—The Boston Celtics completed a pair of trades with the Philadelphia 76ers and the Suns, adding a future first-round pick while sending big man Aron Baynes to Phoenix, according to multiple reports.

First, the Celtics dealt the 20th overall pick (Washington wing Matisse Thybulle) to the 76ers for the 24th pick (Virginia guard Ty Jerome) and the 33rd pick (Purdue guard Carsen Edwards). Boston then sent Jerome and Baynes to the Suns for a 2020 first-round pick originally owned by the Milwaukee Bucks.

Reports earlier Thursday said the Celtics were interested in moving Baynes to clear cap space for a big free agent addition, with eyes on Butler and Toronto’s Kawhi Leonard.

—The Memphis Grizzlies traded up two spots with the Oklahoma City Thunder to land Gonzaga forward Brandon Clarke, sending a 2024 second-round pick in exchange, according to multiple reports.

Clarke was taken 21st overall, and the Thunder got 23rd overall pick Darius Bazley, a forward who committed to Syracuse last year before choosing not to play on a team for the past year.

—The Los Angeles Clippers sent the Brooklyn Nets a 2020 first-round pick and the 56th overall pick in Thursday’s draft to acquire the 27th overall pick, according to multiple reports.

The Clippers got Florida State forward Mfiondu Kabengele with the 27th pick, and the Nets got UCLA guard Jaylen Hands at No. 56. The 2020 first-rounder headed to Brooklyn was previously acquired from Philadelphia in the trade of Tobias Harris.

—The New York Knicks traded up eight spots with the Sacramento Kings to get Michigan guard Ignas Brazdeikis at 47th overall. The Kings get Virginia guard Kyle Guy with the 55th overall pick. Compensation for the swap is not yet known. 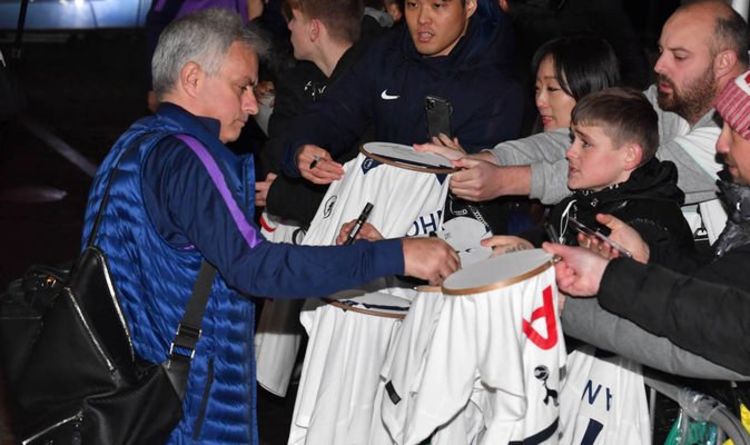 “I’m not a villain, I’m not an enemy but I am the coach that is trying to win against Manchester United. That’s […]

A group of leading footballers, including Harry Kane, Tyrone Mings and Nikita Parris, are to help draw up plans to increase the […] 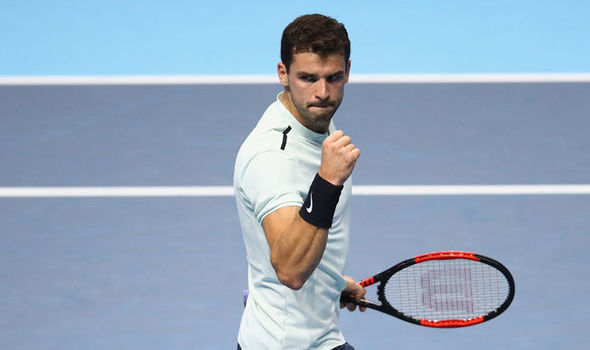 Goffin had beaten Rafael Nadal in a thrilling three-setter on Monday night but despite a day off on Tuesday, he looked all […] 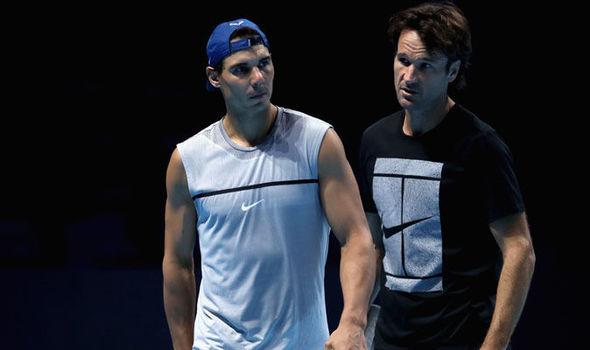 Nadal, 31, cut a buoyant figure this morning as he warmed up at the O2 ahead of the ATP World Tour finals. […]