Greg Garcia had four hits, including a two-run triple as part of a four-run ninth inning, and the San Diego Padres rallied to beat the Colorado Rockies 14-13 in Denver on Sunday.

Jun 16, 2019; Denver, CO, USA; Colorado Rockies infielder Trevor Story (27) makes a throw to first base for an out in the ninth inning against the San Diego Padres at Coors Field. Mandatory Credit: Russell Lansford-USA TODAY Sports

The two teams combined for 92 runs in their four-game series to set a modern-era record. Rockies outfielder Charlie Blackmon homered and had three hits in the finale to set a record for most hits in a four-game series with 15.

Hunter Renfroe hit two home runs for San Diego on Sunday, and Fernando Tatis Jr. had three hits and was a home run short of a cycle. Gerardo Reyes (3-0) struck out the side in the eighth inning to get the win, and Kirby Yates got the last three outs for his 24th save.

The Padres rallied in the ninth for the second time in the series after coming back from six down Friday. Rockies closer Wade Davis (1-2) walked two, Wil Myers cut it to 13-11 with a single and Garcia tied it with his triple.

The Dodgers took a 3-2 lead in the eighth inning when Russell Martin fought off a breaking ball from Steve Cishek (1-4) to dunk a single into left field and score Chris Taylor from second base. Ross Stripling (3-2) pitched a scoreless eighth inning for the victory.

Rafael Devers led off the top of the 10th with a home run while Mookie Betts and Christian Vazquez each added two-run singles in the inning as visiting Boston rallied past Baltimore for its firth straight win.

Boston trailed 3-2 heading into the ninth but Marco Hernandez tied the game with a one-out homer off Mychal Givens (0-4), who also gave up Devers’ blast in the 10th. Brandon Workman (5-1) earned the victory for the Red Sox.

Stevie Wilkerson helped Baltimore try to rally in the 10th with a two-run homer, and Trey Mancini added a solo shot, but it wasn’t enough.

Austin Romine drove in a season-high four runs, and Brett Gardner also had four RBIs for the Yankees, who won for the fifth time in their last 13 games.

Pham hit his 10th home run of the season in the fifth inning to break a 3-3 tie. The Rays tacked on two more runs in the eighth on an RBI single by Yandy Diaz and a wild pitch, important runs after Mike Trout hit a two-run homer in the ninth to cut the deficit to 6-5.

Trevor Bauer notched his first win since April 30 with the first complete-game shutout of his career, rookie Oscar Mercado drove in a career-high four runs and Cleveland cruised past host Detroit.

Bauer (5-6) allowed just four hits and walked none while striking out eight as the Indians swept the three-game series. His last complete-game victory was June 22, 2016.

Tigers starter Spencer Turnbull (3-6) allowed six runs on 10 hits in five innings. Detroit has lost four in a row and dropped 11 of its last 14 games.

Martin Maldonado went 3-for-4 with two RBIs and two runs scored, and Jorge Bonifacio and Billy Hamilton each drove in two runs as Kansas City held off Minnesota at Minneapolis.

Nicky Lopez and Cheslor Cuthbert each scored two runs for the Royals, who defeated Minnesota for the first time in five games this season. Jorge Lopez (1-6), in relief of Jakob Junis, allowed one run on four hits in 2 1/3 innings to pick up the win, and Ian Kennedy picked up his seventh save.

Nelson Cruz homered and drove in three runs, Miguel Sano also homered and Max Kepler went 4-for-6 for the Twins, who left 15 batters on base. Martin Perez (7-3) allowed five runs (four earned) on six hits, all singles, and a walk while striking out seven to pick up the loss.

Josh Donaldson homered for the second straight game, one of three long balls hit by Atlanta in a blowout of visiting Philadelphia.

The victory gave the Braves their ninth win in their last 10 games. The Phillies have lost five of their last seven.

Trent Thornton worked 6 2/3 shutout innings as Toronto salvaged the finale of its three-game series at Houston.

Thornton (2-5), a fifth-round selection by Houston in the 2015 draft, allowed six hits and three walks with seven strikeouts for his third scoreless start this season.

Paul DeJong continued to thrive against New York when he hit a tiebreaking solo homer with one out in the eighth inning to lead visiting St. Louis to victory.

DeJong snapped a 3-3 tie when he lifted a 3-1 breaking ball from Chris Flexen (0-3) into the lower rows of the left-field seats. It was the shortstop’s third homer of the four-game series, in which the Cardinals won three games.

Andrew Miller (3-2) worked around a single in the seventh, and Carlos Martinez pitched two scoreless innings and recorded his second save, ending the game by getting pinch hitter Wilson Ramos on a double play started by DeJong.

Christian Yelich went 2-for-5 with two doubles in the Brewers’ 12-hit attack, and Yasmani Grandal, Travis Shaw and Thames each added two hits. Matt Albers (3-2) got the win, and Josh Hader retired all six batters he faced for his 17th save in 18 chances.

Mallex Smith homered for the Mariners, who took two of three games in the series. Mike Leake (6-6) pitched seven strong innings, allowing three runs (two earned) on seven hits with no walks and seven strikeouts, and Roenis Elias worked the ninth for his seventh save of the season.

Khris Davis and Ramon Laureano homered for the A’s. Oakland right-hander Lou Trivino (2-5) took the loss, despite just one of the four runs he surrendered in the eighth being earned after a fielding error by right fielder Mark Canha.

Matt Adams had two homers and a career-high seven RBIs, including a grand slam in the eighth inning, and Anibal Sanchez had another strong outing as host Washington dumped Arizona for a split of a four-game series.

Adam Eaton, Anthony Rendon and Howie Kendrick added three hits for Washington, which has won 14 of its last 21 contests. Sanchez (3-6), who gave up two runs in six innings, captured his 100th MLB win and third straight decision over four starts.

Texas’ Hunter Pence belted a two-run homer before exiting in the fifth inning with tightness in his right groin, the team announced. Rangers starter Ariel Jurado (4-3) was roughed up for seven runs on nine hits in three innings.

Pirates reliever Richard Rodriguez (1-3) earned the win, pitching one scoreless inning. In all, the Pittsburgh bullpen pitched four innings of scoreless ball, getting five outs from Kyle Crick and four from Felipe Vazquez, who earned his 16th save.

Reliever Nick Anderson (2-3), who gave up two runs in the seventh, took the loss. The Marlins offense was led by rookie Harold Ramirez, who hit a three-run homer.

Cazorla has been out injured since October 2016  with an ongoing Achilles injury. The Spaniard has had surgery eight times in a […] 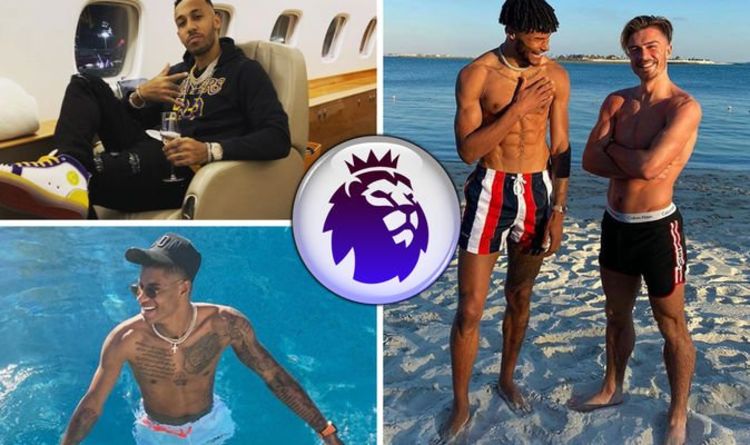 Broadcast Football is by far the most important sport on TV. If you’re going to spend money on rights it’s got to […] 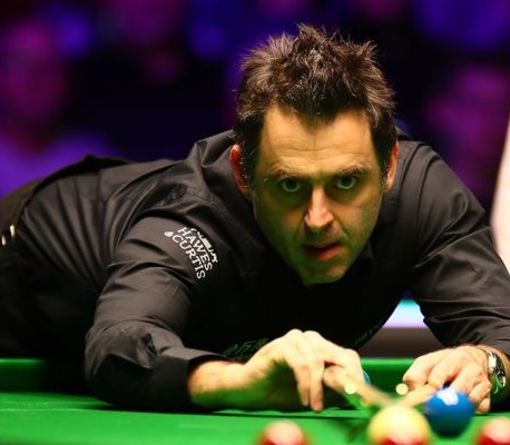 Six-time world champion Ronnie O’Sullivan has been overlooked in favour of John Higgins for the title of snooker’s greatest ever player, according […]