One look at Sophie Countess of Wessex and it’s not hard to see the similarities to the late Princess Diana. From their blonde bobs to their eclectic style, the duo could easily pass for sisters. But it’s not just their incredible looks that the duo have in common. There is in fact a link between to two thanks to their jewellery collections.

When it comes to fashion and style, it’s safe to say both women have got the eye, so it’s no surprise Charles and Edward appointed the same jeweller to design their engagement rings.

Edward chose a stunning oval diamond ring, with two heart shaped diamond stones on either side from the House of Gerrard.

Diana’s ring is worn by Kate Middleton, the Duchess of Cambridge – and it is the history of the ring that has boosted its value.

There are other links between the Sophie and Diana.

They married into the Royal Family

Like Princess Diana, who was married to the Queen’s oldest son Charles from 1981 to 1996, Sophie also married into the Royal Family. She joined The Firm in 1999 when she married Prince Edward, 55, in a fairytale wedding.

They were both ‘commoners’

Before becoming members of The Royal Family, both women led fairly normal lives. Sophie – who grew up in a four-bedroom 17th century farmhouse in Kent – trained as a secretary before going on to follow a career in public relations.

Although Diana was born into aristocracy, as a British subject who was not a peer of the realm (meaning a duke, marquess, earl, viscount, or baron) she was technically a commoner when she married Princes Charles.

Sophie is also an humanitarian

Dubbed the ‘People’s Princess’, Princess Diana was known and loved for her humanitarian work.

She worked tirelessly on behalf of charities around the world and became a huge philanthropic force for her campaign for a worldwide ban on landmines.

Sophie has gone on to follow in the Princess of Wales’ footsteps. Alongside supporting the Queen at Royal events, she is also committed to her own charity work.

The Countess of Wessex is a patron of many charities, including 100 Women in Finance, Blind Veterans UK and Breast Cancer Haven.

Her description on the Royal website reads: “A full-time working member of the Royal Family, The Countess of Wessex splits her time between her work in support of The Queen and visits to a large number of her own charities and organisations.

“She has a wide range of interests which include supporting people with disabilities, the prevention of blindness in developing countries, agriculture and fashion.” High blood pressure, also known as hypertension, affects more than one in four adults in the UK. Because symptoms are rarely noticeable, […] 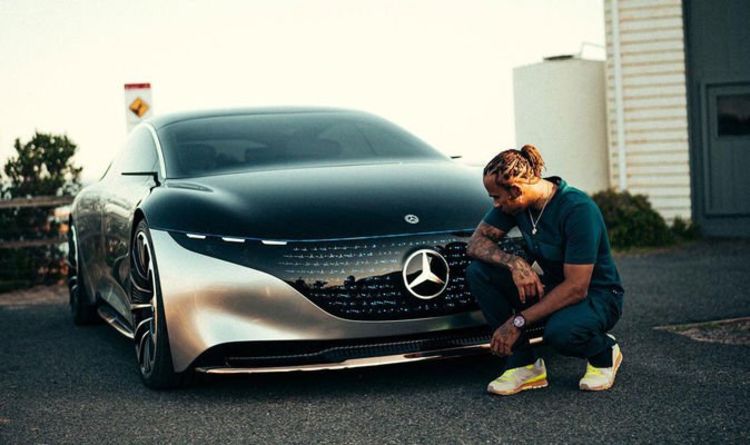 Lewis Hamilton has been pictured with the Mercedes Vision concept car which is set to enter production within nine months. Mercedes themselves […]