Under an agreement with NASA and the Mississippi Development Authority, Relativity will lease the 20,000-square-meter Building 9101 at Stennis for nine years, with an option to extend the lease 10 years. The lease comes at what the company calls “significantly discounted terms,” the specifics of which it did not disclose.

Mississippi Development Authority, an economic development agency, will provide a cost reimbursement and tax incentive package to the company for establishing the factory there. Relativity has committed to invest $59 million in the state and grow its workforce there from the current 10 employees to 200 within five years.

The ability to take over an existing facility, which includes a high bay nearly 25 meters high and multiple bridge cranes, was a key factor in selecting Stennis. “The facility was available and we’re getting it at close to no cost,” said Tobias Duschl, vice president of operations at Relativity, in an interview. “The industrial infrastructure that the facility provides is really hard to find anywhere else.”

Another factor was that Relativity current tests its rocket engines at Stennis on stands just a few kilometers from the building. “The advantage of being by the test site is that there’s usually a faster iteration and test loop between the test site and the manufacturing,” said Tim Ellis, chief executive and co-founder of Relativity.

When built out, Relativity foresees having a production line at that Stennis factory that can produce between 12 and 24 rockets a year. The company makes extensive use of additive manufacturing, or 3-D printing, to produce the rockets, which lowers production time. Duschl said he expected it to take three to five years for that production line to fully operational, although the company plans to start moving into the building immediately.

Relativity is based in Los Angeles, and plans to also expand its facilities there to work on development of the rocket. “There’s a lot of moving pieces for us,” Duschl said.

Relativity’s decision to expand at Stennis was warmly welcomed by officials there. “Relativity is a valuable member of the Stennis federal city and we look forward to building on our already successful partnership,” Rick Gilbrech director of Stennis, said in a statement. “This is a significant expansion of their presence at Stennis and we appreciate their confidence in making south Mississippi an integral part of their future.”

“The Mississippi Gulf Coast has a strong aerospace presence, and Relativity’s expansion at Stennis further positions our state as a leader in this prominent sector,” said the state’s governor, Phil Bryant, in that statement.

While the company sets up that factory, it’s continuing development of the Terran 1. Ellis said the company is planning a test of the rocket’s second stage at Stennis this year, keeping the vehicle on schedule for a first launch from Cape Canaveral by the end of 2020.

COLORADO SPRINGS – The 36th annual Space Symposium expects to attract 7,500 to 8,000 attendees to the Broadmoor Hotel in Colorado Springs […] 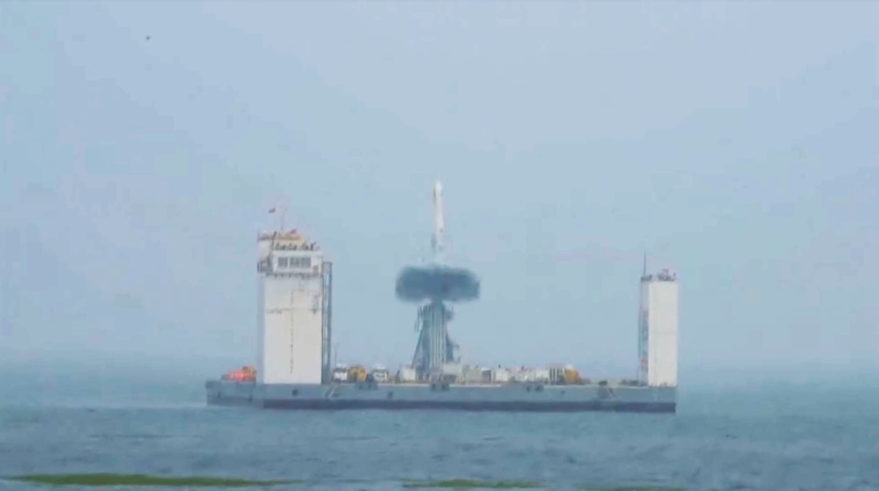 The contract announced May 18 is for two Next-Generation Overhead Persistent Infrared missile warning satellites to be deployed in polar orbits. WASHINGTON […]

TAMPA, Fla. — Europe’s meteorological satellite agency is buying commercial data for the first time, raising hopes that it will open up […]