Gareth Bale’s misery continued as he missed a gilt-edged chance and Wales were beaten by a late Hungary goal in their European Championship qualifier in Budapest.

Bale – whose future at Real Madrid remains shrouded in uncertainty after a miserable end to the season in Spain – failed to convert from close range in a tight game of few opportunities. The Wales manager, Ryan Giggs, could not have wished for the second-half chance to fall to a better man than the 29-year-old but he could not convert and his team paid the price.

The Hungary midfielder Mate Patkai duly slammed home a winner inside the final 10 minutes and it consigned Wales to a second successive away defeat. While Giggs’s side can still qualify for next year’s finals they are now up against it, with Hungary, Croatia and Slovakia leading the charge in Group E.

After Saturday’s 2‑1 defeat to Croatia in the sweltering heat of Osijek, Giggs had promised changes for the second game in four days. He duly produced them as Ashley Williams returned as captain while Chris Gunter, Ethan Ampadu, David Brooks and Tom Lawrence all came into the starting lineup too.

Slovakia’s earlier 5-1 thrashing of Azerbaijan heaped further pressure on Wales to take something from the Groupama Arena but Hungary looked dangerous from set pieces early on and Bale twice headed clear. The home side came closest to an opener when Adam Szalai passed across the six-yard box but Filip Holender could not connect. Had he been able to reach the ball it would have been a tap-in.

Daniel James, the soon-to-be £18m Manchester United man, started as the spearhead of a fluid Wales attack and showed exactly what he can do with a slaloming run. It teed up Tom Lawrence, whose shot was saved.

Giggs’s anger on the touchline was obvious – especially after James was poleaxed in an aerial duel – as he felt the Slovenian referee, Matej Jug, gave his side little.

The Hungary defender Willi Orban did find the side-netting with a header from a corner but the two sides went to the interval level after a first half in which Bale was very quiet.

James was scythed down by Adam Nagy, who was booked soon after the restart and Ampadu limped off holding a hip to be replaced by Matthew Smith, 19. Still, Wales remained vulnerable on the counterattack and from set pieces, and when the ball was lumped into their box it fell kindly to Dominik Szoboszlai, who fired over in wild fashion.

At the other end Bale somehow failed to open the scoring. Brooks did brilliantly to send Tom Lawrence away. He delivered from the right and Bale looked certain to score. Why he chose to go with his right foot only he will know, but his spooned effort was saved easily. It was the sort of chance he would normally take with his eyes closed.

Bale, who played for the first time in six weeks against Croatia after falling out of favour at Madrid, looked off the pace throughout. He was flying straight back to Spain after the game.

Giggs swapped Brooks for Harry Wilson in search of a goal but after Smith dawdled in possession the Hungarian substitute Laszio Kleinheisler unleashed a shot from distance which Wayne Hennessey saved. From the resulting corner Bale’s attempted headed clearance went straight up in the air, Hennessey was out of position, and Joe Allen had to clear off the line to save Wales.

In the end, Bale’s miss proved fatal. Hungary went direct again, the defender James Lawrence could not cope with Szalai, and Patkai ran on to take possession. His finish was powerful and unnerving. It broke Welsh hearts and Giggs looked crestfallen as Hungary missed several late chances to put the game to bed in front of their raucous home crowd. Szalai hooked the ball from Bale’s path in the final moments as Wales went for broke and the Madrid forward had a header saved. Had he taken his earlier chance this would have been a different story. 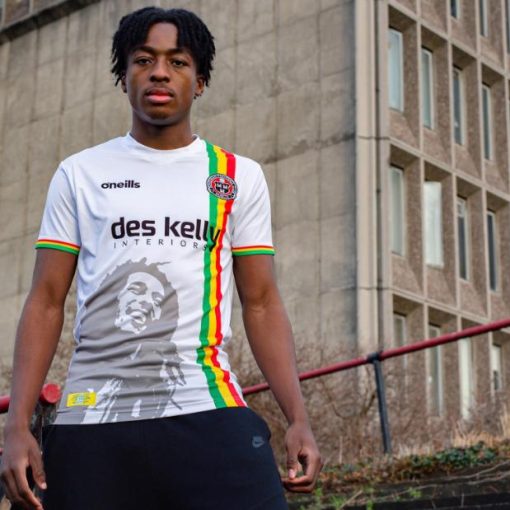 In the latest progressive scheme from Irish club Bohemians, a member-owned and not-for-profit team, the club have released a special away jersey […]

9.21am GMT09:21 Some top top rumours this morning. Football transfer rumours: Mesut Özil to leave Arsenal for Fenerbahce? 9.17am GMT09:17 Arsenal were […]