Gourmet pizza. Play dates with the royal family. That’s just life when you are the kids of George Clooney.

George and Amal Clooney are celebrating the second birthday of their twins Ella and Alexander on June 6, even though the kids got him “poop” for his 58th birthday last month, as he jokingly revealed on Jimmy Kimmel Live.

“My daughter is sick, as happens apparently with children, I didn’t know this,” he said of his birthday celebration. “So at 2:30 she woke us up on my birthday, and then at 4:30 in the morning. So then we put her in the bed, which you have to do ‘cause she’s crying and she’s unhappy. And then she takes over the bed. And then I realized that’s no good, so I covered all around the bed with pillows like a bouncy castle in case she falls off, and I went and slept in her nursery.”

When it was first announced that George and Amal had welcomed the twins into their lives, a rep for the couple told E! News, “Ella, Alexander and Amal are all healthy, happy and doing fine. George is sedated and should recover in a few days.”

In the two years since their arrival, however, George has more than recovered; he’s been rejuvenated, quickly becoming known as one of Hollywood’s most doting fathers.

“Every single day of my life, I just feel lucky,” the Catch-22 executive producer and star recently told The Hollywood Reporter.

After becoming one of the industry’s most bankable leading men, it was hard to believe that the world’s most famous Bachelor—who had been married once before but divorced since 1993 and had famously mused in interviews that he doubted he’d get hitched again—would take on the role of father, happily talking about dirty diapers and playing second fiddle to his human rights lawyer partner.

It even came as a surprise for Clooney, who admitted he had never anticipated fatherhood before marrying Amal in September 2014 in a lavish $4.6 million wedding.

“It had never been part of my DNA,” he explained to The Hollywood Reporter in 2017. “We didn’t plan on it. We never talked about it until after we were married, which is funny. There was an assumption that we didn’t want them.”

But his father Nick Clooney always believed kids were in his son’s future, telling People, “When George talked about not seeing kids in his future, ‘I would listen to him patiently and then finally step in and say, ‘George, some astounding woman is going to know your socks off, end of story.’ And that’s exactly what happened.”

For George, his change of heart was pretty simple, telling THR, “We just felt we’d gotten very lucky, both of us, and we should share whatever good luck we’ve got. It would seem self-centered to just have that belong to us.”

Still, they weren’t exactly expecting two bundles of joy before their doctor shared the surprising news with them.

“[The doctor] goes, ‘Well, there’s one.’ And I said, ‘Great.’ And then he goes, ‘And there’s the second one.’ And I was like, ‘What?'” he said. “We just sat there, staring at that piece of paper they give you, and I kept thinking there was a mistake.”

Admitting it was “wild,” George said it didn’t really sink in for him that he was a parent until Ella and Alexander actually arrived on June 6, 2017.

Immediately, he knew his life had been altered forever, not just because he has added diaper duty to his resume (though he did reveal, “I’m a very good diaper guy, which I didn’t expect.”)

While George and Amal have managed to keep their twins out of the spotlight, they often offer up anecdotes of their home life with their now two-year-old toddlers, with the Ocean’s Eleven actor recently shooting down one dreaded parenting fear.

“They’re not terrible twos,” he told Today‘sSavannah Guthrie ahead of their birthday. “They’re good kids. They’re happy kids. They laugh a lot.”

And it seems like they take after their famous father in one aspect: they already like to pull pranks.

“They do pranks already,” George said on Today. “Put peanut butter on their shoes, so that it looks like poo-poo on their shoes and stuff, and they think that’s funny.”

While they share a love of pranking, the twins, who were born two minutes apart, already have a lot of differences, including that Alexander is already taller than Ella.

“They really come out with the personalities that they’re born with,” he explained. “My daughter will be like, ‘Sit down’…They’re just completely different personalities.”

“He goes outside and he hugs my car. ‘Car!’ and he hugs it,” George said, before jokingly adding, “Which is bad when I’m driving. It’s really not good. He gets right in the wheel well.”

As for Ella, she’s already following in her fashionista mom’s footsteps.

“My daughter is up in my wife’s closet with purses going, ‘Mine!’ ” George said. “So I see this is going to be a fun, fun life for me.”

Seems like a  sense of humor and style runs in the family.

While they share dad’s love of pulling pranks, Ella and Alexander both take after their mom in the brains department, according to a fortunate George.

“They obviously got my wife’s brains,” the ER alum told Ellen DeGeneres. “They’re not quite 2 and they can count from one to 20 in English and Italian. I’m still trying to do the English part!”

During his Today show interview, Clooney revealed the twins are bilingual beyond just numbers, thanks to an Italian nanny, revealing they can “already can do their ABCs in Italian and English.”

Now just imagine them counting and doing their ABCs in a British accent, as Alexander and Ella have adopted their mom’s native tongue as they reside in London most of the time (though they also call Los Angeles and Lake Como home sweet home).

“The other day, my son said zehbra,” Clooney told E! News’ Melanie Bromley. “I’m working on that though. I’ll get it back.”

Since welcoming the twins, the Clooneys have relied on their longtime personal chef when they are in Como, Italy, Viviana Frizzi, to handle the majority of meals for themselves and the twins.

“Vivi cooks almost every night for us now because we have the twins. Going out isn’t as easy or as interesting as it used to be,” George told People. “Besides all of our friends would rather eat her food than hit up a local restaurant in Como or in London.”

Some of their favorite meals include a weekly pizza night (margherita with rocket salad is their go-to), Lebanese and Indian dishes, sushi and Italian food that the twins have started to try, though Frizzi tends to whip up slightly less complicated and more kid-friendly offerings, like tomato risotto, salmon and ricotta with raspberries.

“The twins are not fussy eaters,” Frizzi, whose worked for the couple since 2013, told People of Ella and Alexander’s palate. “When they like a dish, they put their little fingers on their cheeks, smile and say, ‘Mmm!'”

Aside from being treated to professionally cooked meals on the regular, the twins also enjoy quite the play dates in Como.

In August 2018, the family played host to Prince Harry and Meghan Markle for a weekend, with the newlyweds helping to take care of the twins and enjoying dinner parties, which likely served as good prep for the couple who welcome their first child, Archie, on May 6 the following year, which also happens to be George’s birthday. (“Yeah, that kid stole my thunder,” he joked.)

Despite speculation that George would possibly be named Archie Harrison‘s godfather, he quickly shot that theory down during an appearance on Jimmy Kimmel Live.

“That would be a bad idea,” he said. “I shouldn’t be the [godfather]. I’m a father of twins I can barely do that.”

That same summer that Harry and Meghan visited, Alexander and Ella also spent some quality time with Jennifer Aniston, George’s longtime friend, who visited at the Lake Como estate with her Just Go With It co-star, Adam Sandler, and his wife, Jackie, during a break from filming their Netflix movie.

“They spent the late afternoon on the property walking the grounds and enjoying a meal,” a source told us at the time.

Months after her visit, Aniston gushed over seeing her friend as a father, saying on The Ellen DeGeneres Show, “It’s amazing to see him with children. That’s what we talked about, that anything can happen.”

In October 2018, George skipped the Friday night Halloween festivities for his Casamigos tequila company, an annual tradition, to stay home.

“Last night, they were dressed up as rock stars, and I was dressed up as a guy cleaning crap out of a baby’s diaper,” he told Entertainment Tonight of his friend and business partner Randy Gerber and wife Cindy Crawford‘s costumes.

George did make it to the Saturday night party for the company, which he sold in 2017 for $1 billion, and while he dressed up as a pilot, he joked that his previous costume was better.

“It was a fantastic costume,” he said. “Oh, so much fun, you could imagine the fun I had last night.”

While they’ve seemed to handle the transition from newlyweds to twin-wrangling with ease, the Clooneys have publicity said they plan to remain a family of four.

In an interview with THR, Amal, then 39, said she believed she they were OK with two children, saying, “I already had them quite late.”

And it seems like the couple have found the perfect balance between their home life and careers.

Last June, Amal presented her husband with the American Film Institute’s Life Achievement Award, and gushed over him during her speech.

“My love, what I have found with you is the great love that I always hoped existed and seeing you with our children Ella and Alexander is the greatest joy in my life,” she told the audience. “You fill our home with laughter and happiness and that is even before the children have worked out that dada is actually Batman, a talking fox and friends with Mary Poppins.”

“I am so proud of you my love. Congratulations on this great honor you are receiving tonight,” she continued. “I am proud of you but I also know that when our children find out not only what you have done but who you are they will be so proud of you too.”

And during the family’s stay in New York City in December 2018, an eyewitness spotted Amal with the twins while George was in a meeting.

“She had one twin on each hip and they each held on to a teddy bear,” the source said. “Alexander is still looking exactly like George while Ella looks more like Amal. He is bigger than she is, but they do look alike and both have big brown eyes.

“She didn’t have a nanny with her and seemed to be at ease handling both twins,” the source continued. “She had her hands full, but a big smile on her face. The twins were very curious and were looking around at everything.”

George is even quicker to gush over his wife. 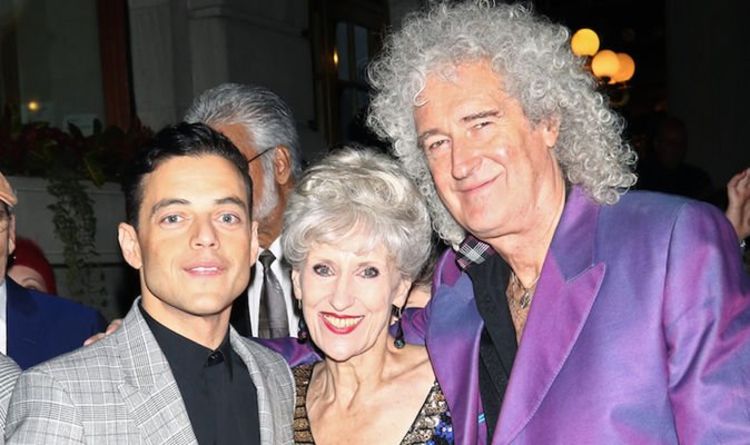 Before the Oscar-winning Bohemian Rhapsody was released, Brian May’s wife Anita Dobson had the chance to watch Rami Malek filming as Freddie […] 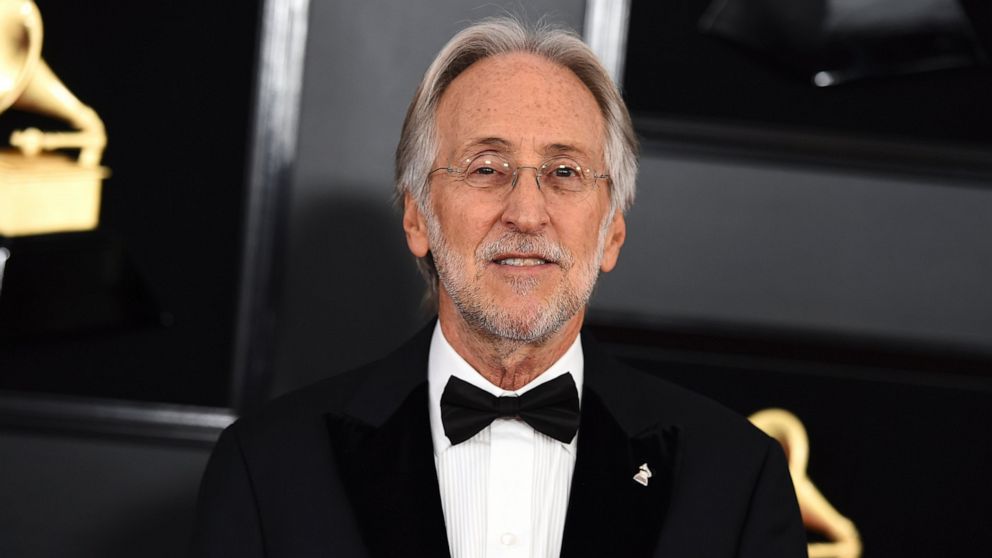 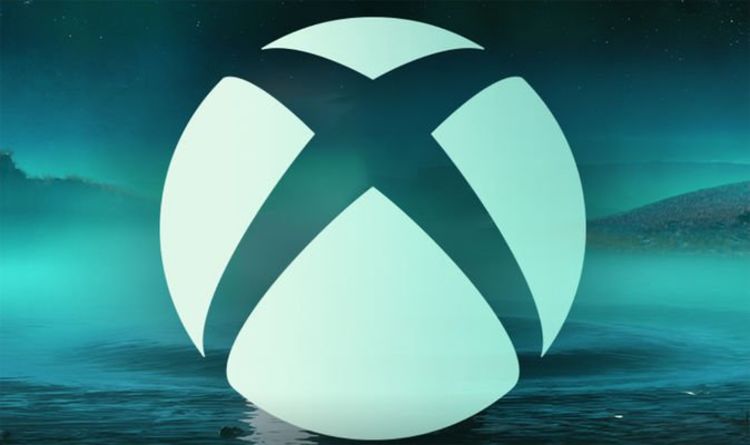 The next-gen is about to become the current-gen, as Microsoft launches its Xbox Series X and Series S games consoles. The Xbox […]