“He’d be the first man on my teamsheet. Jofra’s an absolute genius, and I don’t think he’s anywhere near his full potential. Over the next three years, don’t be surprised if he’s the one of the best players in the world.

“He bowls 93-95mph effortlessly, and with a bit of help over the next few years I’d expect that to go up. He has great control of his line and length as well. He bowls 93mph yorkers at the end of the innings, he’s a proper athlete in the field and can smack it around with the bat. For me, he’s almost the perfect cricketer.

“The scary thing is that I don’t think he actually knows how good he is, but I’m sure he’ll soon realise it when he blows international teams away.

“When he warms up, he jogs in off three paces and bowls at 88mph. I remember one particular ball he bowled in the nets at Sanju Samson. I’ve never seen a man with more time batting in T20 cricket than Sanju, but Jofra rapped him on the gloves first ball off a yard or two. There were loads of moments over the last seven weeks where you think: ‘This boy’s a special talent.’”

“I first remember Jofra batting, wicketkeeping and bowling leg-spin when he was 14 years old. He was enthusiastic – a great sportsman, playing some football too. My memories of him as a youngster are that he was always pleasant, coachable and willing to learn … he was tall and a natural athlete and he adjusted to bowling fast. We took him to a lumbar mechanic in terms of coordination and getting aligned right and within a year he was bowling fast.

“We spent a lot of time on his rhythm and his arm speed. Once his rhythm is good, he bowls extremely fast. He progressed so quickly, one of my main concerns was how strong he would need to be to do it consistently and we focused a lot on his strength and conditioning to reduce the possibility of injury.

“The demand for him became high when he broke into the Barbados and West Indies Under-19 teams. That was when he picked up the injury.

“He made a career decision as a young man [to move to England] and I respected it. What he went through from when he was very young in terms of not getting the attention he needed, he made a choice based on trying to get out of hardship and make things better for himself and his family. You cannot fault him. He isn’t anti-West Indian and there is no bad blood – he made a career decision to look after himself and his family and we respect that. Whenever he comes to Barbados and needs a little bit of work he gives me a buzz.

“All of his teammates from school and his club are up in the wee hours to watch Jofra when he is playing. I can tell you, I won’t be missing a delivery of his at the World Cup; I’ll watch every ball he bowls. I am very proud to have produced a cricketer at that level.”

“When I first saw Jofra he was playing club cricket and raw. He had stress fractures in his back and was trying to get some advice about how to straighten out his action. He took it back to Barbados and with one of the local coaches, we had realigned his action at the crease, especially with his feet.

“He went away and trained incredibly hard, to the point where he rolled his own wicket in the yard across the road and put a net around it and did all his drills into that. He came back nine months later and he was a different-looking athlete – pretty much the bowler you see today with that speed and accuracy.

“The key thing is his shoulder speed. It’s a phenomenal amount of force he generates with not a hell of a lot of effort going through. When he bowls at his quickest there is a higher tempo in his run-up. So when he starts picking his knees up it is like what Curtly Ambrose used to do when he really charged in. When I watched him at the Oval [against Pakistan this month] people were raving about how quickly he was bowling. Well, there is more in the tank. It looked like he was making sure that he was putting the ball into the right area, being early in his career. I’ve seen him quicker.

“What stands out when you get to know Jofra is his curiosity, pride and ruthlessness. So it is no surprise to me as he gets exposure at the highest level you can see the hunger to improve and be the best in the world. He is going to be a force for a long time and a generational cricketer.” (Reuters) – The owner of Maximum Security, the colt that won the world’s richest horse race last month in Saudi Arabia, on […] 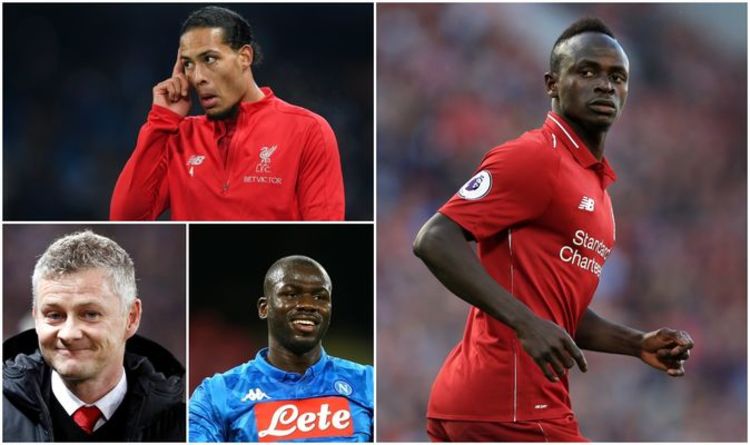 Liverpool news LIVE updates: All the latest news, transfers and gossip from Anfield Thursday, March 28 Sadio Mane has confirmed he will […]