Kevin Durant is done for the rest of the Western Conference semifinals, and head coach Steve Kerr said the Golden State Warriors must grasp the task ahead: Replace the best player in the NBA.

May 8, 2019; Oakland, CA, USA; Golden State Warriors forward Kevin Durant (35) dunks the basketball against the Houston Rockets during the first half in game five of the second round of the 2019 NBA Playoffs at Oracle Arena. Mandatory Credit: Ezra Shaw/Pool Photo via USA TODAY Sports

“He’s been the best player in the NBA in the playoffs. He’s been phenomenal,” Kerr said Thursday night, confirming Durant is several days or more from being able to play basketball.

A return could potentially come in the Western Conference finals, but the Warriors, leading the Houston Rockets 3-2 in the semifinals entering Friday’s Game 6 at Houston, still need a win without Durant.

“Well, we’ll just find somebody on the bench who can give us 35 points, two blocks and 11 boards and nine assists,” Kerr said facetiously Thursday night.

The Warriors announced Thursday afternoon that after an MRI, Durant was diagnosed with a mild right calf strain and is not expected to be re-evaluated until next week.

“It’s obviously a huge loss. Our team has a lot of confidence,” Kerr said. “We trust each other. They’ve won championships together. So we come out and give it our best shot.”

Without Durant, the Warriors rallied to win Game 5 in Oakland, Calif., on Wednesday. But all is not yet lost. They are also 29-4 in games without Durant in which guard Steph Curry is available.

Durant’s status for the remainder of the postseason — if Golden State closes out the Rockets and advances to the Western Conference finals — is up in the air. Curry is also dealing with a dislocated finger.

Durant sank a fadeaway jumper with 2:05 left in the third to give the Warriors a 68-65 lead, then began hobbling as he turned to head up the court.

He immediately was replaced on the floor by Andre Iguodala. Less than a minute later, the Rockets took their first lead since 14-12 in the first quarter, but the Warriors rallied to win 104-99 and take a 3-2 lead in the best-of-seven series.

Durant will not travel to Texas with the team for Game 6 and instead will undergo treatment in hopes he can return for Golden State next week. The average recovery time for a mild calf strain is two weeks.

Because of the way Durant reacted, social media erupted with opinions — some educated — that Durant had torn his Achilles tendon.

“When I walked into the coaches’ office after the game, the replay of the play was going on, and I thought the same thing because he kind of looked back like he had been kicked or something,” Kerr said Wednesday night. “I (thought), ‘I’ve seen that before with guys who have hurt their Achilles.’ So that was my first question, and I was assured that it’s a calf strain and not the Achilles.”

Already thinned by injuries, the Warriors could be playing with an extremely short bench in Game 6.

Iguodala was questionable entering Wednesday’s game and the Warriors are still without DeMarcus Cousins (thigh).

“Honestly, it was a little deflating for a second,” Curry said of losing Durant, who was averaging 35.4 points per game in the playoffs entering Wednesday’s game. “Then we rallied. So all the different roller coaster of emotions tonight. At the end of day it’s about winning or losing, trying to endure to the finish line.

“… We’ll see what happens the next 24, 48 hours on the injury front. But we’ve had the next-man-up mentality for a long time now. Hopefully, the situation will be no different. It will be challenging. It’s tough to replace the output that KD has been doing this whole entire playoff run.” 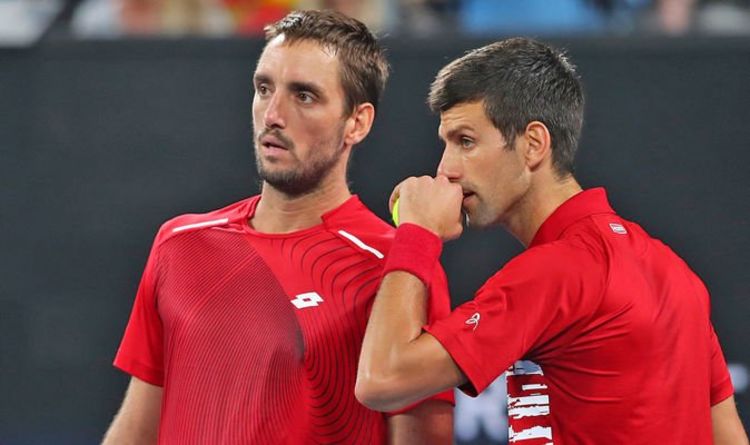 Serbia are the ATP Cup champions are beating Spain in a dramatic match in Sydney. World No 2 Novak Djokovic led from […] 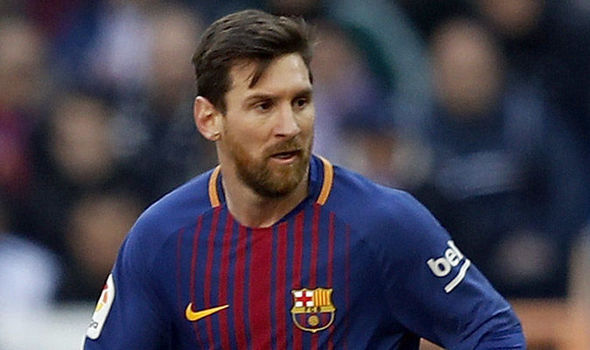 Lionel Messi is having a stellar campaign as Barcelona look set to regain their La Liga title from rivals Real Madrid. The […] 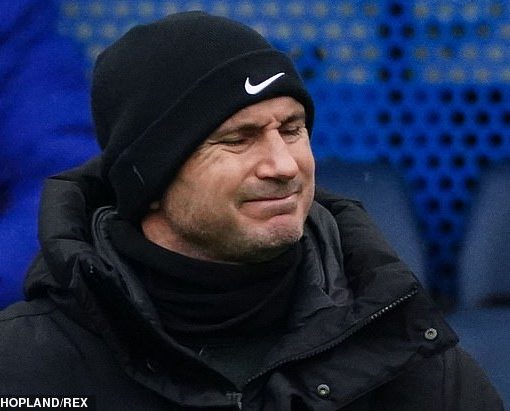 BREAKING NEWS: Frank Lampard ‘to be SACKED by Chelsea with his players told not to come in for training this morning’, as […]