WASHINGTON — The Trump administration on Friday imposed new limits on Iran’s nuclear activities but stopped short of scrapping several waivers that allow Tehran to receive international assistance for the conversion of atomic sites for civilian uses.

The move avoided a full-blown collision with European allies over the 2015 nuclear deal that President Donald Trump rejected last year. Iran has continued to abide by the multinational agreement, known as the JCPOA, which imposed limits on its nuclear program in return for a relaxation of U.S. and international sanctions.

The decision also followed an internal argument in the administration, as previously reported by NBC News, that pitted National Security Adviser John Bolton and others at the White House against State Department officials, who favored keeping all the waivers in place. Hardliners in Congress, including Republican Sen. Ted Cruz of Texas and Sen. Tom Cotton of Arkansas, had pressed the administration to cancel all waivers for Iran’s nuclear activities.

The State Department said the U.S. would extend waivers that permit Iran to operate three nuclear sites — at Fordow, Arak and Bushehr — for research and peaceful purposes without facing sanctions. The new waivers will only run for 90 days, instead of 180 days.

But the administration said it would scrap other waivers allowing Iran to send heavy water to Oman and to trade surplus enriched uranium with other nations in return for natural or “yellowcake” uranium.

“As part of the administration’s unprecedented maximum pressure campaign to address the full range of Iran’s destructive activities, Secretary (Mike) Pompeo has today tightened restrictions on the regime’s nuclear program,” the State Department said in a statement.

The department added that “any involvement in transferring enriched uranium out of Iran in exchange for natural uranium will now be exposed to sanctions.”

Restricting Iran’s ability to unload enriched uranium over the designated limit will place additional pressure on Tehran, complicating the uranium enrichment it conducts under the terms of the 2015 deal, experts said.

European governments, including Britain, France and Germany, had appealed to the White House not to cancel all the waivers for civilian nuclear cooperation.

The waivers that were extended Friday — but shortened to a 90-day period — allow Iran to adapt a heavy water reactor at Arak with help from China and Britain, convert a former uranium enrichment facility at Fordow into a medical isotope research center with Russian assistance, and operate a nuclear reactor in Bushehr in cooperation with Russia. Moscow provides fuel for the Bushehr reactor and then removes spent fuel rods.

The announcement on nuclear restrictions follows a decision by President Trump last month to halt waivers for several countries that allowed them to buy Iranian oil without being hit by U.S. sanctions. The Trump administration has vowed to choke off Iran’s oil exports until it meets a list of demands, including ending its support for militants across the region, halting uranium enrichment and abandoning its pursuit of ballistic missiles.

Cutting the waivers back to 90 days “puts a question mark over future U.S. support for these projects that risks slowing, or even halting, progress on critical efforts to reduce the proliferation risk at Arak and Fordow,” said Kelsey Davenport, director for nonproliferation policy at the Arms Control Association, which endorsed the 2015 nuclear deal.

Davenport added that the decision — combined with tougher sanctions on Iran’s oil exports — could prompt Tehran to bail out of the 2015 deal and pursue nuclear weapons.

“If Iran withdraws from the agreement and resumes troublesome nuclear activities, Trump will be responsible for manufacturing the resulting crisis,” she said.

Last November, the Trump administration chose to keep the waivers related to Iran’s civilian nuclear activities in place. At the time, the administration said, “We are only permitting the continuation for a temporary period of certain ongoing projects that impede Iran’s ability to reconstitute its weapons program and that lock in the nuclear status quo until we can secure a stronger deal that fully and firmly addresses all of our concerns.”

Opponents of the nuclear waivers have argued that Iran is merely using them as a means of keeping its nuclear ambitions alive until it chooses to build nuclear weapons at some point in the future. Lawmakers also maintain that the waivers are part of an agreement that the U.S. has already withdrawn from.

Frustrated over the issue, Sen. Cruz this week held up a vote in the Senate Foreign Relations Committee on the nomination of Jeffrey Eberhardt, who Trump picked to serve as U.S. special representative for nonproliferation.

“Cruz is trying to get the Trump administration to stop implementing the nuclear deal, in this case the part of the deal that says Iran is entitled to get the civil nuclear waivers,” said a Republican congressional aide, who was not authorized to speak on the record.

State Department officials “don’t want to admit they’re still implementing parts of the deal even though the president told them to stop.”

It is now certain that Joe Biden and Kamala Harris are our next president and vice-president. Black voters across the US are […] 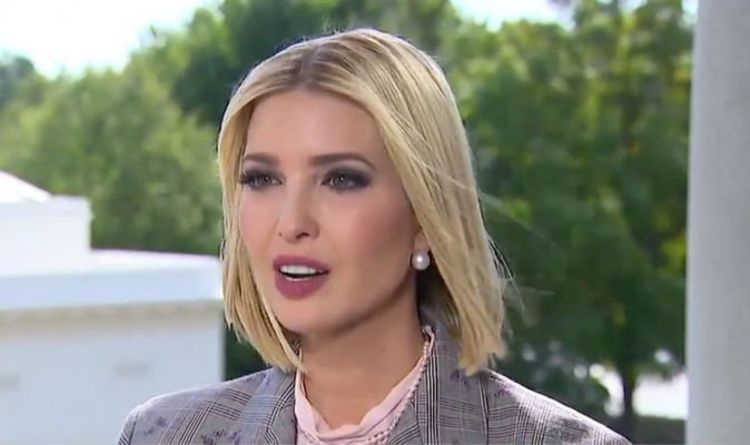 Ivanka Trump was blasted online for her first reaction to her father’s impeachment inquiry on Fox News. The US Democratic Party has […] 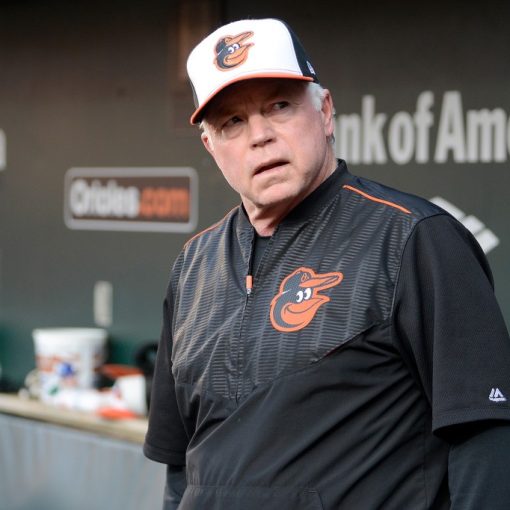 Brad Ausmus was the only manager Billy Eppler ever hired in his five seasons as the Angels general manager. He inherited Mike […]