I should probably support the National Rifle Association, which bills itself as the nation’s “foremost defender of Second Amendment rights”; I’m one of the millions of Americans who holds those rights dear. I learned to shoot with the Boy Scouts in an NRA class, I got my first hunting license in an NRA class and, when the MS-13 gang authorized my execution a few years ago, I went to the indoor range at the NRA’s Virginia headquarters for training, advice and practice. I also own more than my fair share of firearms: Rifles for hunting deer and elk, shotguns for waterfowl and upland game, and handguns for personal protection.

The problem is — and I’m hardly alone in thinking this — that the NRA doesn’t really support me, at least anymore. Their mission, once focused on education, safety and proficiency, seems to have narrowed to a fixation on the preservation of both Republican politicians and the unfettered ability to buy, sell and carry any and every kind of firearm in every conceivable time and place.

It has further pedantically declared anyone who would even want to discuss that expansive view — including gun owners like me and the late Supreme Court Justice Antonin Scalia — an enemy. And, at the same time, the organization has chosen to embrace issues that go well beyond the rights of individuals to keep and bear arms, and frequently taken positions that are anathema to individual rights.

Don’t take my word for it; look at the NRA’s website. As I wrote this, the top of their home page had a rotating banner of important “news” in the supposed war against firearms ownership — three of which are solely about President Donald Trump and the importance of supporting him. The next item on the page is a warning to be wary of anyone who says they support the Second Amendment but wants to discuss any aspect of the NRA’s policy positions because any openness to regulation means that someone is a “gun grabber” — complete with an accompanying video message from NRATV and a button to click on if you’d like to donate.

Click on any of the links, watch any of the shows or peruse any of their publications and the message is the same: The NRA’s main mission is to fight any possible restriction on guns, the solution to every instance of gun violence is to arm more people, anyone who says anything else is part of a global conspiracy to disarm everyone, nothing else matters very much and, oh, by the way, they need your money.

The NRA, once “the premier firearms education organization in the world” is not performing its traditional educational role of elevating the discussion and advancing the interests of all gun owners. Despite solid social science and opinion research on everything from how guns should be sold, owned, stored and carried to how and when convicted felons should have their rights restored, the NRA has but one answer to every debate on gun ownership — more of it, with no restrictions.

And then there are their answers to every incident of gun violence: Send thoughts and prayers, plus this wouldn’t have happened if the victims had been properly armed — but let’s not let those who question unlimited gun ownership politicize a tragedy. Furthermore, the NRA has abandoned its traditional role of representing all kinds of gun owners on all sorts of issues involving gun ownership. Where the organization was once bipartisan, bringing together a large coalition of Republicans and Democrats to protect and advance the interests of all gun owners, their advocacy today is almost entirely limited to helping Republicans. In the 2018 election, 99 percent of NRA support went to GOP candidates, making the NRA a de facto wing of the Republican Party.

That’s a problem because, if a time comes where gun owners need support from Democrats in Congress, only four Democratic representatives (and no senators) received NRA donations in 2018. Sure, the Democrats’ moves to regulate gun sales and ownership have something to do with this, but so does the NRA’s commitment to Trump’s GOP and their failure to advocate for the rights of minority gun owners like Philando Castile.

It’s not my place to tell the NRA what to do. It’s a large organization (though not as large as they say it is) where the members elect the leadership. But their leadership can’t even agree on what they should be doing, let alone prove that they’re doing it well.

Just this past weekend, they ousted their president, Lt. Col. Oliver North — of Iran-Contra and Fox News fame — over an exchange of scandalous accusations of gross mismanagement and obscene self-enrichment with their chief executive, Wayne LaPierre. No one knows whom to believe yet, but one of the NRA’s top lawyers, outside counsel William Brewer, gave a statement claiming that the organization has been reviewing many of North’s accusations for months, suggesting that North may have “a misinformed view of [LaPierre’s] and the NRA’s commitment to good governance.” Even that statement is difficult to trust, though, seeing that Brewer’s reputation for truth and veracity isn’t terribly good.

Earlier this month the NRA filed suit against Ackerman McQueen, an Oklahoma advertising firm that crafted the late Charlton Heston’s memorable line about how his gun would have to be pried from his “cold dead hands” and which operates the financially troubled NRATV network. The fact that the NRA filed suit isn’t surprising; NRA board members had been among those complaining about objectionable content on the network for some time now.

And there’s plenty of objectionable content on the network, from unfounded allegations of political corruption and threats to burn the New York Times to a call to march on the FBI, a picture of Thomas the Tank Engine and his friends in Ku Klux Klan hoods, and a seemingly endless number of white nationalist dystopian tropes about race wars, George Soros, Islamophobia, liberalism in general, so-called globalism, immigration and the evils of socialism.

What’s surprising is that the suit isn’t about the proliferations of non-gun content on a network of an organization dedicated to gun rights and education; after all, many of those same messages are prominently featured in in-house NRA publications and online today. It’s strictly about how the profits should be shared between the for-profit advertising firm and the nonprofit NRA.

That seeming motivation for the organization’s actions hasn’t gone unnoticed in Washington, in state capitals across the nation, or by grassroots organizations looking to fight the NRA. Indeed, ranging from the possible loss of tax exempt status, the loss of membership dues and sponsorships, and the loss of alternative income streams (like their ill-conceived insurance plan), the NRA might actually be in real trouble. They’ve even claimed that they might soon be “unable to exist.”

I don’t know that I’ll ever live to see that — the NRA is still awfully powerful, and awfully rich. But if it does happen, I won’t be unhappy and I won’t be surprised. They’ve done this to themselves.

Greg Hunter is a criminal defense lawyer in Arlington, Virginia. 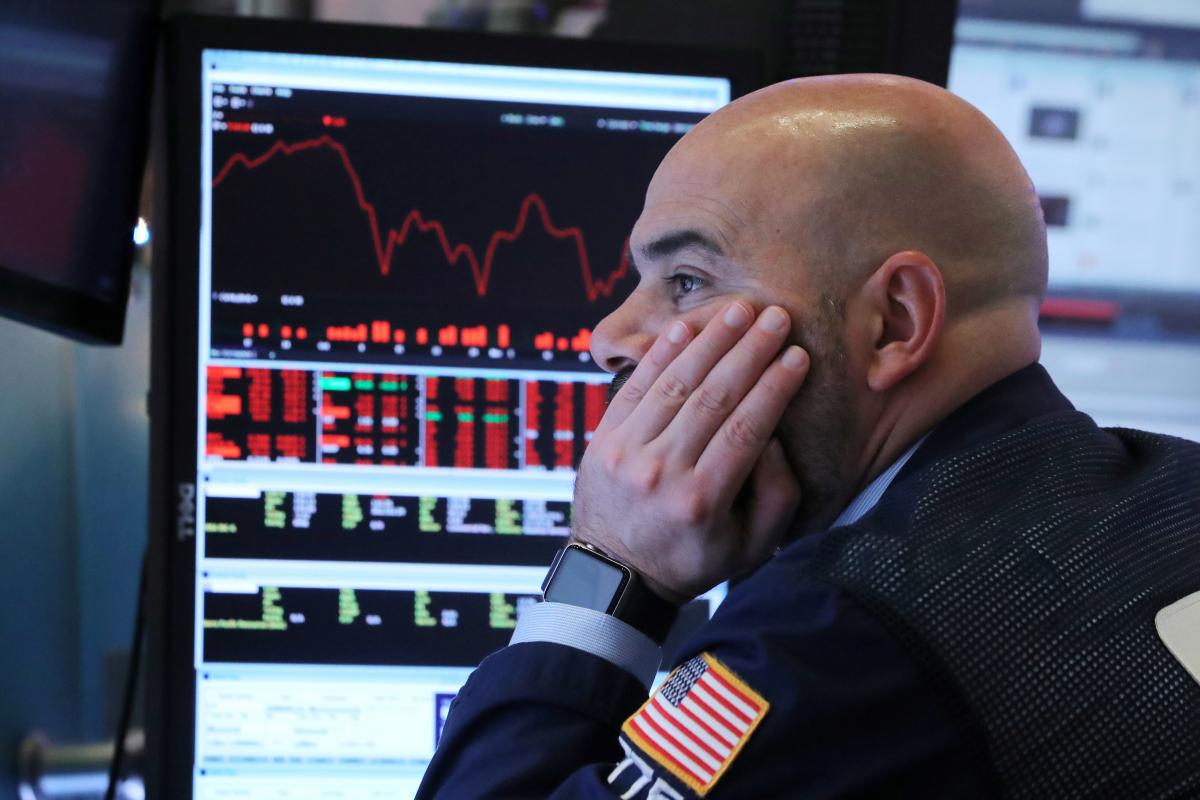 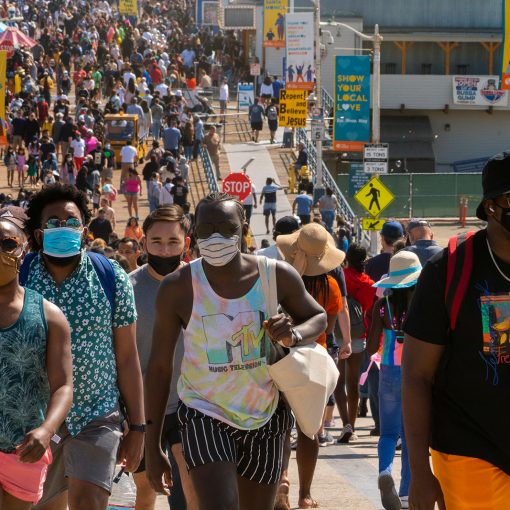 People walk along the Santa Monica Pier in California on Saturday, May 29. Damian Dovarganes/AP As Americans remember those in the military […] 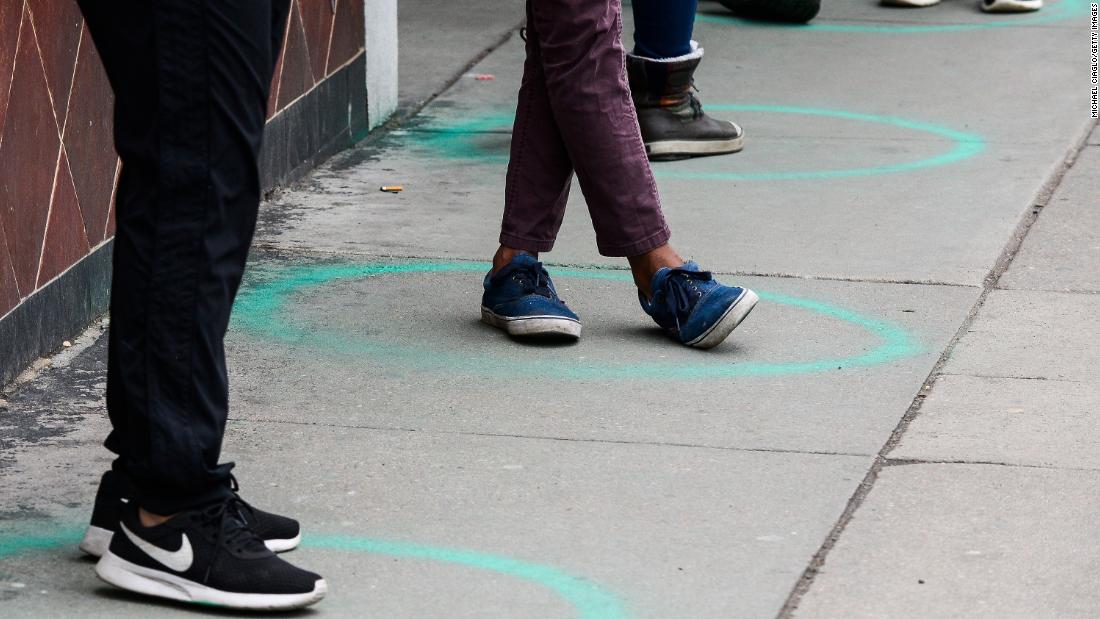 The reason? The term “social distancing” can imply a sense of disconnection from loved ones. And at a time when being physically […] 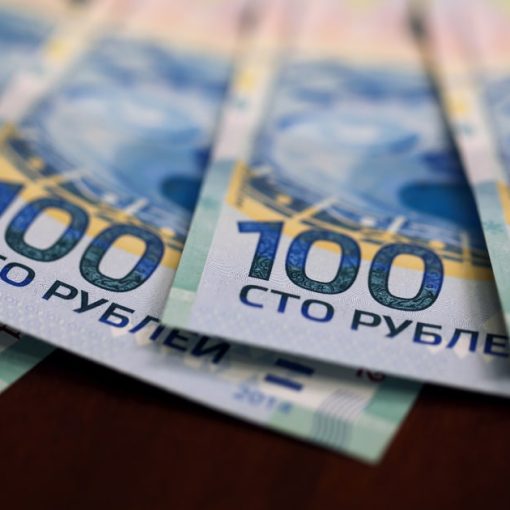 The flurry of sanctions the U.S. announced this week against Russia are some of the hardest hitting that Moscow has ever faced, […]