Customers who wander in a few minutes before closing may be confronted by not only unhappy servers, but also an unhappy kitchen staff, eager to go home, Dublanica said.

“You will never see food cooked faster than the food that’s cooked for the last customer of the night,” said Dublanica, noting that it’s not uncommon for a kitchen staff to rush through the preparation of the last meal of the night, and might be more inclined to cut corners.

Customers who are the last diners of the night also run the risk of having unwelcome ingredients around their food, including cleaning sprays and solutions, Dublanica said.

“The staff is typically starting to clean up the kitchen and the restaurant near closing time,” Dublanica said. “And that stuff can and does get in and around the last meals of the night.”

If you arrive late to a restaurant and know that the kitchen is about to close, Dublanica advises it’s best to order an entrée only, and to ask for the check right away, which sends a message to the kitchen that you’re not trying to be a difficult customer.

“The staff will be nicer to the customer who they know is just hungry and not trying to add three more hours to their night.”

Keep Your Reservation — and Tip Well

“Nowadays people can change their plans on the fly, and that can hurt your relationship with a restaurant,” Dublanica says. He notes that in an age in which reservations can be easily made online, using OpenTable and other apps, people sometimes double book and fail to inform a restaurant when they decide to go elsewhere. “People often don’t show up or they cancel at the last minute. Restaurants definitely keep a record of that.”

If you have to cancel, Dublanica says, call the restaurant directly and apologize. The worst offenders, he said, are those who fail to show up at all — leaving the restaurant to hold their table needlessly and potentially turn customers away.

And just as restaurants keep track of who doesn’t show up for reservations, he said, they also keep a running list of good tippers. He said most restaurant have codes in their reservation system, which allow hosts, managers and wait staff to note good customers.

“You don’t have to be an extravagant tipper — but all the waiters remember if you’re cheap,” Dublanica said. “A standard decent tip is 15 to 20 percent. But if you fail to tip a server an appropriate amount, they’ll remember you. And word often gets around. Suddenly you may not be getting a table on a busy night or you may not be getting reservations at all.”

Dublanica said cash tips are always appreciated over credit card tips, so even if you pay the bill with a credit card, servers appreciate the tip in cash, if possible.

“It’s not necessary, but it can go a long way to cultivating a good relationship with your server. And if that server likes you, he’s going to take better care of you.”

“Servers are counting on those tips to help cover their own bills. Tips are built into their salary. And the last thing you want to do is come across as a cheap or difficult customer.”

Wanna Score the Best Table in the House? Do Your Homework

Dublanica said if you’re intent on scoring the best table in the restaurant, it’s wise to do your homework.

“If it’s an important business dinner or you’re going to propose or try to impress a significant other, stop by the restaurant a few days in advance and take a look at the place,” Dublanica said. “Talk to the manager or the staff. Tell them what you have in mind and select the table that you think will work best for you.”

Dublanica said that restaurants are often eager to please the person who does his or her homework — and the personal contact will ensure that your romantic dinner or business dinner will go off without a hitch, with you and your guests dining at your chosen table.

Do Servers *Really* Spit in the Food of Customers They Don’t Like?

Ever hear about servers spitting in the food of customers they don’t like?

Dublanica says he’s heard about that, too — though he insists he never witnessed anyone doing that in all the years he waited tables.

Still, he says, servers are known to take action against customers who behave badly.

“If someone was really rude to me at my table, I used to tell them in front of a table full of people that their credit card had been declined,” Dublanica said, noting that the maneuver would inevitably mortify the rude customer. Dublanica said he would run and then re-run the card a couple of times until the card would “magically” work.

If You Do Want to Report Bad Service, Write a Letter — Not An Online Review

Finally, Dublanica said, if you do get bad service in a restaurant and want to report it, don’t turn to Yelp or other online reviews. Instead, he said, sit down to write a letter.

“A lot of restaurant managers and owners don’t take Yelp and other online reviews seriously any more,” Dublanica said — noting that the online reviews are often riddled with fake reviews, often posted by a restaurant’s competitors. “Even if the online reviews are legitimate, they’re often ignored. If you really want to get a manager to take you seriously, write a real letter. Managers who see a real letter signed by a real person, who uses their full name and provides an address, tend to take those letters very seriously and will sit down with wait staff to address those problems.” 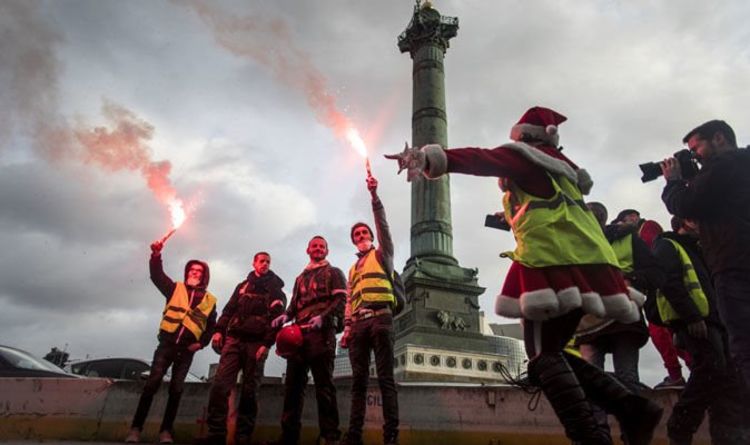 “We are not giving up, and we will go further,” yellow vests said in a press release in which they called for […] 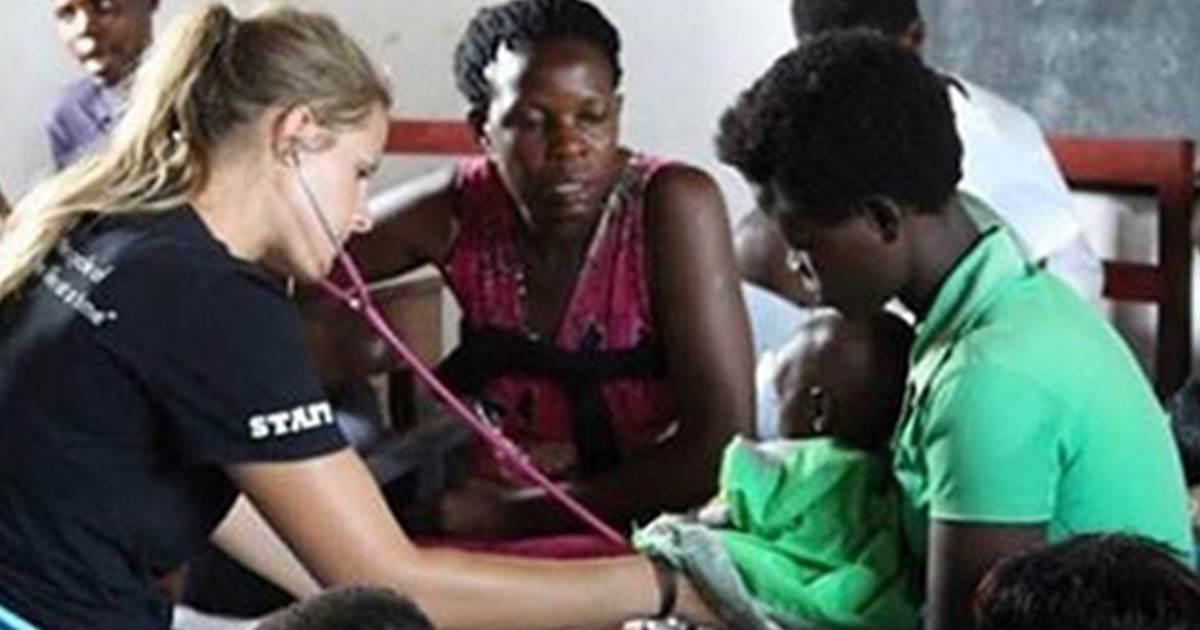 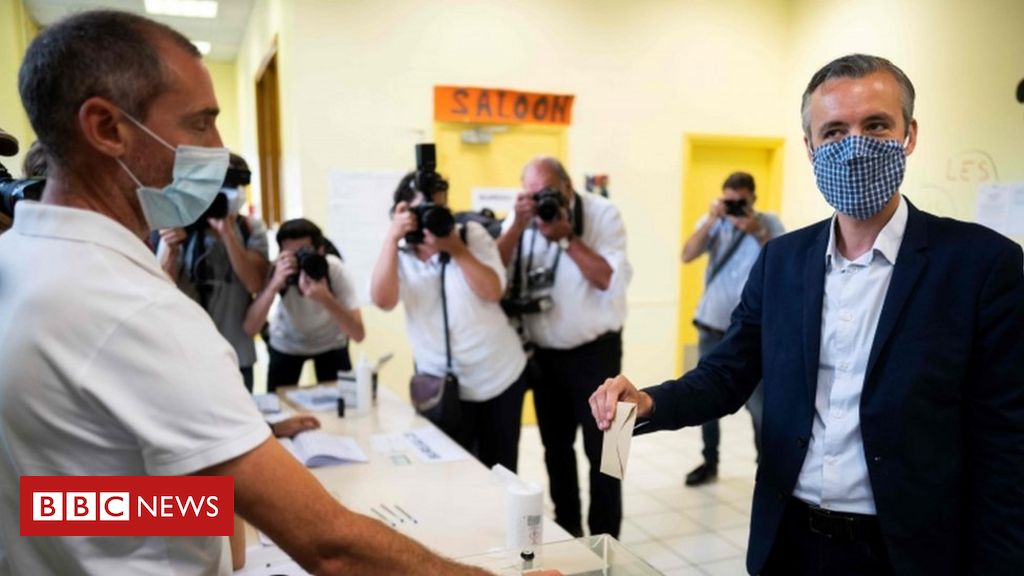 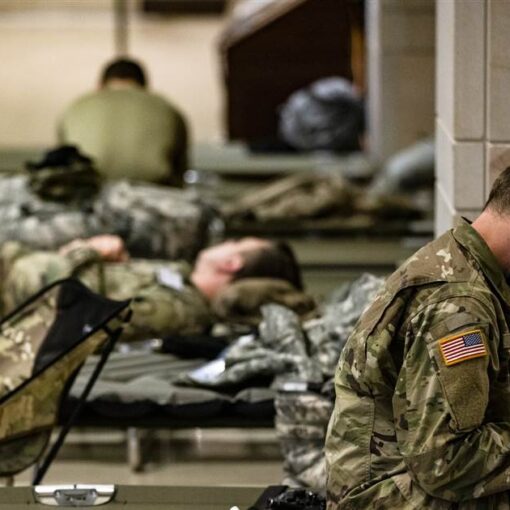 National Guard troops were allowed back into the Capitol to rest after being asked to move, a request that sent some to […]