WASHINGTON — Sky and Space Global, a company preparing a constellation of cubesats for voice and low-data-rate communications services, says it has only enough cash to continue its plans for the next two months.

SAS Global, in an April 15 notice to the Australian Securities Exchange, said it needs to raise 7.2 million Australian dollars ($5.2 million) to prevent further delays with its constellation of low Earth orbit satellites.

Additionally, the first launch of SAS Global’s constellation of 200 cubesats experienced a delay, announced April 9, from the middle of this year to early 2020. SAS Global didn’t say if the delay was from Virgin Orbit, whose LauncherOne rocket has yet to conduct any missions, manufacturing setbacks due to a late payment to cubesat builder GomSpace, or some other reason.

To stay on its new launch schedule, SAS Global is seeking to raise the 7.2 million Australian dollars through stock sales before the end of May, the company said. Without that money, SAS Global said it will need to “undertake a further capital raising, or seek alternative financing, in order to execute its current business plan without changes.”

SAS Global and GomSpace recently revised their constellation contract after SAS Global missed a $2.3 million payment due in December. GomSpace said March 5 that it received the payment. The company had stopped building satellites for SAS Global during the payment lapse.

The amended agreement requires advanced payments from SAS Global, and changes the pricing structure to a cost-plus model.

Seeking to avoid more launch delays, SAS Global said April 9 that it signed a memorandum of understanding with Rocket Lab which, while not yet a contract, could set the stage for a launch of operational satellites in the fourth quarter of this year, with more launches to follow.

SAS Global said it also signed a memorandum of understanding with European launch provider Arianespace for the launch of 88 cubesats on multiple Vega light-lift launchers.

In 2017, SAS Global launched three prototype satellites on an Indian Polar Satellite Launch Vehicle, allowing for tests of technology and services planned for the operational constellation.

The 200-satellite constellation under construction is designed for equatorial service, but a second smaller constellation of eight to 16 satellites would expand coverage globally, SAS Global said.

The secondary constellation would operate in high inclination orbits, according to SAS Global, extending the company’s reach to places like Russia and Canada in the north and Argentina and Australia in the south.

The tentative agreement for more satellites includes the stipulation that SAS Global provide GomSpace with “advance payments and financial assurance for payments.” SAS Global is a large customer for GomSpace, counting for 23 percent of its 2018 revenue. GomSpace said in its annual report that it was forced to lay off staff when the operator missed its December payment.

On April 16, GomSpace said the agreement for the second constellation is conditional on SAS Global securing financing. British girl goes missing in Mallorca: Police launch search for 14-year-old who was last seen outside her secondary school two days ago […] A regular credit card lets you buy stuff with credit and then pay it back. But if you have minimal or bad […] 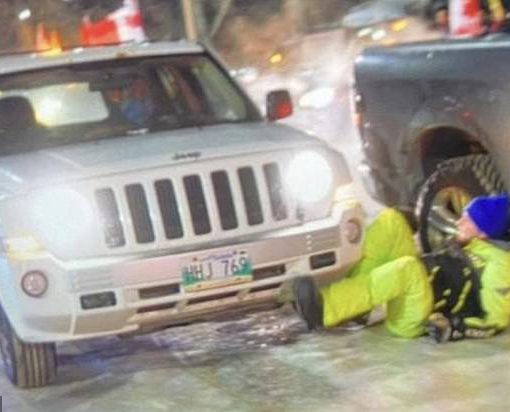