Four decades ago, Robert A. Caro began writing a multipart biography he calls The Years of Lyndon Johnson. Over 3,000 pages and a Pulitzer later, he’s still working on the fifth and (allegedly) final volume.

“In writing about me and my hopes of finishing, [journalists] often express their doubts of that happening in a sarcastic phrase: ‘Do the math,’ ” Caro, 83, writes in the introduction to Working, a new book about his research.

Yet concern over longevity might be better suited to his tools. Caro writes first drafts longhand, then types them up, complete with carbon copies, on a Smith-Corona Electra 210 typewriter. He spoke to Popular Mechanics about the equipment that has facilitated some of the best historical writing of our time, or any time.

Popular Mechanics: What do you bring with you when you go to the archives?

It makes me think more. Today everybody believes fast is good. Sometimes slow is good.

Almost two years ago, Ina [Caro’s wife] and I went down [to the archives], and I’m sitting there, in the reading room, writing my notes. Everybody else is standing there taking photographs of their documents. They do it with cell phones now. If you saw me there, you’d see one person who’s not in the modern age.

PM: Have you ever been tempted to switch to pictures?

RC: No. I feel there’s something very important, to be able to turn the pages yourself. I don’t want anything standing in between me and the paper. People compliment me on finding out how [Johnson] rose to power so fast in Congress by using money. That happened down there, and it was a vague, amorphous thing. I was sitting there with all these boxes, taking all these notes. And you saw letters, his very subservient letters-“Can I have five minutes of your time?”-and then you see the same letters coming back to him. And I said, Something happened here. What’s the explanation? Why is a committee chairman writing to Lyndon Johnson, asking for a few minutes of his time? So I sat there and put my notes into chronological order. And then it became absolutely clear.

Would the same thing have happened if I’d stood there taking photographs and went back? Possibly. But I don’t believe it. To me, being in the papers is really important.

PM: So-there was a story that came out in the New York Times about President Obama’s presidential Library-

RC: I don’t know enough about Obama’s library to comment on that.

PM: More generally, then…. Archives, I think, are moving more toward being digitized. And things like emails, and tweets even, were never in a physical format. Do you have any thoughts on how that might change your kind of research for historians later on?

RC: You mean that so much is done by email, that sort of thing?

PM: Yeah-I guess, if someone maybe forty or fifty years from now is trying to do a similar kind of very, very deep dive, they want to turn every page; but “every page” is thousands and thousands of emails … do you think that that would be a different kind of research?

RC: Well, there’s no reason why that has to be a different kind of research. Someone else could come along who was nuts like me and say, I’m going to look at every email. What’s more worrisome to me is that, when you talk about digitization, somebody has to decide what’s digitized. I don’t want anyone deciding what I can see.

It’s very hard to destroy a complete paper trail of something. Lyndon Johnson was very secretive, and he wanted a lot of stuff destroyed. But the fact is, they were cross-referencing these pages into ten or twenty or thirty different files. There’s always something.

But the whole idea of emails-I don’t use emails, I may be wrong-I’m not sure there’s a trail like that. It’s too easy to delete.

PM: Were there ever things you couldn’t get your hands on? Or that you hadn’t even known were missing?

RC: With Johnson in particular, you don’t know what’s missing. You’re constantly finding things that were not deliberately concealed, but that nobody knew were there, or nobody knows the significance of. An awful lot of stuff in that library is closed-for national security reasons, or for embarrassment to some liberal person or something. I always ask to have them re-reviewed. And the way re-review works is, every agency involved in the document has to pass on it before it can be opened. It takes forever. You’ve about forgotten that you ever asked for it, and then you’d suddenly see the archivist coming up from her floor with a green folder. On the front of it will be a stamp, “Opened By:” and she has to initial it and put the date. And then you say, Oh, I’m looking at something that nobody has seen, probably, since 1966. It’s thrilling.

PM: Do you ever use Google?

RC: Sure. But you know, I don’t use Google a lot. What I use a lot is control-find.

Let’s say-during the Vietnam War, the Senate Foreign Relations Committee had a lot of executive sessions. They’re endless. They’re volume after volume of small type. It really would be sort of an impenetrable mass, but with control-find, of course, if I want to know if there were additional references to the Gulf of Tonkin after the truth started to come out, I just hit control-find. That is the great help for researchers.

PM: Is it difficult to find ribbons for your typewriter?

Keeping these typewriters going is turning into a real job. Because they stopped making them about 30 years ago, you have to have a spare supply. If a part breaks, you have to cannibalize another typewriter.

Now, the ribbons. The reason I like the type to be very dark is that I type and re-type these pages so many times that the words sort of cease to… hit you. But if you want the type to be bold, it has to be cotton ribbons, not nylon. Nobody, as in zero, makes cotton ribbons anymore. Ina found one guy, and called him, and he said, Yeah, I’ll make you cotton ribbons-if you order a dozen gross. So if you ever want a box of cotton ribbons, I’m your man.

The same things happened with these legal pads, white with narrow lines. They don’t make ’em anymore. So again, I have to order this immense amount, and I have stacks of them in East Hampton.

There’s a teacher at LaGuardia High School, and he used to teach an entire course on The Power Broker. [Caro’s first book, about city planner Robert Moses.] At the end of each year, he’d rent a van and drive these kids around to see all Robert Moses’ projects. They’d wind up all the way out on Long Island, and come to my house.

One time his cell phone ran out of charge and we didn’t know when they were going to arrive. I was writing in the woods-I had trucked in a shack, a 12×15 to put on cinderblocks-and Ina started leading them on the path, and I heard this young man saying, “And that must be a typewriter!” None of them had ever seen a typewriter before.

It’s quite interesting-I was born and worked most of my life in the age of print, but now I’m in the digital age. It’s like they changed the rules of the game on me.

A version of this story appears in the May 2019 issue. 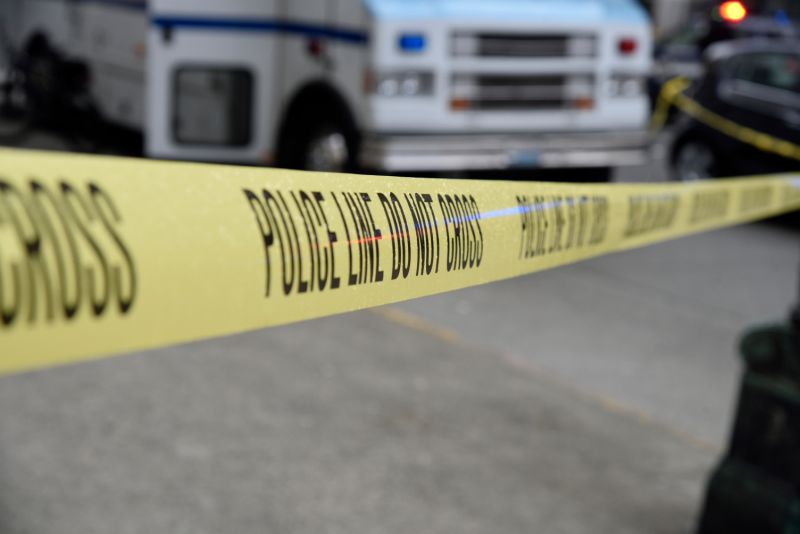 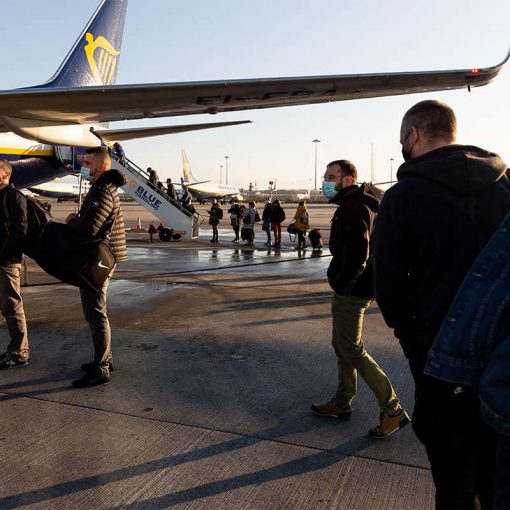 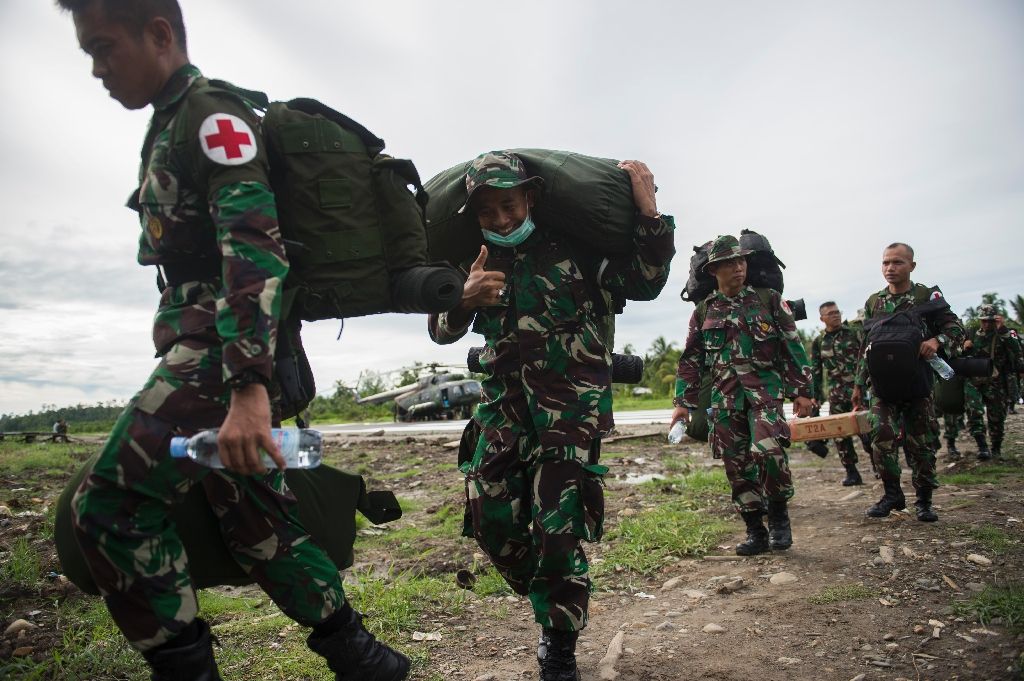 The ancient city of Mahendraparvata has been hidden in the mountain forests of Cambodia for centuries, but thanks to airborne lasers we […]