Salah went into Liverpool’s showdown with Chelsea with the weight of expectation on his shoulders thanks to his immense goalscoring exploits for the Reds.

But the approach to the hotly-anticipated Premier League clash had been overshadowed this week after a small group of Chelsea fans were filmed singing a sick chant about the Egyptian.

Salah’s Islamic faith was referred to in a racist manner in the horrific song, which has since been widely criticised and prompted the Blues to take action against the supporters involved.

Mohamed Salah did his talking on the pitch, doubling Liverpool’s lead after Sadio Mane had scored with a screamer that Chelsea goalkeeper Kepa Arrizabalaga had no chance of stopping.

The former Chelsea ace seemed to make a point of hitting back at the fans who had criticised him by praying as part of a poignant celebration in front of the Kop.

Salah closed his eyes as he stood on just his right leg and put his hands together in what is universally recognised as a praying gesture.

Liverpool fans took to social media after seeing the 26-year-old’s celebration, hailing the way he reacted to bagging following this week’s furore.

“That celebration from Salah after the racist video this week was beautiful, what a player,” said one supporter.

Another wrote: “That new Salah celebration hard though.”

A third quipped: “Can we take a minute to appreciate this celebration.”

A fourth fan reckoned Salah was sending a message of peace to his detractors among the Chelsea faithful.

Sky Sports commentator Martin Tyler hailed Salah’s incredible goal, which handed Liverpool a stranglehold on the game that they did not give up.

“He had no chance of reaching it, a blockbuster.

“The Egyptian King with a regal moment here at Anfield and 0-0 has become 2-0 in a blink of an eye.”

Caleb Ewan arrived at this Tour de France a different man compared to the one who made a commanding debut last year, […] 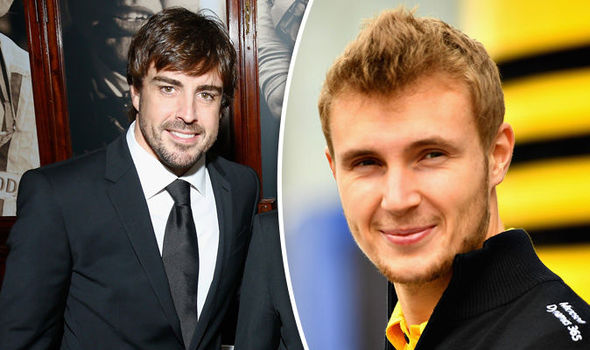 Williams are closing in on a deal to put Sergey Sirotkin alongside Lance Stroll for the 2018 season. Felipe Massa was Stroll’s […]

11.46pm GMT23:46 Sam writes from the airport. “About to board my flight home having witnessed the first two days with my very […]