The swansong takes its mythical meaning from the solitary and beautiful cry that a swan allegedly makes as it dies, a wail made more poignant by the fact that swans glide silently through their lives, leading to that final moment of reckoning. It is an ancient notion that was already well established among the Greeks of the third century BC.

And so it is we anticipate poetry in motion from Winx on Saturday, a send-off equal to her unmatched career, a swansong full of grace and beauty and power, as she puts a space between herself and the also-rans down the Randwick straight one last magnificent time, just as she has done in no less than 19 of her 36 career wins. But, to paraphrase national treasure Bruce McAvaney, this is more special than special. The racing public expect an archetypal fairytale finish; even after all she has given us, we need the Queen of the Turf to leave us with one final indelible record of her greatness, that of the greatest thoroughbred athlete to take breath since the rum corps staged the first Australian horse race around Hyde Park in 1810.

Check the record, read the scores of tributes penned in the past week alone: our champion of champions, better than Carbine, Phar Lap, Bernborough, Kingston Town, Makybe Diva, Black Caviar, better than the best ever, literally in a class of her own. And, sorry chaps, a record of sustained excellence at the top grade that exceeds the best from anywhere, be it Ascot, Longchamp, Churchill Downs or Happy Valley. As her patient postilion, humble Hugh Bowman, has said, most top class horses can sustain top speed for three to four hundred metres maximum, whereas Winx can sustain top speed for six, seven, eight hundred metres, often breaking the speed barrier of 32 seconds for her final 600m. Stamina and speed, that’s the difference between Winx and the rest.

The meticulous care taken by trainer Chris Waller to keep her running across four incredible seasons is integral to the story. Before winning her fourth (unprecedented) Cox Plate last spring, Waller summed up: “The first 12 months was spent building, the next three was maintaining.” That consistency is her hallmark. Waller notes the mare only stopped growing in the last 12 months and it has been his primary job to ensure she maintained peak performance. Being a mare has also ensured her long racetrack career. Champion colts with less ability are not risked for long on the track, but are quickly moved on to lucrative careers at stud. None have stuck around for four seasons to accumulate $24m in prize money.

There are two types of Winx victories: overcoming seemingly impossible positions in running, and arrogant victories of sheer dominance. Among the former, take the 18th in her 30-race winning streak, the 2017 Warwick Stakes, missing the start by four lengths but still dropping from the clouds to grab victory in the shadows of the post. Or her 28th in a row, the 2018 Turnbull stakes at Flemington, when Bowman uncharacteristically rode the mare upside down, yet being that rarest of racehorses with a manifest will to win, she still got up. In the latter category, take your pick. For mine, there were none more electric than the 2018 Chipping Norton at Randwick.

Racing’s culture is built on a linguistic bedrock of epithets, catch-phrases and cliches and Winx has been a gift to racing’s bush poets, the racecallers. “It’s equine utopia”, opined Matt Hill as the mare made it four Cox Plate wins last spring. And the man who has called every Sydney win, Darren Flindell, knows Winx marks his career zenith.

Waller has said the mare’s connections have kept her racing, for the sake of racing. And it’s true, for Winx has almost single-handedly “made racing great again” in an era when it is facing its greatest, existential challenge. The build-up to Saturday has been extraordinary. Racing doesn’t get better PR than this and the game is thanking its lucky stars to have had Winx to overshadow its mounting image problem. A wave of repellent integrity scandals have rocked racing in recent years, from betting scandals, to rigged races, the use of jiggers, go fasts, go slows, “milk shakes” and “top ups”. For some, this is just the business-as-usual of colourful racing identities. But an even greater threat is emerging, online worldwide, from animal welfare activists determined to have racing banned.

Winx and her trainer, jockey and connections have been there as a counterpoint, to offer an alternative that puts respect for the animal front and centre. So when the mare powers home before a sellout crowd on Saturday for her third consecutive Queen Elizabeth Stakes, a world record 25th win at the highest grade, Group 1, she will have put down a benchmark that may never be bettered and for that moment racing’s ultimate cliche, “racing was the winner”, will never be more true, either before or beyond.

We say “when”, but we mean “if”. For there’s that nagging doubt, the infamous “great uncertainty of racing”. Without waxing too lyrical, this is Australia after all, the truly run horse race could be said to distill the mystery of life: no matter what has gone before, we cannot predict for certain what will happen in the future. Still we try, it’s not called the gamblers fallacy for nothing. And so with each subsequent win, Winx defies the odds. In two centuries of the Australian turf, there has been no horse her equal. As Waller has said many times, he never goes into a race with Winx expecting to win. Likewise, Bowman always expresses his respect for her rivals, and takes nothing for granted.

Perhaps prophetically, in Winx’s case we have the example of Zenyatta, America’s champion mare of the noughties, who went into her swansong unbeaten after 19 races, only to lose her final race by a lip. Win or lose, the great mare has given turf lovers, horse lovers and animal lovers so much, she has nothing to prove on Saturday. Let her get around safely, take her final bow and retire quietly to equine immortality. Racing will be be the winner.

Rick Parry, the EFL chair, has warned football will have to return behind closed doors to survive its biggest challenge outside of […] 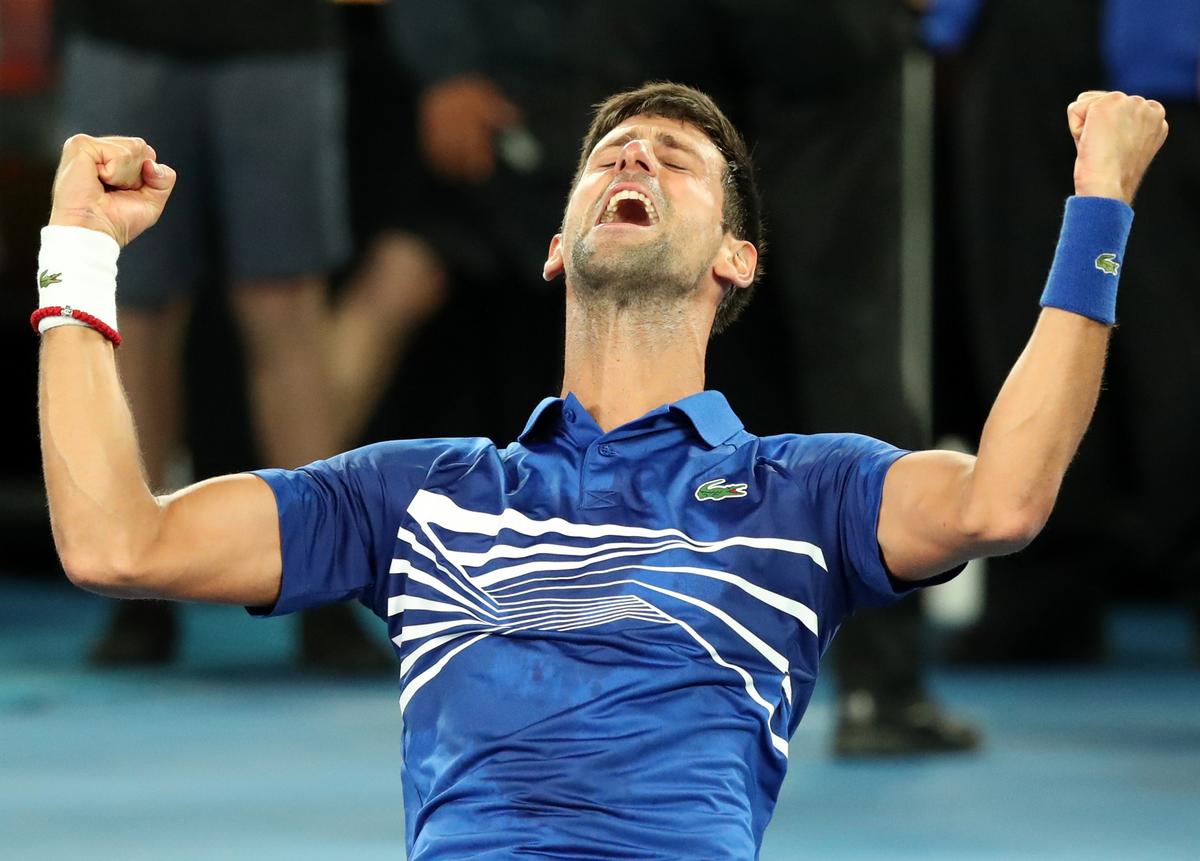 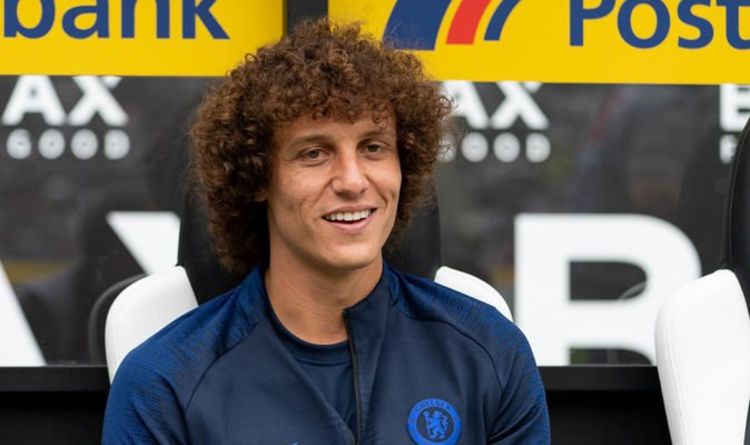 The Gunners are looking to strengthen their backline ahead of tomorrow’s 5pm deadline. That’s after the departure of Laurent Koscielny to Bordeaux […] 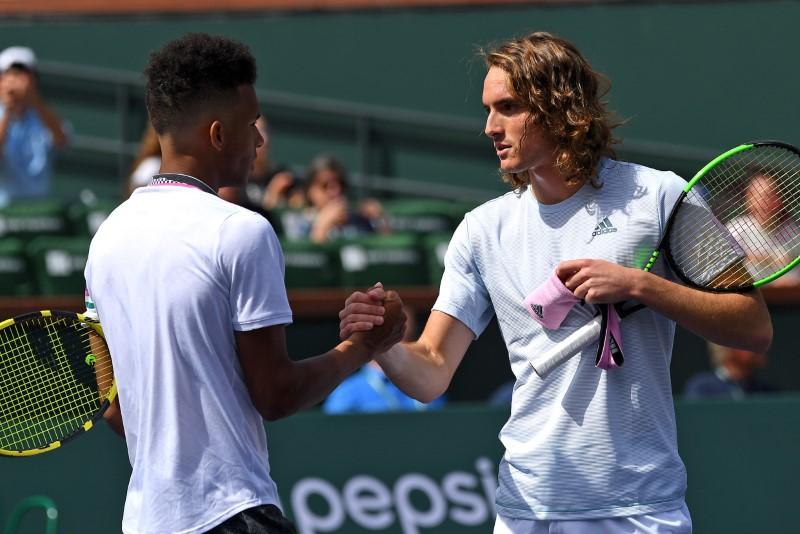 Mar 9, 2019; Indian Wells, CA, USA; Felix Auger-Aliassime (CAN) reacts after defaeting Stefanos Tsitsipas (not pictured) during his second match in […]