The Argentine magician was clattered from behind by Chris Smalling leaving him a gruesome mess.

Messi went to ground and the cameras saw blood streaming from his nose onto the Old Trafford turf.

Medical personnel were quick to the Barcelona star as they eventually stopped the blood flow.

It was Messi who will have left happier than anyone in the end though as the Catalan club won the Champions League quarter-final first leg.

A Luke Shaw own goal proved the difference as he inadvertently diverted Luis Suarez’s header past a helpless David De Gea.

But Manchester United could have got something from the game and will rue missed opportunities, especially in the first 45 minutes.

Red Devils boss Ole Gunnar Solskjaer felt his side didn’t start playing until they conceded but praised Scott McTominay for his performance.

He said: “Scott McTominay was fantastic. Every time he plays for us he is improving. He’s a great athlete, wins his challenges and quick on his feet. He started settling us to be fair.

“We played a good team. We know you have to defend a lot without the ball and you might be tired when you get the chance yourself. We go there with one thing in my mind, we have to score.

“We did as well as we could against Messi, kept our shape well. It could have gone both ways. I don’t think we hit the target and that’s a disappointment. We go there with work to be done but chances.

“We’re playing against a great team. It’s a tough one, we’ll go there with the knowledge we can score over there.”

McTominay was imperious throughout and dominated the midfield areas for much of the match.

But he lamented the amount of respect his United team-mates showed Barcelona in the opening 10 minutes.

He explained: “In the first 10 minutes we showed them far too much respect but after that we adapted really well and looked the better side. It was an entertaining night to watch on the TV.

“Barcelona are top class, it’s difficult to get the ball. It’s not as easy as going out to press like mayhem.

“We have to do more in front of goal, score more goals. It’s a big second leg to go. It’s only half time. We are Manchester United and you can never write us off.”

Smalling was generally happy with the efforts of United and believes the lack of chances Barcelona created was testament to the performance.

“We pressed them high and made it difficult. It’s a shame we couldn’t get the goal. I thought we created some good chances,” he added.

“We had a spell in the first half where we went after them and then we looked nervy, but after half time we got at them.

“The whole team, we nullified them. I think there was only one other save for David de Gea. We knew we had to bring that intensity that they’re not used to.

“It was a good battle, my yellow card on Luis Suarez out of all the challenges I thought it was the softest.”

Gerard Pique also reflected on an important win and what it was like being back at Old Trafford.

He said: “After seeing the PSG game, you do not have to trust the result, they came in Paris with a better result and look what happened, big clubs can do these things, you have to work it out.

“It was special to come here after so many years, we are defensively at the best moment of the season, I feel comfortable, very well because of my age and experience.”

United travel to the Nou Camp next Tuesday for the second leg against Barcelona.

The winners will take on either Liverpool or Porto in the semi-finals of the Champions League. 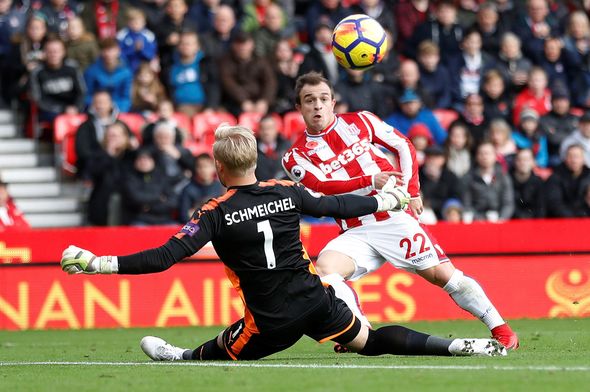 The managers When life has finally returned to normal, I think football will change for the better. We should see the reversal […]