Ball one: To d or not to d, that is the question

There is always a bit more than the points at stake when Yorkshire visit Trent Bridge but, at the risk of resurrecting the ghosts of long gone (but not forgotten) industrial disputes, stubbornness can be a foe as well as a friend. When Nottinghamshire captain Steve Mullaney was dismissed, he already enjoyed a lead of nearly 400 and could have unleashed Stuart Broad and Jake Ball for five or six overs before the close. Instead, he gave Joe Clarke a shot at back-to-back centuries (he had to be satisfied with 97*) and set Yorkshire an impossible 447 on the final day, one batted out by Joe Root and Gary Ballance. With just one club to be relegated this season, why not be a little more aggressive in search of the wins that are the key to a title challenge?

Hampshire swept aside Essex by an innings, James Vince marshalling his phalanx of canny bowlers to overcome the 2017 champions with worrying ease. Bowl at the stumps appeared to be the somewhat simple (if oft neglected) instruction, as 12 of the 18 wickets Hampshire required were gained bowled or LBW. Fidel Edwards, the arm lower than ever now he’s in his late 30s (yes he is!) led the way, his first innings fivefer showing the value of being fast and full. Captains can be a little reluctant to set the 5-4 fields straight bowling demands, but they’re often sanguine about runs through Third Man – so why not risk the odd clip through midwicket?

Ball three: Gregory infallible, this time with the ball

Kent had to wait out a day before their return to Division One was underway, but things happen pretty quickly at Taunton, and the match proved a rollercoaster ride from day two. Defending a fourth-innings target of 206, Somerset needed quick wickets if they were to sow the seeds of doubt in the visitors’ minds, and they got them courtesy of a favourite of this column. Lewis Gregory may be more a batsman in the white-ball game, but he opened the bowling with red in hand and snared Sean Dickson first ball – always a pleasant fillip. By the time Gregory accepted his sweater, he had 4-13 and Kent were 50-6, the task beyond even Darren Stevens. Gregory is a man who makes things happen.

In the last game of last season, Tom Taylor took his much delayed bow for Leicestershire after his move from Derbyshire and chipped in with six wickets – few noticed. But the 24-year-old pacer started this season with a bang, his 10 wickets allowing his side a cruise to a seven-wicket win at Hove. There was a time when a Leicestershire away win in the Champo was news of note in and of itself, but if they can keep the always awkward Chris Wright fit, there may be better times ahead with an opening attack that will take wickets. With three promotion slots up for grabs and last year’s sixth place the benchmark, Leicestershire might just prove to be the dark horses of the division.

With their new captain, Cameron Bancroft, meeting obligations to have dinner in Australia, Durham went down to Derbyshire, losing their last seven wickets for 58 runs. The Australian was a somewhat surprising pick as captain and Durham were not best pleased when Cricket Australia insisted that he attend the Western Australia Awards ceremony in Perth. Though Bancroft himself is wholly blameless this time (as opposed to being largely blameless), Cricket Australia should spend less time worrying about their brand and their sponsors’ egos and more time allowing one of their players to rebuild his career free of the cling of controversy.

Dare we dream? Dare we? Pros bullying students seldom attract my attention, but there he was – Haseeb Hameed – not just in double figures (a rare sight over the last couple of years), but triple figures and beyond! His 218 against Loughborough MCCU might just be the boost his confidence needs (along with Lancashire’s continuing faith) and, obviously, the knock required some knowledge of the location of his off stump. Down the pecking order, he has a big case to make and even a double century is merely a clearing of the throat, but he has time to build his argument. And he wouldn’t be the first young Test player to take a little time to find their feet after a setback. He could ask the guy who opened the bowling in this match about that – one James Anderson.

Jürgen Klopp has reassured Liverpool fans there is no chance of him turning up at Bayern Munich in the immediate future, though […] 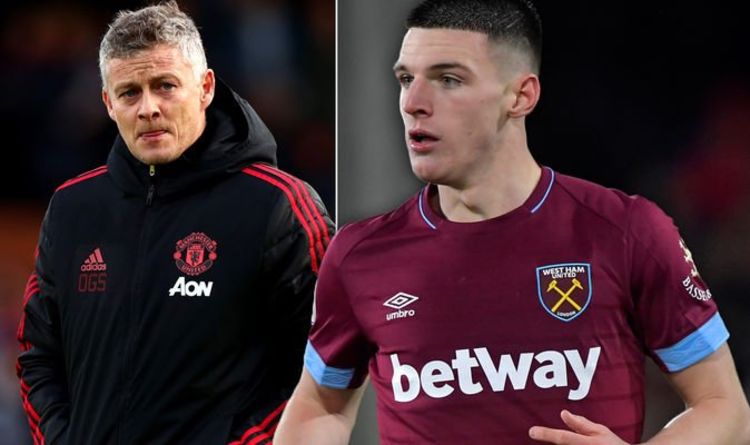 Manchester United have asked about the availability of young West Ham midfielder Declan Rice, according to The Sun. West Ham have previously […]