And a new update means a long of list of patch notes to check out during ongoing server maintenance.

“Let’s cool down for a bit,” reads an Epic post. “Downtime has started for v8.20 update. Head over to the patch notes to learn about what’s new.”

With Fortnite offline for the next hour or two, Epic Games has published the full list of changes coming to Battle Royale.

This includes a brand new Poison Dart Trap that fires projectiles when triggered.

“It’s a Poison Trap! Catch your opponents off guard with this new addition. But remember, watch where you step,” Epic explains.

Fans can also take advantage of new healing items scattered around the map. This includes Bananas, Coconuts and Peppers.

Perhaps the most exciting addition of all is the limited time Floor is Lava event.

“Lava gradually rises from the lowest parts of the map, and it’s hot!” Epic explains. “Drop in and quickly loot and gather materials so you can be the first to reach the high ground.”

• Lava gradually rises from the lowest parts of the map, and it’s hot! Drop in and quickly loot and gather materials so you can be the first to reach the high ground.

• A few minutes into the match, the lava will begin to rise.

• The lava moves at a steady speed until the entire map is covered.

• Touching the lava will apply damage directly to your health and bounce you up in the air.

• You can build on the lava.

• Players will be given a small number of materials every second, to help out in those “entire map is on fire” situations.

• The Baller no longer applies damage to players on collision.

• The knockback/bounce effect will remain unchanged.

• We’ve noticed a lot of discussion around the Baller, so here’s an update!

• We’re not satisfied with the current use of Ballers, specifically in the late game. With the v8.30 update, we will release a change that will allow players to shoot through the glass of The Baller.

• Non-glass parts will still have collision and block damage from bullets.

• In v7.40 we implemented a few Pop-up Cup settings as a test in core modes. After monitoring a combination of gameplay, data, and feedback, we’ve gathered necessary info to conclude this initial test. We feel it has resulted in an unhealthy level of aggressive play, diminishing other viable strategies. The following changes have been reverted in all core modes:

• 50 Health (or Shield) based on your health when the Elimination occurs.

• That said, these mechanics have proven to be positive in our competitive playlists. All changes above remain enabled in the new Arena Game Mode.

• Converted to hitscan, meaning this weapon no longer fires projectiles (snipers) and now fires the same as other Assault Rifles.

• Can be placed on walls, floors, and ceilings.

• Can be triggered up to three grid cells away.

• Targets hit by darts will receive a damage-over-time effect that applies damage directly to health, bypassing any shields.

• Subsequent hits will refresh the duration of the effect, but the amount of damage per tick does not change.

• Can be found in the tropical biome.

• When consumed, Coconuts grant 5 points of effective health over a short time. That means it will replenish shields if the player is at max health.

• Can be found in tropical and desert biomes.

• When consumed, peppers instantly grant 5 health and also increase the player’s movement speed by 20% for 10 seconds.

• Can be found in the desert biome.

• The Buried Treasure directional indicator is now attached to the player and emanates from the area of the treasure map in order to improve visibility, especially while moving.

• The indicator will continue to pulse every 3 seconds while the item is equipped.

• Adjusted the collision of the Pirate Cannon to ensure the driver’s seat is always enterable without needing to nudge the cannon.

• Moved the seat prompt locations for easier entry into the cannon.

• Increased the radius of cannonballs and player land explosions from 200 units to 250 units.

• Reduced cannon impulse/knockback when firing a cannonball while driving or when launching a player. This is unchanged when coasting.

• Adjusted the equip time of the Epic / Legendary Pump Shotgun to match the Uncommon / Rare versions.

• Fixed an issue where Clingers were damaging players through walls when stuck to another player.

• Smoothed out the motion of grenade projectile trajectories, which were lagging behind by a tick.

• Entering a vehicle no longer plays the release sound of balloons if you have no balloons.

• The balloon rope will no longer remain on your back when you run out of balloons.

• Fixed an issue where players were flying out of a Pirate Cannon in a different direction than expected.

• Fixed an issue preventing the ability to enter a Pirate Cannon when close to other geometry.

• Fixed the ability for players to finely tune Pirate Cannon’s ability to aim side to side.

• Fixed an issue causing Buried Treasure to spawn loot on the Starting Island.

• Added a unique elimination message when eliminated by a Lava surface.

• Increased relevancy distance for players being able to see explosions.

• That’s not all! Increased infinite dab from 13 hours to 14 hours in the lobby.

• Fixed an issue with the icy feet effect remaining on indefinitely while emoting.

• Traps now do damage directly to The Baller vehicle instead of dealing damage to the driver.

• Fixed issue causing some traps to be inside thicker structures, making them hard to see.

• Fixed a rare occurrence of a player being invulnerable while DBNO.

• Fixed the camera sometimes traveling too far when cycling to another player.

• Compete any time and gain ‘Hype’ to advance to higher leagues and unlock exclusive tournaments, such as the Fortnite World Cup Online Opens.

• Each League is broken up into several Divisions, with players working their way from Open League to Contender League to Champion League.

• Scoring will update from division to division, with an increasing amount of Bus Fare lost with each match at higher divisions.

• Note: Matchmaking in Arena is based on players with similar Hype. As a result, players in higher divisions may experience longer than normal wait times before a match is found.

• Participation in this event requires players to have reached Contender League in Arena play prior to the start of the event.

• The prize pool will be distributed across all server regions, with official rules and details released later this week.

• March 30th – Round One: All Eligible Players

• Fixed an issue where poor server performance could cause undesired effects on clients such as unnecessary movement corrections.

• Added a fix for a rare server crash.

• Made a small server performance improvement related to the Baller vehicle.

• Improved file I/O performance when skydiving on all platforms by changing what data we prioritize loading first.

• Fixed a bug where the destruction effects were not playing on the Baller when it’s destroyed.

• What used to be the 0.5 setting is now mapped to 1 (maximum loudness)

• If your volume was previously above 0.5 you will need to adjust the volume on your television or whichever device you’re playing on to achieve the same level of loudness.

• Footsteps from spectated players’ teammates are now played at a reduced volume.

• Fixed an issue where some items didn’t have proper audio when dropping them from inventory.

• Changes to the ping graph for the net debug HUD.

• There’s now a setting to control if pinging while ADS/Targeting places a danger marker.

• Fixed a bug that was causing a player’s Squad Fill preference to reset to “Fill”.

• Fixed an issue where scopes would be missing reticle lines on low settings.

• Fixed an occasional awkward camera movement that would occur when switching to different view targets while spectating.

• Voice Chat has been reactivated on iOS.

• Updated the battery icon to indicate the device is charging. Refreshes visibility every 2 seconds.

• This is the part of the UI that tracks how many resources and ammo you’re picking up.

• Fixed an issue with quickbar and extra buttons that made it possible to cause fire state to be stuck on a continuous loop.

• Fixed an issue causing the camera to jump on initial touch input.

• This will also fix the issue where HUD control buttons are missing when starting a match on some Android devices.

• Fixed not being able to select building material while being a passenger in a vehicle. 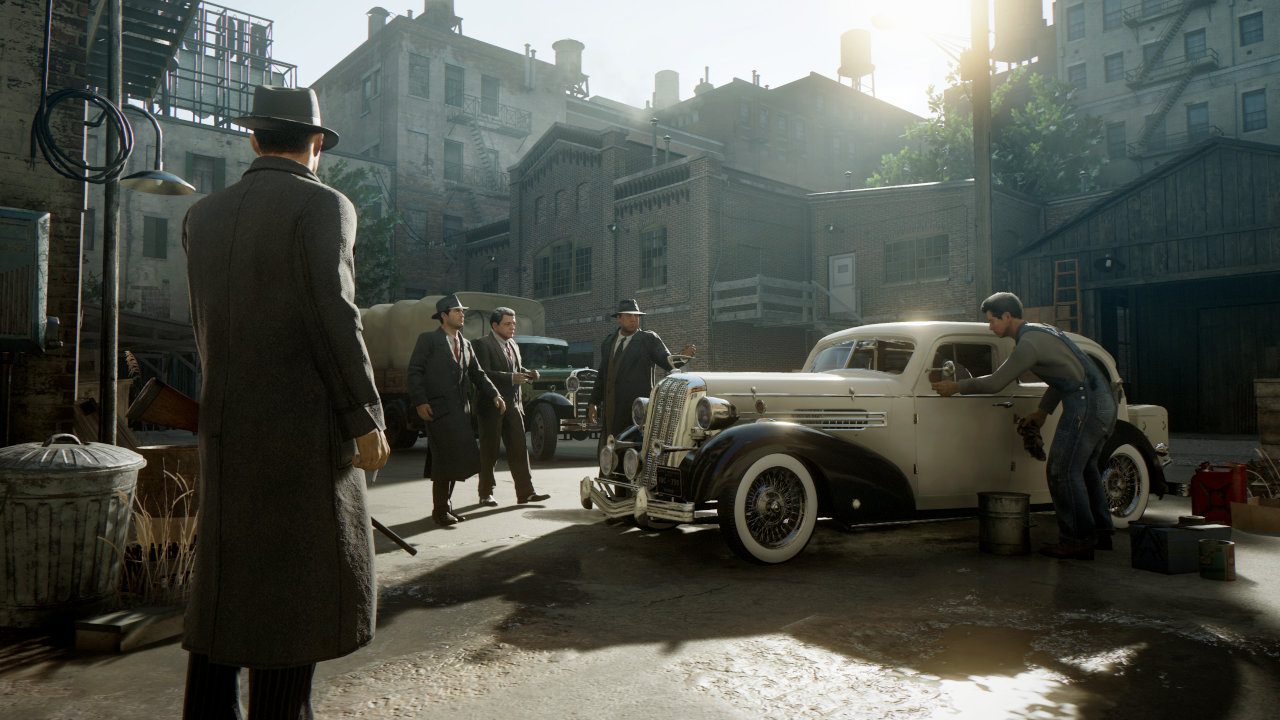 After two and a half years of development, the time has come to share Mafia: Definitive Edition with the world. Creating this […] 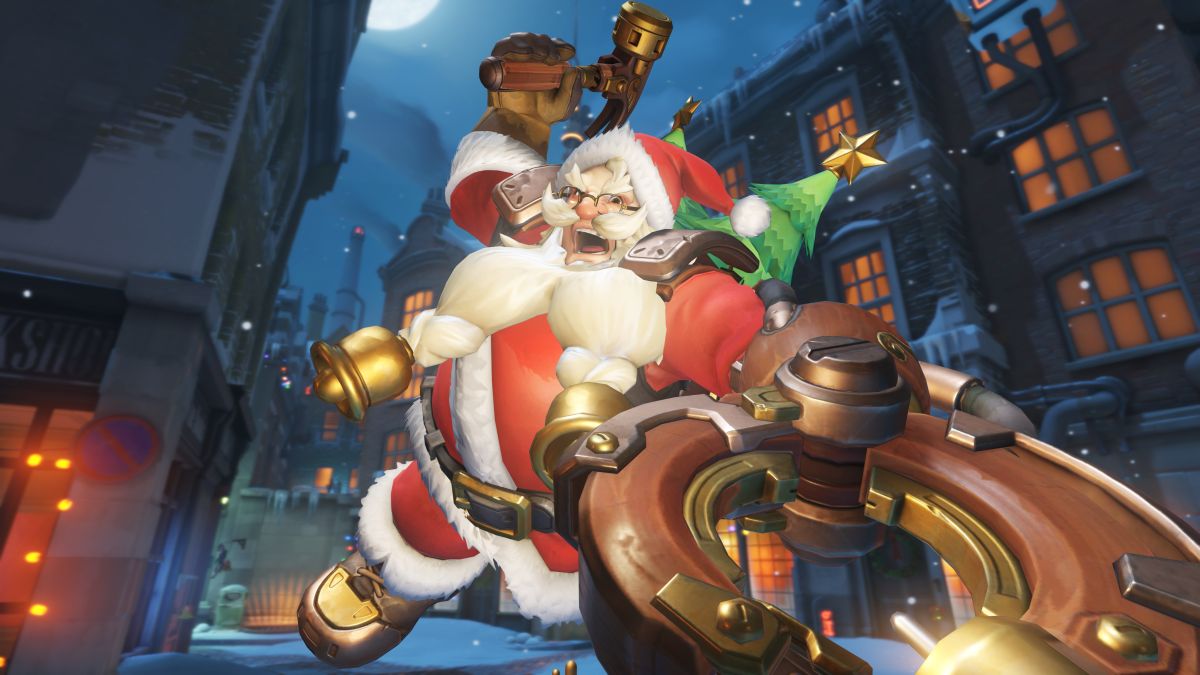 It’s almost Christmas, and if you’re lucky, you’ve got several people in your life as enthusiastic about games as you are. Of […] 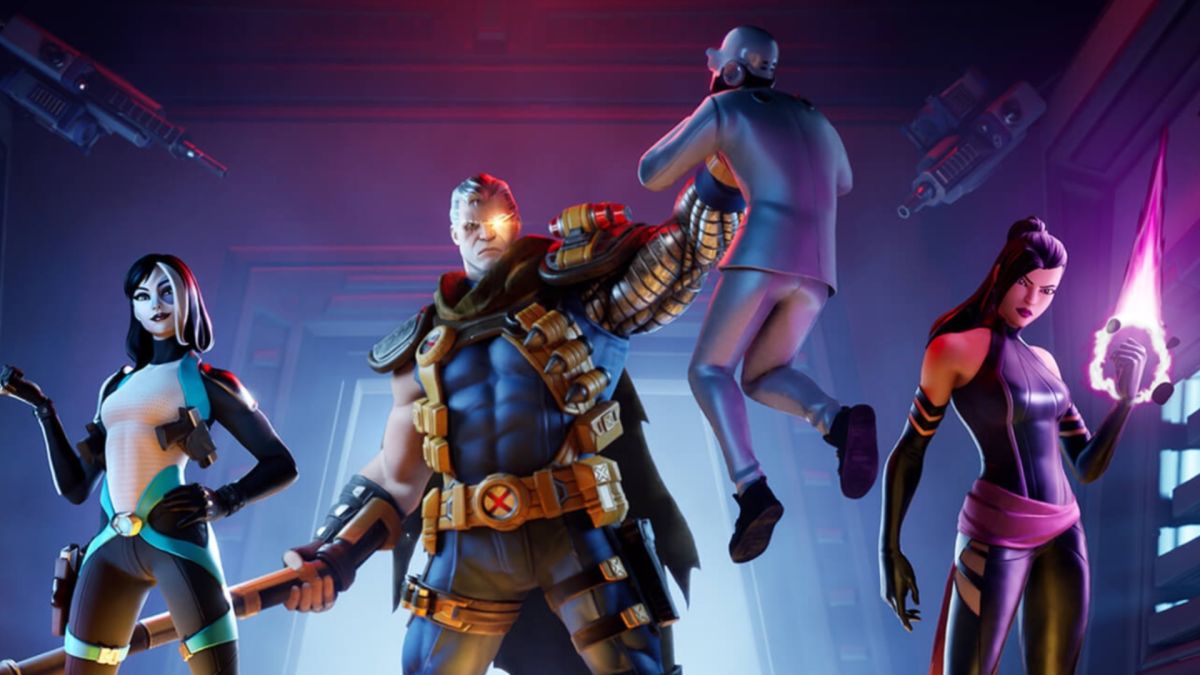