JOANNA Forest can remember how she felt in the weeks before her world fell apart. “It seemed everything had come together,” she recalls. “I was doing something I loved and the future felt full of promise.”

The stage school graduate was just 21 but already tipped to be a star, a veteran of the West End stage who had recently appeared alongside actor Richard Wilson in a production of The Weekend, Michael Palin’s writing debut.

Then, one evening, while in the throes of a Europe-wide touring production, she noticed a lump on her breast.

“At first I didn’t think much of it,” she says. “I wasn’t even checking – I didn’t back then, but looking in the mirror I could see something seemed different and made a note to mention it to my mum when I returned home.”

In fact it was far from nothing. A visit to the doctor confirmed it was breast cancer, making Joanna one of the youngest women in the country to be diagnosed. Plunged into unchartered territory, she could only place her trust in those treating her.

“I remember asking my surgeon whether I was going to die,” she recalls. “He told me that everyone was going to do their best to make sure I didn’t.”

At 41, Joanna is not only in rude health but a best-selling classical artist who shot to fame in 2017 when her debut album, Stars Are Rising, went straight to number one in the classical album charts – knocking no less than Alfie Boe off the top spot.

She’s now just released her second album, The Rhythm Of Life, in which she duets with, among others, Paul Potts and children’s television presenter Andy Day.

So she’s a long way from those dark days, although Joanna’s parents Harold and Angela would no doubt be the first to testify to their daughter’s determination to overcome the odds.

As Joanna remembers it, from the first time she saw Sarah Brightman in a televised performance of Song & Dance – a musical comprising two acts one of which is told entirely through singing, the other through dance – she was determined that she too would do the same thing.

“I must have been about seven or eight and she made such a huge impression on me,” she says. “What she was doing was different from being a pop star – she was telling a story.”

Her mind made up, she resolved to attend stage school, much to the bemusement of her parents.

Joanna was one of the youngest women in the country to be diagnosed with breast cancer (Image: Getty Images)

“They were the opposite of pushy parents – it all came from me,” she laughs. “If anything, they thought, ‘Where does this come from?’ We’d listened to music a lot as a family and they had taken me to musicals but other than that there was nothing. But their attitude was that if your child has a talent and a passion, you should support it.”

Her resolve won her a place at the renowned Italia Conti Academy, from where she landed her first West End role aged just 13, in Bernadette, about a young peasant girl who had visions of the Virgin Mary at Lourdes in 1858.

It wasn’t a hit – it lasted just three weeks – but confirmed to Joanna that performing was in her blood. “Every time I did something professionally it just cemented the fact that I wanted to do that as my career,” she continues. “The failures and rejections were all part of the training.

“Stage school toughens you up as from a very young age you’re auditioning and you’re dealing with rejection – and they drum it into you not to take it personally.”

After graduating at 18, Joanna worked non-stop in both theatre and television. She landed a role in TV series The Upper Hand, alongside doing adverts and voiceovers.

The world, it seemed, was her oyster until that fateful moment in 1999 when she spotted the lump while touring in a Broadway musical review.

“Even my doctor thought it was nothing to worry about when I went to see him,” she remembers. “I was so young that I was the wrong demographic for breast cancer.”

It was only after taking the decision to get the lump removed anyway, in what was initially a straightforward operation, that Joanna learned the lump was anything but benign.

“I came back to have my stitches out and they told me I had cancer,” she says. “Obviously it was a huge shock. It was all so unknown, and I had had no way of preparing for it.”

Further surgery followed to ensure the cancer had not spread to her lymph nodes, then chemotherapy, as all the while Joanna tried to come to terms with this unexpected and seismic shift in her circumstances.

“A diagnosis like that has its challenges at any age but at 21 everybody around you is at the start of their adult lives,” she says.

“My way of coping was not to look too closely at the statistics. I knew certain things like if you were younger, it could be more aggressive. But I chose not to dwell on that and put my trust in the doctors.”

It helped too that her father, who had remarried, had just become a father again at the age of 56 to Joanna’s brother Sam, now 19. “He was the best distraction ever, really,” Joanna says. “His arrival was a truly positive thing. My parents were amazing too – they must have been so concerned and worried but they never showed it. They were just so strong.”

Thankfully, after a gruelling eight months Joanna was given the all clear, although she admits it took longer to recover emotionally than physically.

“My confidence was hugely knocked and the thought of auditions was scary. They’re pretty tough – you have to own the room,” she admits.

“At the same time, going through what I’d been through had made me more determined than ever to go for my dreams and that meant having to find my confidence again. More than anything I didn’t want to be defined by having cancer. That was very important to me.”

She went back to the drawing board, taking singing lessons again, and returned to the theatre and musicals, among them Dr Dolittle, the musical starring Tommy Steele. In 2014, she duetted with Britain’s Got Talent star Paul Potts at a concert for breast cancer awareness charity CoppaFeel!

Despite her success, Joanna’s aim of recording her own album still felt like a distant dream, albeit one that her husband James Selby, whom she met five years ago and married three years ago next month, was determined to see her fulfil.

James is credited by Joanna with pushing her out of her comfort zone which meant funding the release of Stars Are Rising – a nerve-wracking but exciting affair.

“I did it completely independently which meant having complete control over what I was doing. It was a huge learning curve but it was also really exciting as I just wanted people to love it as much as I did.” It seems they did. In 2017 the album charted at number one.

Now she has released a second album – something altogether different. “It’s got a concept all of its own,” she explains.

“Each track represents part of a day in the life of a child, from waking up in the morning to going to sleep at night and everything in between.

“So it starts with a cover of Take That’s Greatest Day – I think every child should wake up thinking the possibilities of the day are endless and it is such a vibrant happy song – and the very last track is Clair de Lune, which is a beautiful dreamy tune to go to sleep with.”

The album sees her reunited with Paul Potts, with whom she sings Because We Believe. “It was an emotional song for both of us,” Joanna recalls.

“When you think about Paul’s story – he was working at the Carphone Warehouse and it took such a big amount of belief to put himself forward. So that was very moving.”

More live shows beckon, although such is Joanna’s love of performance that she is happy to take her songs anywhere.

“Singing doesn’t have to be on stage in a ballgown,” she says, laughing.

“Last week I did a workshop with primary school children and for some it was the first time they had listened to orchestral music and to see them all joining in gave me every bit as much of a buzz as performing in a theatre full of thousands.”

The Rhythm Of Life, by Joanna Forest is released on March 22, a perfect Mother’s Day gift. www.joannaforest.com 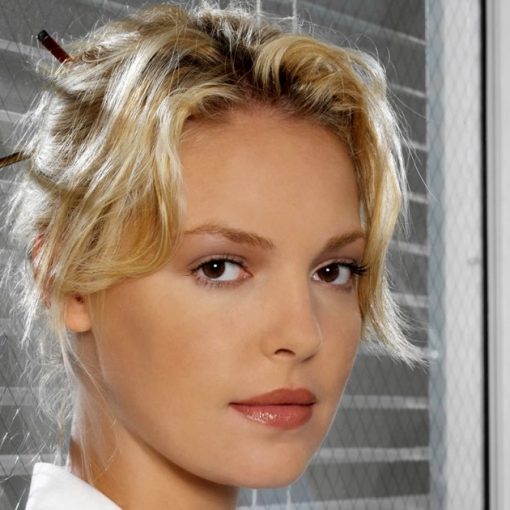 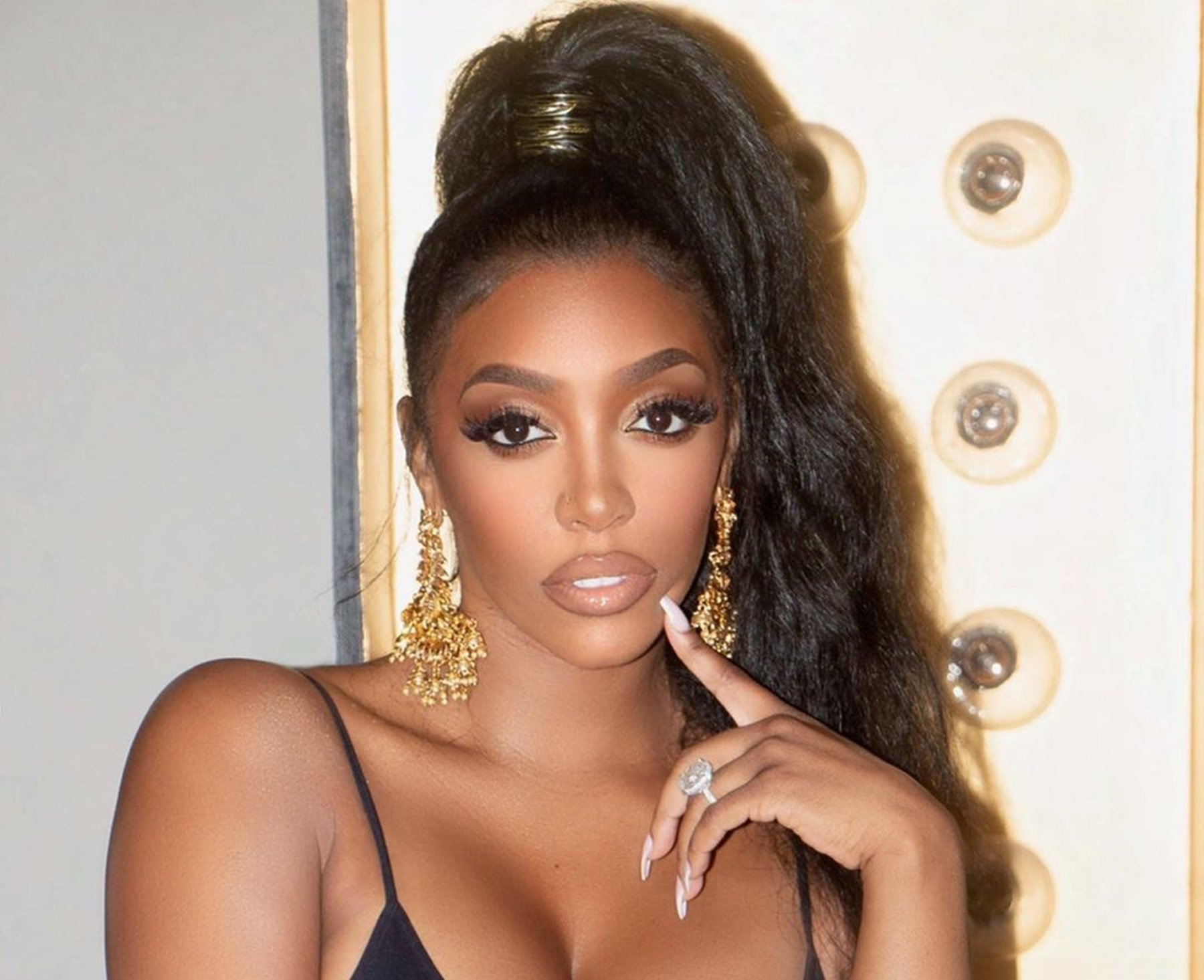 Porsha Williams probably just broke the Internet with the latest posts on her IG account. The RHOA star is living her best […] 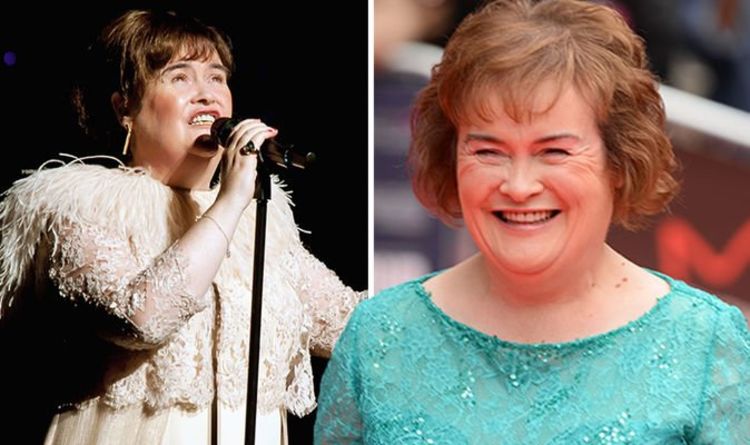 Susan Boyle, 58, has been keeping her fans updated after it was announced the Britain’s Got Talent finalist’s new album Ten is […] 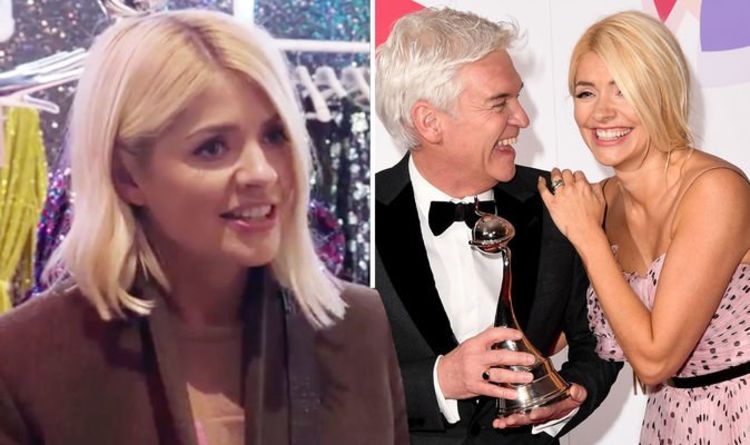 This Morning stars Holly Willoughby, 38, and Phillip Schofield, 57, have been fronting the ITV show together for 10 years. The former […]