SANTIAGO (Reuters) – The Uber driver pulled up to the international airport outside Chile’s capital. As his passenger jumped into his gleaming Suzuki, he glanced around furtively for signs of trouble.

“Working in the airport isn’t easy,” he told a Reuters reporter, a rosary on the rearview mirror swaying as he raced towards the motorway. “Uber in Chile isn’t easy.”

That is because Uber drivers can be fined or have their vehicles impounded if caught by authorities ferrying passengers. Chile has yet to work out a regulatory framework for ridesharing.

“This (Uber) application is not legal,” Chile´s Transport Minister Gloria Hutt said last year. “It does not at present comply with Chilean legislation to carry paying passengers.”

Uber’s unregulated status in fast-growing markets such as Chile poses a potential risk for the firm as it prepares for a much-anticipated IPO.

It has also launched a cat-and-mouse game of sometimes comical proportions in this South American nation. Drivers warn each other of pick-up and drop-off points where police officers and transport department inspectors are lurking.

They also enlist passengers as accomplices. Riders are routinely instructed to sit in the front seat and memorize a cover story – just in case.

“If anyone asks, I’m your friend’s Uncle Diego,” one so-named Uber driver told Reuters on another recent run.

Another, 41-year-old Guillermo, told Reuters his standard alibi for male passengers is that they are his football mates. He and other drivers declined to give their surnames for fear of being identified by authorities.

Uber’s app and website make no mention of its unsettled legal status in Chile, where it now boasts 2.2 million monthly users and 85,000 drivers since its launch here in 2014.

The company advertises prominently on billboards around Santiago and through promotional emails as if nothing were amiss.

Veronica Jadue, the company’s spokeswoman in Chile, insisted Uber was legal. She cited a 2017 Supreme Court ruling that thwarted efforts by Chilean taxi firms and unions looking to halt the service in the northern city of La Serena. The court cited legislation introduced in 2016 by the government of former President Michelle Bachelet to regulate ride-hailing services. “The intention is to regulate it, not to prevent its development,” the three-judge panel said.

That legislation, nicknamed the Uber law, is still pending as the government, powerful taxi unions and app-based startups try to strike a deal.

Jadue declined to confirm whether the company knew that drivers in Chile were coaching passengers to help them mislead transit officials. “We have stressed the importance of cooperating with authorities,” she said.

A series of scandals has already damaged Uber’s reputation. The company has been excoriated for its frat-house culture, sharp-elbowed business tactics and pitched battles with regulators worldwide. While the San Francisco-based start-up has been valued at as much as $120 billion, its growth has slowed. [uL1N20925L]

Clearing up its status in Chile and elsewhere will help. Still, would-be shareholders likely will be more interested in Uber’s ability to maintain its dominance in Latin America and other places where rivals such as China’s Didi Chuxing are moving in, according to Nathan Lustig, managing partner of Magma Partners, a Santiago-based seed stage venture capital fund.

“They’ll be more bothered by market share and whether Uber can be profitable in places…where there´s competition,” Lustig said.

In a statement to Reuters, Uber said it is “working diligently” to ensure that ridesharing regulation moves forward in Chile.

In the meantime, penalties keep piling up. Since 2016, inspectors from Chile’s Ministry of Transport have issued 7,756 fines ranging from $700 to $1,100 to Uber drivers. Local cops have doled out thousands of citations as well.

Drivers told Reuters Uber reimburses them the cost of their fines to keep them rolling. Uber said it does so “on a case by case basis.”

The company’s technology is helping too. For example, Santiago-area riders had complained on social media that drivers were frequently cancelling rides to and from the airport, a hot zone for citations.

The solution: a special category of service on Uber’s Chilean app known as UberX SCL, named for the code for the Comodoro Arturo Merino Benitez International Airport. Those runs are handled by daring souls willing to run the risk of getting fined, drivers told Reuters.

Securing a driver can be only half the battle. On its Chilean website, Uber instructs passengers who are leaving the airport to meet their drivers in a short-term parking lot. Drivers told Reuters they use the Uber app´s messaging system to switch meeting points if they suspect citation writers are hovering.

Uber declined to discuss the reasons for its tailored communication in Chile. Spokeswoman Jadue said Uber’s Chile products “are designed to deliver a positive experience to riders and drivers.”

Matias Muchnick, a member of Chile’s vibrant start-up community, said the “chaos” is embarrassing. The country touts its orderliness and sophistication to foreign investors, who might not see the adventure in ducking transit cops after stepping off their international flights.

“People get a bad first impression,” the artificial intelligence entrepreneur said at a December investment conference in Santiago.

But David Brophy, professor of finance at the University of Michigan, said such tales could be a selling point for some IPO investors.

“The key thing is that people want to use it, even though it’s not comfortable if you´re stopped by the cops,” he said.

EVEN POLICE USE UBER

Uber has tangled with regulators across the globe, including in other parts of Latin America.

In Argentina, for example, the company remains unregulated years after entering the market. Lawmakers in Buenos Aires have largely sided with taxi drivers, who complain Uber charges artificially low fares while avoiding all the overhead born by cabbies.

But the region’s commuters are hooked on the price and convenience, while car owners see opportunity. Uber says it has 25 million active monthly riders in Latin America and one million drivers.

In country after country, it has found success by following a familiar playbook: expand quickly in a legislative vacuum, then leverage popularity and market power to shape regulation.

Still, some local governments are reasserting their authority. In the United States, for example, New York City last year capped the number of rideshare vehicles on its streets. Los Angeles is contemplating a ride-hailing tax to reduce road congestion.

In Chile, negotiations on the Uber Law have been slow.

Taxi unions want lawmakers to limit the number of rideshare drivers and ensure their fares do not undercut those of cabs. Transport startups, led by Uber, have run their own energetic lobbying efforts. Riders have voted with their smartphones; many have little sympathy for “taxi mafias” that long kept prices high and delivered patchy service.

Caught in the middle are Chilean officials. Hutt, the transport minister, admitted publicly that her children used the app and that she had too until she took her post last year. Uber drivers told Reuters that public servants – including police officers – are frequent customers.

In an interview in his Santiago office, Jose Luis Dominguez, the country’s subsecretary for transport, acknowledged his agency’s dilemma.

“(Uber) shouldn’t be operating. Passengers shouldn’t be using it,” Dominguez said. “But…ignoring that it exists would be like trying to block out the sun with your finger.” 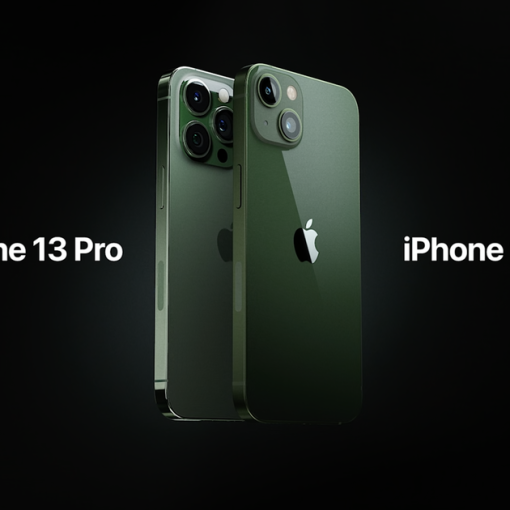 By Jack M. Germain Aug 13, 2020 4:00 AM PT The growing work-from-home movement amid the coronavirus and its likely continuing challenges […]

All eyes were on Apple earlier this week with the US technology giant revealing its all-new iPhone 8 and iPhone X. These […]