Netflix each month sees new content added and old content culled. A lot of Bond movies are leaving, so you should make sure to watch Goldfinger, Die Another Day, Casino Royal, and more before they go. Here is everything leaving Netflix in April 2019, so set up your queue.

A riotous and raunchy exploration of the most eagerly anticipated — and most humiliating — rite of adulthood, known as losing one’s virginity. In this hilarious lesson in life, love and libido, a group of friends, fed up with their well-deserved reputations as sexual no-hitters, decide to take action.

Man-child Billy Madison (Adam Sandler) has been a spoiled rich kid all his life and spends his days drinking and partying. When his father, hotel magnate Brian (Darren McGavin), becomes fed up with his son’s irresponsible ways, he issues an ultimatum. Since Billy passed all his schooling thanks to his father’s influence and bribes, he must retake and pass every grade in 24 weeks. Otherwise, the business will be turned over to Brian’s conniving associate, Eric (Bradley Whitford).

After receiving a license to kill, British Secret Service agent James Bond (Daniel Craig) heads to Madagascar, where he uncovers a link to Le Chiffre (Mads Mikkelsen), a man who finances terrorist organizations. Learning that Le Chiffre plans to raise money in a high-stakes poker game, MI6 sends Bond to play against him, gambling that their newest “00” operative will topple the man’s organization.

Netflix: There is a lot of content leaving on April first (Image: Netflix)

James Bond (Pierce Brosnan), equipped with an armoury of hi-tech gadgets, infiltrates a Las Vegas diamond-smuggling ring in a bid to foil a plot to target Washington with a laser in space. However, as 007 prepares to tackle the evil Blofeld, the mastermind who threatens to destabilise the world, he is captivated by the delicious Tiffany Case – but is she really a double agent?

James Bond (Pierce Brosnan) is captured by North Korean agents and must serve a gruelling prison sentence. He’s finally released and is convinced that someone in his own agency betrayed him. He escapes from custody and travels to Cuba, hot on the heels of Zao (Rick Yune), the agent who put Bond behind bars. Meanwhile, Bond begins romancing NSA agent Jinx (Halle Berry) as he uncovers a scheme concocted by Zao and British millionaire Graves (Toby Stephens), involving a highly destructive laser.

THE HIGHWAYMEN ON NETFLIX: HOW TO STREAM – PLUS RELEASE, CAST AND MORE

Son of Memphis (Hugh Jackman) and Norma (Norma Jean), little sweet penguin Mumble (Elijah Wood) has a big problem: he can’t sing a single note. In a world where everyone needs a heart song to attract a soul mate, Mumble feels he doesn’t belong there. Our hero Mumble is the worst singer in the world, but he can tap dance brilliantly.

All Happy Gilmore (Adam Sandler) has ever wanted is to be a professional hockey player. But he soon discovers he may actually have a talent for playing an entirely different sport: golf. When his grandmother (Frances Bay) learns she is about to lose her home, Happy joins a golf tournament to try and win enough money to buy it for her. With his powerful driving skills and foulmouthed attitude, Happy becomes an unlikely golf hero — much to the chagrin of the well-mannered golf professionals.

Master criminal Neil McCauley (Robert De Niro) is trying to control the rogue actions of one of his men, while also planning one last big heist before retiring. Meanwhile, Lieutenant Hanna (Al Pacino) attempts to track down McCauley as he deals with the chaos in his own life, including the infidelity of his wife (Diane Venora) and the mental health of his stepdaughter (Natalie Portman). McCauley and Hanna discover mutual respect, even as they try to thwart each other’s plans.

AQUAMAN: WILL THIS AQUAMAN STAR BE IN NEW NETFLIX HULK HOGAN BIOPIC?

I Love You, Man: The bro-rom-com is leaving Netflix in April (Image: DWP)

I Love You, Man

Successful real-estate man Peter Klaven (Paul Rudd) has it all: a great job, a beautiful home and a loving wife-to-be. Unfortunately, due to his devotion to both his work and fiancée Zooey (Rashida Jones), Peter has failed to make any friends. With his wedding fast approaching, the pressure is on to find a best man and so Peter embarks on several desperate attempts to find a best buddy.

Three policemen, each with his own motives and obsessions, tackle the corruption surrounding an unsolved murder at a downtown Los Angeles coffee shop in the early 1950s. Detective Lieutenant Exley (Guy Pearce), the son of a murdered detective, is out to avenge his father’s killing. The ex-partner of Officer White (Russell Crowe), implicated in a scandal rooted out by Exley, was one of the victims. Sergeant Vincennes (Kevin Spacey) feeds classified information to a tabloid magnate (Danny DeVito).

When Bond (Roger Moore) investigates the murders of three fellow agents, he finds himself a target, evading vicious assassins as he closes in on powerful Kananga (Yaphet Kotto). Known on the streets as Mr Big, Kananga is coordinating a global threat, using tons of self-produced heroin. As Bond tries to unravel the mastermind’s plan, he meets Solitaire (Jane Seymour), a beautiful tarot-card reader, whose magic is crucial to the crime lord.

James Bond (Pierce Brosnan) is assigned to solve the murder of agent 009, killed in East Germany clutching a fake Fabergé egg. The trail leads to India, where an enigmatic woman operates a smuggling ring under the cover of a travelling circus. However, her real motives prove to be far more sinister, and Bond uncovers a plot to blow up a US Air Force base in West Germany.

Sex and the City: The movie was not considered a success but die hard fans will want to watch (Image: NLC)

When retiring police Detective William Somerset (Morgan Freeman) tackles a final case with the aid of newly transferred David Mills (Brad Pitt), they discover a number of elaborate and grizzly murders. They soon realize they are dealing with a serial killer (Kevin Spacey) who is targeting people he thinks represent one of the seven deadly sins. Somerset also befriends Mills’ wife, Tracy (Gwyneth Paltrow), who is pregnant and afraid to raise her child in the crime-riddled city.

Sex and the City: The Movie

Four years after the earlier adventures of Carrie Bradshaw (Sarah Jessica Parker) and her best gal pals, she and her intermittent lover, Big (Chris Noth), are in a committed relationship. Samantha (Kim Cattrall), having survived cancer, has a monogamous relationship with Smith Jerrod. Charlotte (Kristin Davis) and her husband live on Park Avenue, and Miranda (Cynthia Nixon), now in Brooklyn, feels the pressure of family life.

The Man with the Golden Gun

Cool government operative James Bond (Roger Moore) searches for a stolen invention that can turn the sun’s heat into a destructive weapon. He soon crosses paths with the menacing Francisco Scaramanga (Christopher Lee), a hit man so skilled he has a seven-figure working fee. Bond then joins forces with the swimsuit-clad Mary Goodnight (Britt Ekland), and together they track Scaramanga to a tropical isle hideout where the killer-for-hire lures the slick spy into a deadly maze for a final duel.

The Spy Who Loved Me

The World Is Not Enough

Bond (Pierce Brosnan) must race to defuse an international power struggle with the world’s oil supply hanging in the balance. Elektra King (Sophie Marceau), is the daughter of a murdered oil tycoon whom Bond is assigned to protect. The villain is Renard (Robert Carlyle), who has a bullet lodged in his brain rendering him unable to feel pain. Also featuring nuclear weapons expert Dr Christmas Jones (Denise Richards).

You Only Live Twice

During the Cold War, American and Russian spacecrafts go missing, leaving each superpower believing the other is to blame. As the world teeters on the brink of nuclear war, British intelligence learns that one of the crafts has landed in the Sea of Japan. After faking his own death, secret agent James Bond (Sean Connery) is sent to investigate. In Japan, he’s aided by Tiger Tanaka (Tetsuro Tamba) and the beautiful Aki (Akiko Wakabayashi), who help him uncover a sinister global conspiracy.

Stringent vegetarian Justine (Garance Marillier) encounters a decadent, merciless and dangerously seductive world during her first week at veterinary school. Desperate to fit in, she strays from her principles and eats raw meat for the first time. The young woman soon experiences terrible and unexpected consequences as her true self begins to emerge.

After losing his job and wife, and spending time in a mental institution, Pat Solatano (Bradley Cooper) winds up living with his parents (Robert De Niro, Jacki Weaver). He wants to rebuild his life and reunite with his wife, but his parents would be happy if he just shared their obsession with the Philadelphia Eagles. Things get complicated when Pat meets Tiffany (Jennifer Lawrence), who offers to help him reconnect with his wife, if he will do something very important for her in exchange. 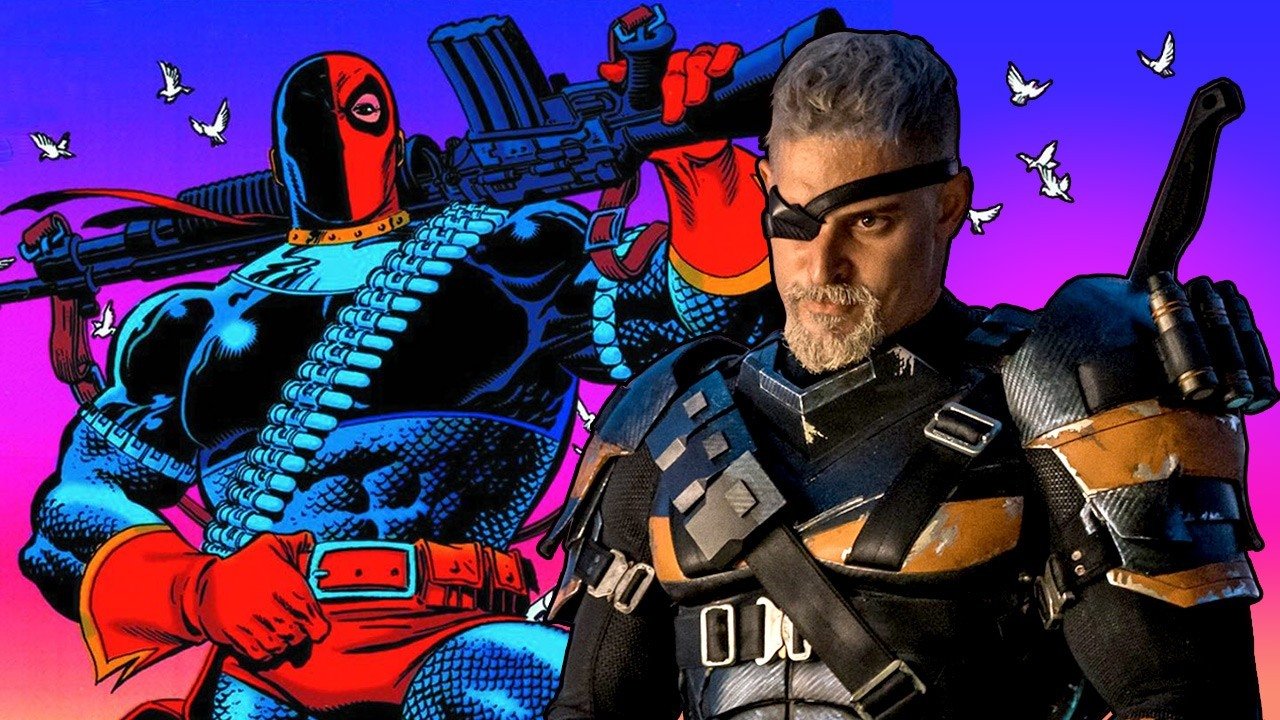 There have long been rumblings about The Raid director being linked to DC’s Deathstroke movie that would star Joe Manganiello, and Evans […] 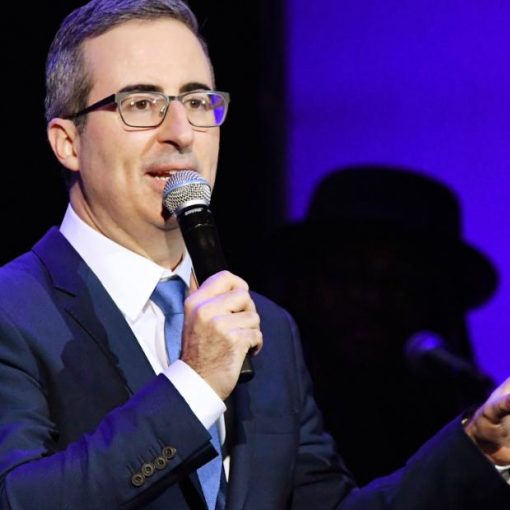 It was the first episode since his last show, which aired in November, and he covered a lot of ground, including former […] 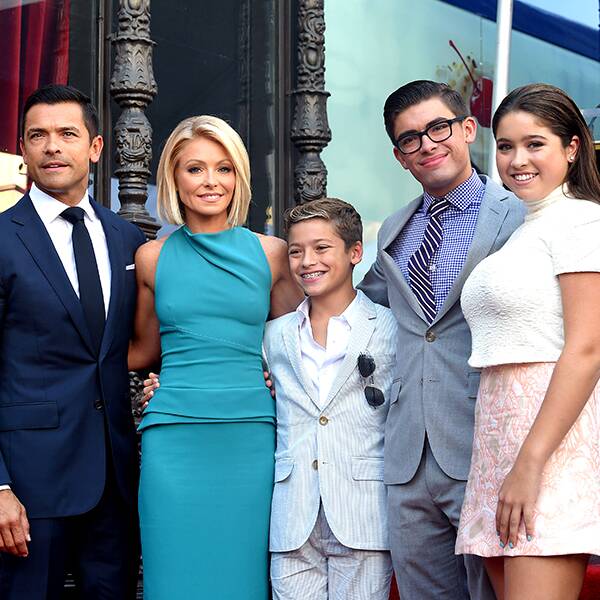 Kids, they grow up so fast. Kelly Ripa reminded her followers how much her children have grown by sharing then-and-now photos of […]

You may have had your thoughts about how the Bachelor premiere went down last night, but Colton Underwood doesn’t really seem to […]