Playing your favorite game from anywhere and on any device is 2019’s holy grail of entertainment. As we head into the 2019 Game Developer Conference (GDC), we’re awaiting Google’s eagerly anticipated announcement on March 19 with details about its cloud gaming platform (Project Stream and Project Yeti). So let’s save a checkpoint of our current state.

What do we mean when we talk about cloud gaming or game streaming? In cloud gaming, processing occurs on a remote server that “streams” the rendered frames to your local device, which sends back commands based on your in-game activity. People have taken to calling it “game streaming.”

But gaming’s active, bidirectional nature makes it different from traditional movie and music streaming. It’s also different from Twitch-like game broadcasts, which is why I prefer “cloud gaming.”

That term also differentiates it from in-home streaming — served up by the original Steam Link,  HP’s Omen Game Stream, AMD Link mobile and a lot of others — where you run games off a local system to play on less powerful devices but those devices are still on the same network. They’re also different from online multiplayer games such as Fortnite, which run entirely in the cloud but still perform most of the processing on your device.

Many of the problems from a couple of years ago remain. Here are the current players and where they stand.

The most advanced cloud gaming option — and by that I mean a good balance of features and performance — comes from the smallest company. Blade uses cloud-based virtual machines called Shadows. Once you’re logged in, most of the time you can’t really tell you’re not using a local desktop.

That means it can run any Windows game from anyone, with any launcher — it’s not limited to specific partners.  And Blade’s ahead of almost all its competitors when it comes to device support. It offers a small $140 box (Shadow Ghost) with Bluetooth and USB ports for keyboards, mice and controllers, and hooks up a TV or monitor to your Shadow; it also has Android, MacOS and Linux apps, while iOS is in beta. It recently rolled out Hive, a community chat and co-op interface lets you view and control other gamers’ screens as well as your own.

Unlike all the other platforms, Shadow can run at 4K and 60fps. There’s no guarantee your games will run that fast, though. Last time I tested it, the performance was roughly equivalent to an Intel Core i7/GTX GeForce 1070 system — which isn’t nearly powerful enough to run a lot of games at 4K.

The downside is it’s not for people who don’t want to manage their own computers — who just want to get in, play, and get out or deal with device connection and latency issues. And at $35 a month it’s expensive if all you want to do is play a few games.

Nvidia’s GeForce Now is probably the slickest and least troublesome cloud-gaming option I’ve used, in part because it’s been around for a while in different forms and in part because it’s somewhat limited. The Shield, Nvidia’s box for handling connections to peripherals, can connect to a TV or monitor for a console-like gaming experience. The Shield lets you play Android games on the big screen or cloud games via Nvidia’s GeForce Now (GFN) service. GFN lets you play games you own from the cloud.

The notable development for GFN is the ability to play on a Mac or PC. Nvidia’s client for doing so has been in free beta for over a year and it works quite well, provided your network lives up to its requirements from minute to minute: Greater than 25Mbps bandwidth, less than 2 percent frame loss and less than 80ms latency.

But full support is limited to games in your Steam library, on Battle.net or on Uplay, and not all games on those platforms. GFN also runs as a VM, but a locked-down one that launches when choose to run a game (or run the Steam client) and evaporates when you exit.

Though the beta is public, it’s still invitation only. We haven’t had any hints of iOS or Android support. Nvidia has yet to say when it will go into public release or reveal any pricing.

If there’s an old timer in cloud gaming, it’s probably five-year-old PSN. The service, which is fundamentally an all-you-can-eat subscription (charging $20 per month to $100 per year) for PlayStation owners, has lets you stream PS games to a PC for the last three years.

While it’s robust with a big library of games, those games rotate so you’re not always guaranteed to be able to play the ones you’re looking forward to. Also, Windows is the only platform it supports for cloud gaming, it’s only designed to work with a DualShock controller and it (unsurprisingly) doesn’t support keyboard and mouse.

With the PS4, Sony introduced a feature called “Remote Play,” which lets your PS4 stream games to a PC, Mac, Android, and as of March 2019, iOS. Like Stream Link Anywhere, Remote Play uses the console as a host that you can access via other devices without having to be on the same network.

Sony’s also rumored to have a new console in the works, and it’s possible that with the next rev the company will introduce the ability to stream games you own — and to more devices — directly via the PSN infrastructure. So you wouldn’t need a console but you’d be able to access hot new exclusives.

Steam Link started out as a box (like the Shield) which connects to a TV or monitor via Steam’s in-home streaming service. So there’s still a powerful system running the game, but you didn’t have to be in front of it. Parent company Valve discontinued the Steam Link and replaced it with an app to let you stream to your Android device, which is still in beta. There was initially an iOS app but after some problems with Apple’s App Store it just disappeared and we haven’t heard anything since.

Steam announced an update, Steam Link Anywhere, just prior to GDC 2019. The update untethers Steam Link from having to be on the same network as the computer hosting the stream. It’s still new and a little rough. For instance, when I try to connect from home, it asks me to enter a PIN on the host computer at the office. And when I try to leave the host on Wi-Fi instead of Ethernet, it’s always offline when I try to connect from home. Then I get to the office and find Steam has logged me out.

Steam Link Anywhere is very much a work in progress. It’s free, which is a plus. But you need a pretty meaty system to serve as the host, with a fast, robust and preferably wired network connection.

We already know that Google’s vision of our gaming future is on Chrome. Project Stream, its in-development cloud-gaming platform, lets you play games on any device via the Chrome browser. A public test running Ubisoft’s Assassin’s Creed Oyssey, which gave us a sense of what it could look like, concluded in the beginning of the year.

The company’s also been working on what many think is a console-like device, dubbed Project Yeti. It’s possible Yeti will be a Chromecast-like stick with a controller, but it could also be something a little more powerful like a small Chromebox, the desktop equivalent of a Chromebook. AMD already announced that the service will be “using” its Radeon graphics engine, and it’s possible it could be a Chromebox running the latest generation of AMD’s A-series processor chips targeted specifically at Chromebooks.

We also know that Microsoft’s working on its own Xbox-based cloud-gaming platform, currently called “Project xCloud.” The goal of xCloud is to get Xbox games — including its own exclusives — running on more devices. The company recently showed off a demo of Forza Horizon 4 running on a phone, and has said that it will go into wider testing later in 2019. But we know few details about what xCloud will look like, or how it fits in with the company’s console strategy. 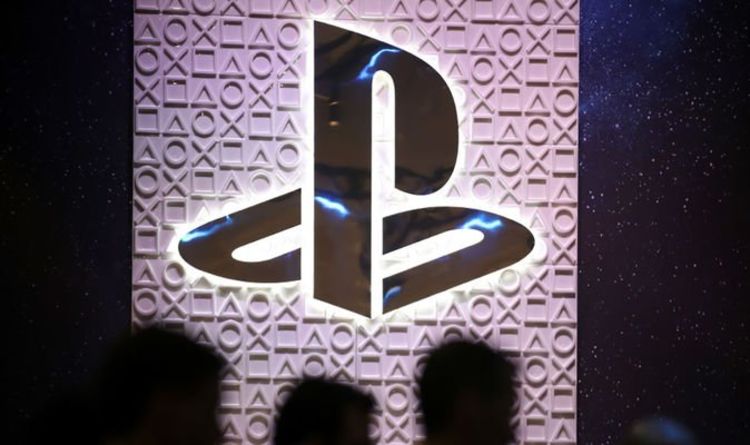 PS4 fans have been treated to some good news courtesy of a big new leak. The alleged new leak suggests that an […] 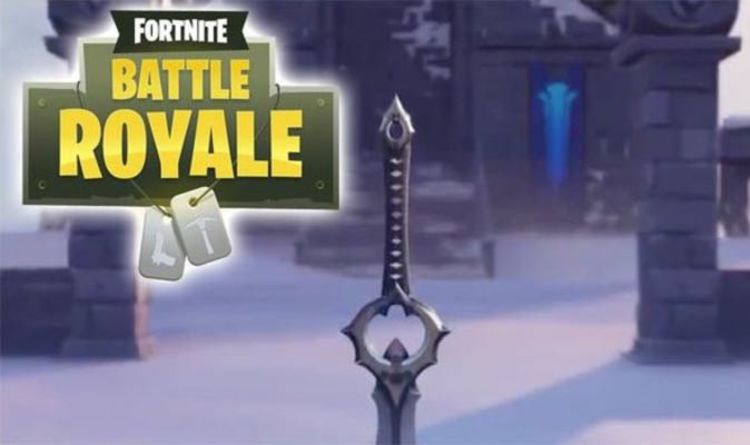 The Fortnite Sword location can be found on Polar Peak in the courtyard of the Castle. It’s isn’t that hard to track […] 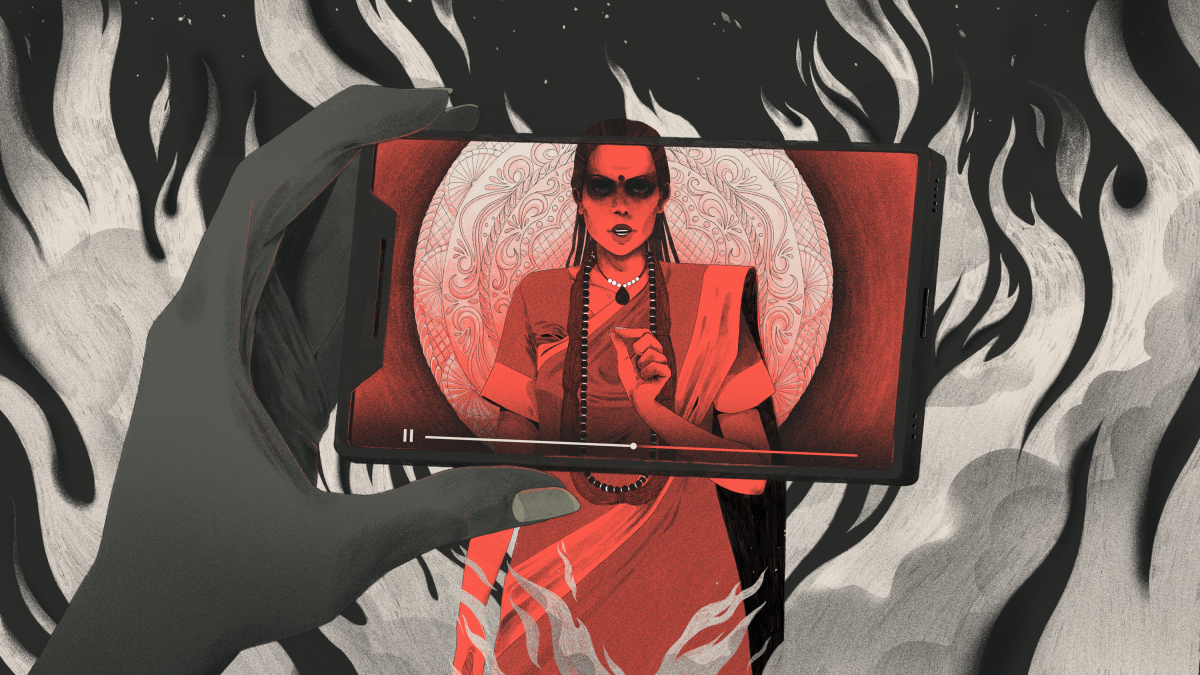 It was May 2015, and the Hotel Surya in Varanasi, India, was hosting “Inner Awakening,” the flagship spiritual training program of Paramahamsa […] 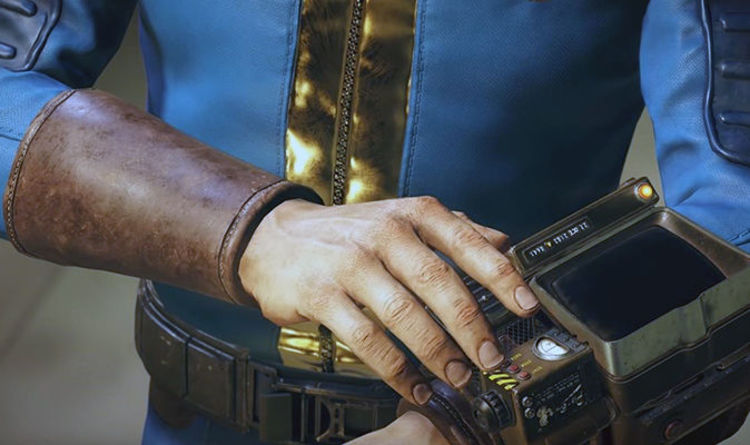 The Fallout 76 beta is about to make its debut on PS4 and PC. PS4, Xbox One and PC pre-order customers can […]