Fernando Alonso topped the table in both 2005 and 2006, and many expected the Spaniard to win more titles in the following seasons.

However, Alonso failed to continue his domination of the field and eventually left at the end of the 2018 campaign to pursue other racing avenues.

The 37-year-old has taken part in the FIA World Endurance Championship and the Indianapolis 500, but a return to F1 has never been ruled out.

James Allen, a former commentator for BBC and ITV, has given his take on Alonso’s possible return.

“If he had a car that he could compete with then I could see it,” Allen exclusively told Express Sport.

“He will still be able to compete, if you stuck him in a Mercedes or Ferrari now he could do well In the championship.

“Alonso is a great driver and he has different qualities to Hamilton, he is not as fast as Lewis but he is relentless over a race distance – unbelievable competitive and consistent.

“I can see him coming back if he was offered a chance in a competitive car but I think it’s probably unlikely.”

Ahead of the season-opening race in Melbourne, Alonso’s former team Ferrari have received praise for their new car.

Sebastian Vettel will be fronting their title challenge for a fifth consecutive season – and the German star has hit out at Mercedes.

“I don’t know if it was just us struggling a bit, but as a matter of fact they were in a league of their own.

“What was all that bulls*** about with them being out of shape and so on? I didn’t understand that to be honest. So it was a bit of a surprise.

“Maybe everyone else was struggling and then we can turn it around, but they looked very strong and much stronger than they claimed before the weekend.”

The 2019 season gets underway in Melbourne on Sunday.

Vettel is hunting his fifth world title this year, while Hamilton is hoping to add Championship No 6.

James Allen spoke to Express Sport in his role as President of Motorsport Network, the destination for millions of cars and racing fans.

Davis, who has been dubbed the next Floyd Mayweather, was stripped of his IBF junior lightweight title prior to his fight after […] 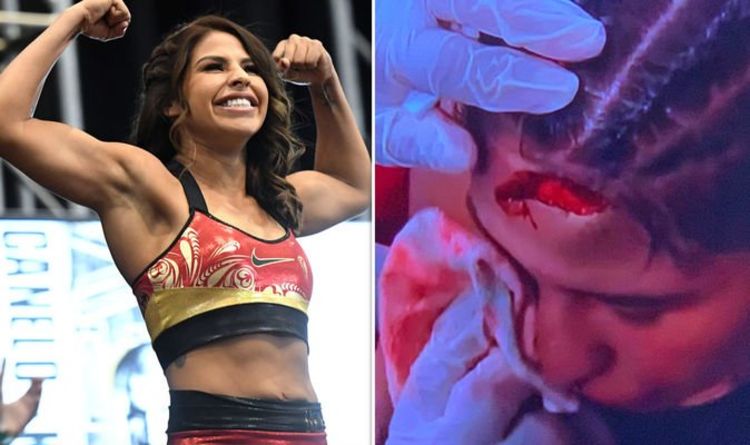 They came to Anfield expecting fire and light and red-shirted vengeance. They came scenting one of those hair-raising nights when the air […]