But it’s the fourth race on today’s schedule which fans from all over the planet are eagerly anticipating.

Paisley Park, Faugheen and Supasundae are the frontrunners 18-horse field for the Stayers’ Hurdle.

Express Sport is on hand with the results from each of the seven races on the card for Cheltenham Festival’s St Patrick’s Day.

WALK TO FREEDOM could be another winner for Ireland. He has come back well after a lengthy absence and was a good second in the Leopardstown qualifier, running on well behind Cuneo. Better off with the winner and can defy his big weight. First Assignment has no stamina issues and can go well. Unbeaten in two runs over the course.

MONALEE won his prep race in good style at Gowran Park and can go well for Rachael Blackmore, who should be full of confidence after riding her first Festival winner on the opening day. Un De Sceaux won this two years ago and was second last season. Won’t go down without a fight. Frodon and Bryony Frost have forged a remarkable partnership with recent form figures of 1-2-1-1. Admirably consistent.

PAISLEY PARK (nap) is a massive improver for Emma Lavelle judged on his two recent wins over West Approach. He beat the latter two lengths at level weights at Ascot in December and then slammed that same rival by 12l, giving 7lb, in the Cleeve Hurdle over trip and track in January. The one to beat. Supasundae was runner-up in this race 12 months ago and is performing to a consistently high level. Yet to run over this trip since that Festival effort. Faugheen is in the veteran stage of his career, but can still be brilliant on his day.

JANIKA (treble) has yet to score in two runs for Nicky Henderson, but finished second on both occasions. Won three times between 2m2f and 2m6f in France on heavy ground so further rain would aid his cause. Spiritofthegames was fifth in the County Hurdle here last year and has done well since being switched to fences. Creditable third here over this trip behind Kildisart in January. Definitely a player. Siruh Du Lac beat Janika a head over course and distance in January, but the latter is 4lb better off at the weights. Siruh Du Lac goes exceptionally well for today’s rider, who has won on him five times.

SINORIA has progressed with every outing and won a Listed race at Punchestown last month in the hands of Rachael Blackmore, who takes the ride again. Epatante has won both outings for Nicky Henderson since coming over from France. Very highly thought of by connections and has bags of scope. Wears a hood for the first time. Elusive Belle is also from the Henderson yard and, like Epatante, is in a first-time hood. Expensive purchase will be ridden by Sam Waley-Cohen for owner-father Robert. Looked promising when winning at Wincanton, but was undone by a steady pace when beaten at Sandown (started odds-on). Sure to get a good pace to run at today.

IT’S ALL GUESSWORK (nb) could be an aptly-named winner of this annual cavalry charge for amateur riders. Fell at the final fence when moving into third in the Munster National at Limerick. Would have been in the frame at least – and that would have been a good performance for a novice. Looks well treated. Any Second Now will be ridden by experienced amateur Derek O’Connor. Has reasonable chase form and is potentially much better than his nought-from-nine record over fences suggests.

11.33am GMT11:33 The teams The team news is in, and this is it: Tottenham Hotspur: Lloris, Sanchez, Alderweireld, Vertonghen, Trippier, Wanyama, Sissoko, […]

A not-too-exciting weekend in the Premier League with Leeds’ second half display against Aston Villa being the highlight. Patrick Bamford’s hat-trick means […] 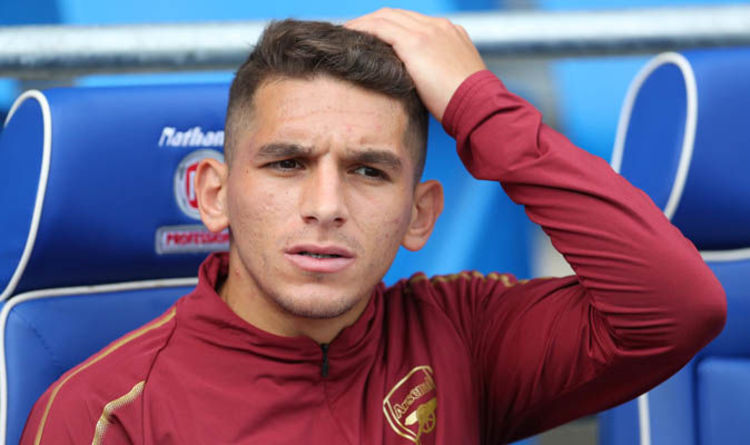 Arsenal signed Torreira from Sampdoria back in July after the player enjoyed an impressive World Cup campaign. So far, the Uruguay international […]