From the beginning, California Rep. Adam Schiff has been one of the most outspoken proponents of a theory of Trump-Russia collusion among critics of President Donald Trump. Now, as special counsel Robert Mueller appears close to wrapping up his investigation, many Democrats are pivoting away from a narrative alleging a broad conspiracy between the Trump campaign and Russia to fix the 2016 election – but not Congressman Schiff. Instead, the Democratic chairman of the House Intelligence Committee is doubling down.

Mr. Schiff’s concept of collusion does not rest on a narrow reading of the federal conspiracy statute. Instead, he says, he is focused on what he calls “the big picture” – a willingness by Trump associates to work with Russia to the detriment of US national interests.

“There is ample evidence of collusion in plain sight,” Mr. Schiff said Tuesday at a breakfast hosted by The Christian Science Monitor. “As the weeks have gone on, that evidence has continued to mount.” Mr. Schiff sat down with reporters to discuss what may happen next in the Trump investigations and how the Democrats will wield power in Congress in the run-up to the 2020 presidential election.

What follows is a sampling from the breakfast conversation.

On Mr. Schiff’s view of collusion:

Mr. Schiff says the case for collusion stems from several interconnected events. He cites Russians reaching out to a Trump foreign policy adviser in 2016 to say that Russia had damaging information about Hillary Clinton; a meeting at Trump Tower between a Russian lawyer and top members of the Trump campaign who attended after being told the Russian would provide dirt on Mrs. Clinton; reports that campaign chairman Paul Manafort provided ‘raw polling data’ to a former business associate in Ukraine with alleged links to Russian intelligence; and alleged contacts between Republican political operative Roger Stone and WikiLeaks, prior to the release of embarrassing emails hacked by Russia from Clinton campaign workers.

“What I find equally troubling was that the president was trying to profit from the Russians during the campaign,” Mr. Schiff told reporters. “Indeed, the Moscow Trump Tower project – which, according to the special counsel’s office, stood to make Donald Trump and his family hundreds of millions of dollars and would have been the most lucrative deal of [Trump’s] life – was concealed from
the public.”

The committee chairman says the issue isn’t just whether the president committed a crime. “Building a Trump Tower in Moscow may not be a crime, but if it is the possibility of making that money that is directing US foreign policy, criminal or not, that is deeply antagonistic to our national security,” he says.

On whether Mr. Mueller’s findings should be fully disclosed:

Mr. Schiff plans to push for full disclosure of the Mueller report and underlying evidence. The Intelligence Committee chairman said that his committee would fight hard for maximum release to Congress of evidence gathered by special counsel Robert Mueller and his team during the past two years. Members of Congress have been urging the public release of as much of Mr. Mueller’s final report as possible. But Mr. Schiff is turning up the heat in announcing his intention to seek broad access to investigative files and evidence compiled during the special counsel’s probe, including, apparently, grand jury materials. Justice Department regulations require grand jury secrecy. And the Justice Department frequently refuses to release information to Congress and the public that might undercut national security or hinder pending investigations.

Mr. Schiff told reporters that the Justice Department had made unprecedented disclosures of 880,000 documents during the past two years related to both the Hillary Clinton email investigation and certain aspects of the Trump-Russia investigation because the public interest demanded it. He said the same standard of disclosure should apply now that Democrats are wielding the oversight power.

“It will greatly facilitate our own investigation not to have to reinvent the wheel,” Mr. Schiff said. “Congress will have to recreate everything the Mueller investigation did, which will be enormously time consuming and, to some extent, not thoroughly possible.”

On concerns about Russian meddling in the 2020 election:

“I think we are enormously vulnerable in 2020,” Mr. Schiff said. The committee chairman raised concerns about the potential
for “deepfakes” – fake or altered documents, audio, and video clips that can do serious damage to a candidate before they can be debunked – particularly late in a campaign.

“If you alter the contents of a real email between two real people, you’ll be able to corroborate as truthful certain portions of that: Those two people exist. Those two people were in email communication,” Mr. Schiff said. “You can corroborate certain facts that are not forged in those two emails because they will resemble reality.”

“Had the Russians done that in the weeks leading up to the election, it would have been impossible to disprove,” he said. “The potential for mischief now is extreme – potential for mischief from domestic actors but also from foreign actors. And it’s really a technological race now to perfect deepfakes and to perfect the ability to detect deepfakes. But given how polarized our electorate is now, the ability to disprove a forgery is highly problematic.”

On whether President Donald Trump should be prosecuted if he isn’t reelected in 2020:

The guilty plea of former Trump lawyer Michael Cohen, in part for violating campaign finance law, “militates very strongly in favor of indicting the president when he is out of office,” Mr. Schiff said. “It certainly appears there’s no shortage of evidence.”

“It’s very difficult to make the argument that the person who was directed and was coordinated should go to jail, but the person who did the directing and did the coordinating should not,” he added.

On whether he agrees with House Speaker Nancy Pelosi that Democrats should avoid impeaching Mr. Trump without bipartisan support:

Speaker Pelosi is “absolutely right,” Mr. Schiff said. He did not rule out impeachment, but said the case against Mr. Trump would have to be “clear and compelling.” In the absence of such a case, he said, it becomes “a partisan exercise doomed to failure. And I see little to be gained by putting the country through that kind of wrenching experience.”

“The reality is that the Republican members of Congress, with very few exceptions, have been utterly unwilling to stand up to this president,” Mr. Schiff said. 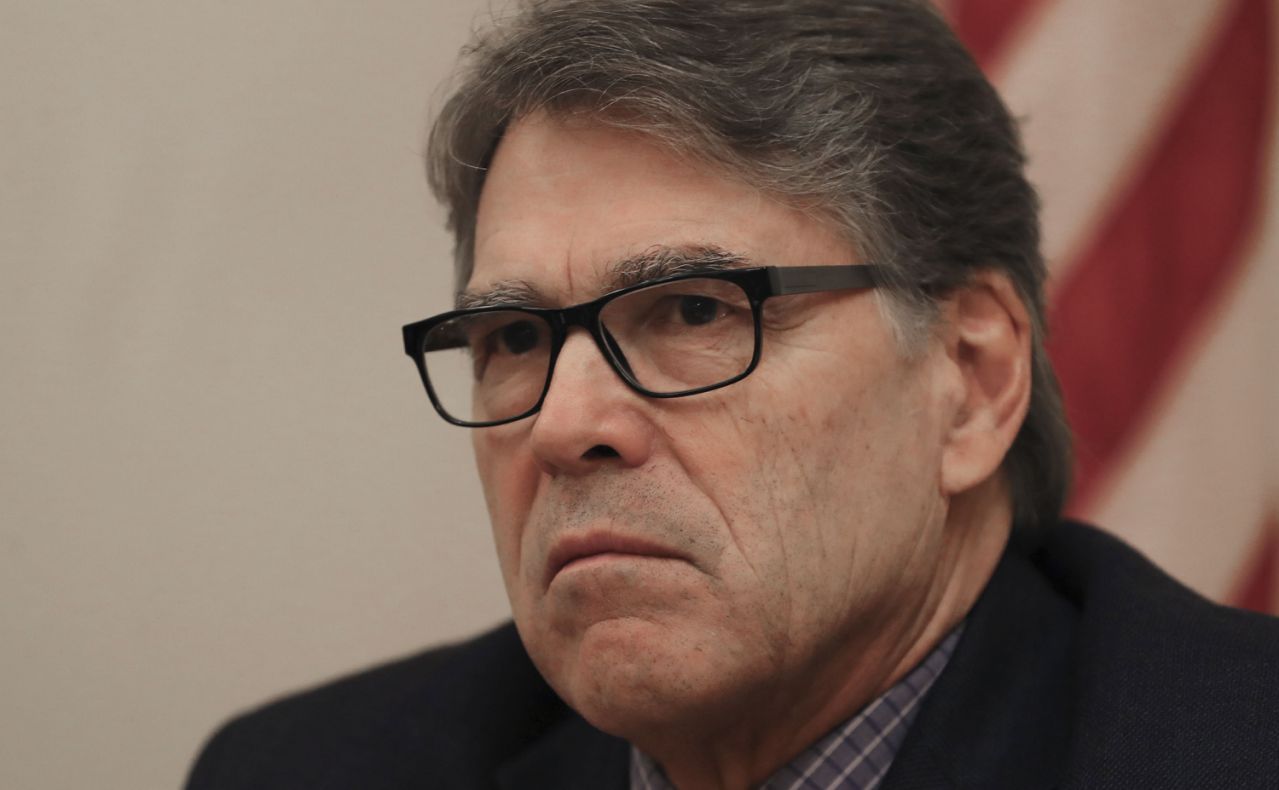 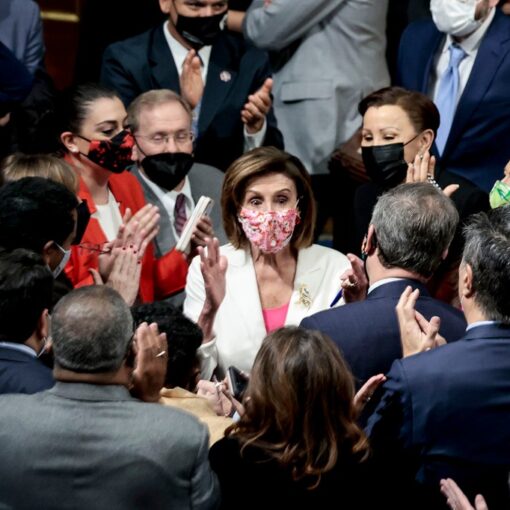 A jury convicted an Arizona man Thursday for threatening to murder Speaker Nancy Pelosi, federal officials announced. In a January voicemail to […] 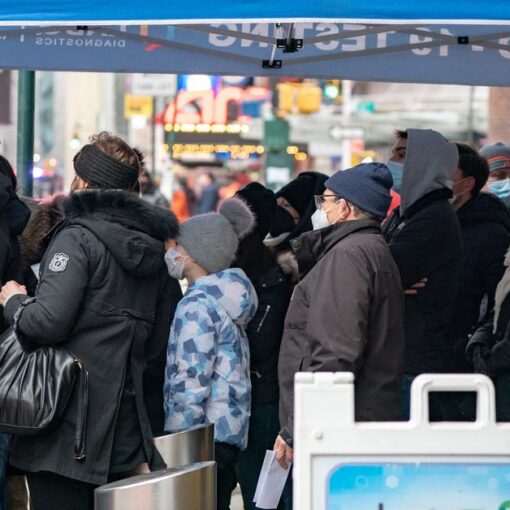 WASHINGTON, Dec 27 (Reuters) – President Joe Biden on Monday pledged to ease a shortage of COVID-19 tests as the Omicron variant […]