Big cockroaches live beneath Price Hall at Virginia Tech University. The stately, gray, five-story building, built of stone over a century ago, houses the school’s entomology department, whose faculty study the insects that flourish in our forests, farms, and, often, homes. Sometimes, these reddish-brown American cockroaches — the largest species of cockroach in the U.S. — will leave their underworld dwellings, crawl through the structure’s old pipes, and creep into Price Hall, said Dini Miller, an urban entomologist at the university.

“I’m kind of thrilled about it,” she added.

Miller has devoted her academic career to the flat-bodied, six-legged, and often abhorred pests, developing a keen understanding of why roaches have proven so resilient in our modern world, a world where many inspect species — but certainly not all — have been eviscerated by pesticides and the destruction of their habitats. Moths, dung beetles, wasps, bees, and dragonflies have all been given well-deserved PR recently from and an in The New York Times Magazine, foretelling environmental doom should we annihilate the foundation of the planet’s food web.

Acknowledging that many inspect species might continue to decline in the 21st century — a time when extinction rates are about 1,000 times that of natural, expected levels — I asked Miller if the stubborn, stalwart cockroach might really inherit the Earth if other species were to bite the dust. The answer isn’t simple, but in large part it comes down to the continued success of the human race: The seven or so cockroach species we call pests, the ones we view as indestructible, have learned to thrive in our human society. That means they will continue thriving, as long as we do.

“If it wasn’t for us they wouldn’t be flourishing,” said Tim Kring, the head of the Entomology Department at Virginia Tech. “But certain species have flourished because we’ve given them nice homes, food, and water.”

“So we’re with them forever,” said Miller, who paused and corrected herself.

“Let’s put it this way — they’re with us forever.”

Roaches traveled across oceans to infest the United States. The worst cockroach pest, however, isn’t the American cockroach, which likely boarded New World-bound ships from Africa in the 1600s. It’s the German cockroach, which may have came from either Europe or Africa. It’s a smaller brown roach under an inch in size.

Though German cockroaches are plentiful in the United States, there are no wild German roaches living outdoors in the nation. Instead, they’ve become domesticated critters. They all live with us.

“[German roaches] are the ones that have evolved to live with humans,” said Miller. “They have gone from the caves to our agricultural societies, to exploring the world on ships, to flying around on airplanes. They have just come with us the whole way.”

Unlike German cockroaches, larger roaches — like the American cockroach or the smoky brown cockroaches of the south — aren’t wholly dependent upon our warmth and food to survive, though they’re commonly discovered in large buildings, particularly in cities. Like the roaches peeking out in old Price Hall, these roaches flourish in modern human civilization. They don’t always need to live in the shadowy corners of our homes and restaurants, but instead reside in sewers and the outdoors. Though, bigger roaches have no problem coming inside when they get hungry, thirsty, or cold. “They can just move on in when times get tough,” said Miller.

And that’s when all roaches cause a stir, whether German, American, or something else. “People get freaked out by them,” said Santangelo.

Even though their swarming, brown bodies may provoke disgust, their dependence on us might be why they don’t carry disease. They need us to stay a healthy, vibrant, reproducing species, which makes them well-adapted to infest our cities.

“They don’t want to hurt our populations,” said Kring. “In a way, they’re farming us by not spreading disease to us,” he mused.

Still, we’ve certainly tried to annihilate them, using insecticides to unleash large-scale, nation-wide warfare against any roach that enters our homes.

But the roaches have resisted. “They defeat the countermeasures we deploy,” said Rick Santangelo, a cockroach control research specialist at North Carolina State University.

Our chemicals might knock out 99 out of 100 roaches, but the remaining one percent will prove resilient. Then, they’ll breed. “The more you’re exposed to something, the more tolerant you become to it,” said Santangelo. That’s not to say the resilient critters can’t be exterminated from your house. With the right strategically-placed poisons — like placing bait in hundreds of places around a kitchen — the roach dwellers can be expunged. But that’s just your house.

“You can get rid of them in a single structure, but we’re not gonna eradicate roaches,” said Santangelo.

Roaches, particularly the German ones, have another potent weapon: their genes. Over millions of years, German roaches unwittingly evolved an exceptional ability to resist poisons and malicious pathogens. In a 2018 study, researchers found that the German cockroaches had expanded specific parts of their genome responsible for “detoxification,” “defense against pathogens,” and other related functions, making the bugs well-suited to thrive in filthy, inhospitable places like sewers. Of note, American and German roaches have a genome that supplies their bodies with a rich arsenal of a protein called the P450, which neutralizes toxins and can respond to a wide variety of chemical threats.

“All this gives them an edge in an unsanitary environment,” said Erich Bornberg-Bauer, a professor of molecular evolution and genomeinformatics at the University of Münster.

“If they would also survive World War III is unproven and we’d prefer not to find out,” added Bornberg-Bauer, who coauthored the genetics roach study.

Until death do we part

Roaches and humans are in the long-haul together. They don’t seem to mind us, but why can’t we get along with our six-legged roommates?

“It’s the shame,” said Miller. “People have a lot of shame when it comes to having insects in their home.”

“They can’t damage you. They’re just obnoxious,” she added.

But the intimate roach-human relationship, while assured for near eternity, isn’t exactly harmless.

Though roaches may not carry lyme disease, like ticks, nor inject us with venom that produces ghastly lesions, like the brown recluse spider, their poop can become a serious problem during a dreaded infestation. “All of your plates, curtains, walls get covered in cockroach poop,” said Miller, noting that the problem is pervasive in poorer, inner-city environments but often unknown by other socio-economic demographics. The roach poop takes to the air and becomes an allergen, triggering wheezing, coughing, and asthma.

Most roach species, it should be noted, aren’t unsightly pests. Many are magnificently-colored bugs, unrecognizable as a dreaded roach. They’re like the trillions of other insects out there, existing in a world rife with habitat destruction, pesticides, and a globally-disrupted climate. Many bugs simply no longer have homes. “Where there was once a forest, there’s now a cornfield,” said Kring.

Although unease about insect declines can sometimes be misinterpreted or sensationalized, the unavoidable reality is that many insect populations have indeed experienced significant declines, but these plummeting numbers haven’t been observed everywhere. In some places, like protected European forests, biologists have observed an over 75 percent decline in flying insect species in under three decades. Meanwhile, scientists haven’t yet found dwindling numbers in other non-flying bug species. “I’m not saying it’s not happening, I just don’t see it in my own data,” Peter Dunn, a biologist at the University of Wisconsin-Milwaukee who has monitored flying insects for decades, noted in an interview.

The future of wild bugs, though, is in a significantly more uncertain state than the roaches that dwell with humankind, as our homes are often safe and rife with food. It’s a welcome place to be, especially if catastrophe does strike Earth’s wild insects, should a complete and terrible environmental failure come to pass.

“I think there will be cockroaches left,” mused Dunn. 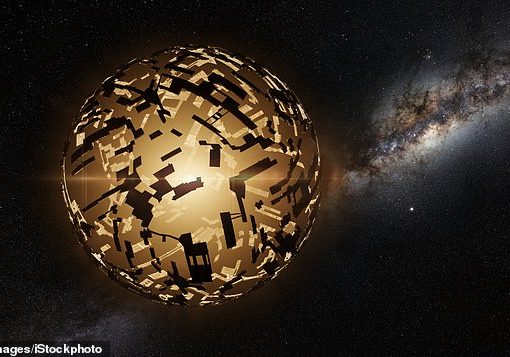 Experts have yet to find to extraterrestrial life, but one researcher from the University of Oxford suggests looking for hypothetical star-sized structures […] 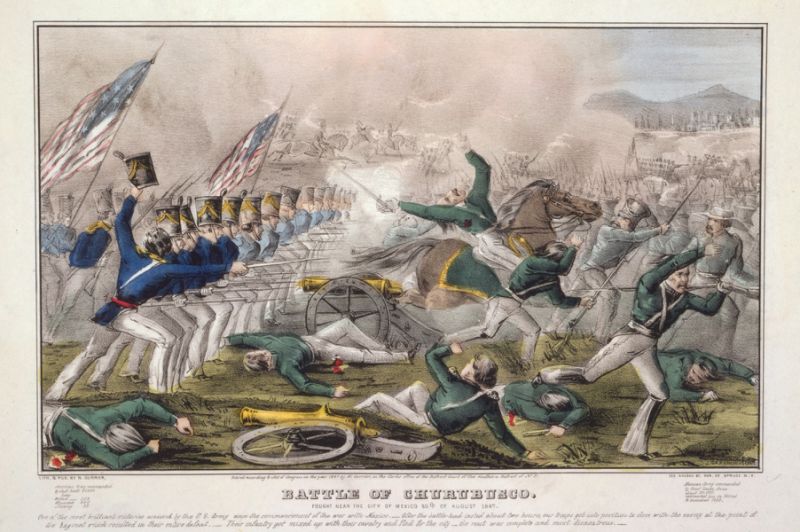 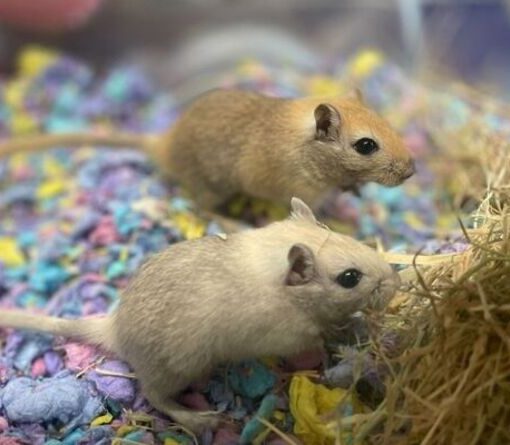 The unsuspecting owners bought two of the animals but were shocked when they soon began multiplying. After just six months there were […]