David Krejci scored early in overtime and also had an assist as the Boston Bruins rallied to extend their point streak to 17 games with a 4-3 win over the visiting Carolina Hurricanes on Tuesday night.

Krejci scored 1:46 into the extra session as the Bruins capped their comeback from a 2-0 deficit to improve to 13-0-4 since a 3-2 regulation loss to the New York Rangers on Jan 19. It’s the longest point streak in the NHL this season.

Boston took a 3-2 lead at 2:45 into the third when Patrice Bergeron one-timed a pass from Brad Marchand off a two-on-one break for a short-handed goal. Carolina, however, equalized with 7:43 left in regulation as Justin Williams delivered a blast from the right circle.

Sebastian Aho matched a career high with 29 goals after scoring two for Carolina, which had won five in a row and 13 of 16.

Steven Stamkos and Adam Erne each had a goal and an assist, Nikita Kucherov tied the team record for points in a season and Tampa Bay beat Winnipeg to extend its home winning streak to eight games.

Mathieu Joseph posted two assists, and Yanni Gourde, Cedric Paquette and Brayden Point found the net for the Lightning, who won for the 12th time in their past 13 games.

Kucherov’s two assists pushed him to 108 points, tying the franchise mark for a season with Vincent Lecavalier (2006-07). Andrei Vasilevskiy made 30 saves to win his 10th straight start.

Jordan Eberle and Mathew Barzal scored in the shootout as New York overcame the loss of goaltender Robin Lehner late in the third period and edged Ottawa at Uniondale, N.Y.

Thomas Greiss made two saves and was awarded the win after replacing Lehner, who exited with an undisclosed injury with 4:40 remaining. Brady Tkachuk barreled into Lehner after getting by Brock Nelson at the right side of the crease.

The victory was the 800th of Islanders coach Barry Trotz’s career. He’s the fourth coach to reach that mark.

Ryan Johansen scored the winner in the fourth round of the shootout as Nashville defeated visiting Minnesota to move into first place in the Central Division.

Craig Smith, Brian Boyle, Roman Josi and Victor Arvidsson scored in regulation for the Predators, who swept the home-and-home series after beating the Wild 3-2 in a shootout Sunday in Minnesota. Goaltender Pekka Rinne made 29 saves plus stopped all four Wild attempts in the shootout.

Minnesota’s Kevin Fiala scored twice in his return to Nashville after being dealt last week at the trading deadline. Pontus Aberg and Eric Fehr also scored for the Wild, which extended their points streak to a season-high seven games, and goalie Devan Dubnyk stopped 21 shots.

Cam Atkinson scored his career-high 36th goal in regulation and converted in a shootout as Columbus skated past New Jersey at Newark, N.J.

In the first round of the shootout, New Jersey’s Blake Coleman missed his attempt. Atkinson then skated wide before backhanding the puck past Cory Schneider (17 saves) and inside the left post.

After Blue Jackets goalie Sergei Bobrovsky (29 saves) poke-checked the puck away from Drew Stafford in the second round, Artemi Panarin beat Schneider between the pads to seal the win for a Columbus club that registered a season-low 18 shots on goal.

Jake Guentzel’s second goal of the game, at 2:44 of overtime, gave Pittsburgh a win over visiting Florida.

Guentzel took a pass from Sidney Crosby and outbattled Florida’s Michael Matheson at the blue line, drove down the slot and backhanded the puck past goaltender Roberto Luongo for his 33rd goal.

Crosby, who earlier in the game reached the 1,200-point level of his career, had a goal and two assists. Henrik Borgstrom and Vincent Trocheck scored for Florida.

John Klingberg scored a goal, and Ben Bishop made 28 saves for his fourth shutout of the season as Dallas outlasted visiting New York.

Klingberg lit the lamp for Dallas 1:16 into the second period when he collected a pass from fellow defenseman Miro Heiskanen and fired a wrist shot past New York rookie goaltender Alexandar Georgiev off the post and into the net.

Georgiev stopped 31 of the 32 shots he faced.

Nathan MacKinnon scored 2:29 into overtime, and Colorado rallied to beat Detroit in Denver.

Mikko Rantanen had a goal and two assists, Tyson Barrie had a goal and an assist and J.T. Compher also scored for the Avalanche. Colorado’s Semyon Varlamov stopped 20 shots.

Niklas Kronwall, Danny DeKeyser and Filip Zadina scored for the Red Wings, who have gone 0-5-3 over their last eight games. Jonathan Bernier had 30 saves.

Jakob Silfverberg had a goal and an assist for the second consecutive game, and Anaheim beat Arizona in Glendale, Ariz., to snap the Coyotes’ six-game winning streak.

Adam Henrique and Troy Terry also scored, and Ryan Miller made 22 saves for the Ducks.

Lawson Crouse scored, and Darcy Kuemper made 28 saves for the Coyotes, who fell three points back of the Minnesota Wild for the second wild card from the Western Conference. 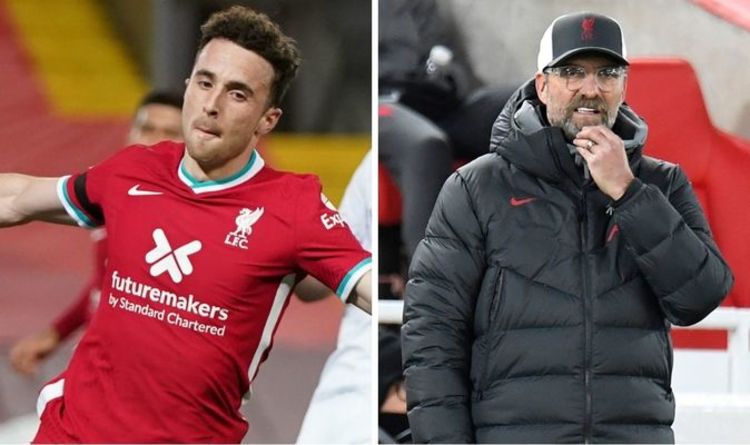 All three forwards are in the prime of their career, with Firmino one year older than both Salah and Mane at 29 […] 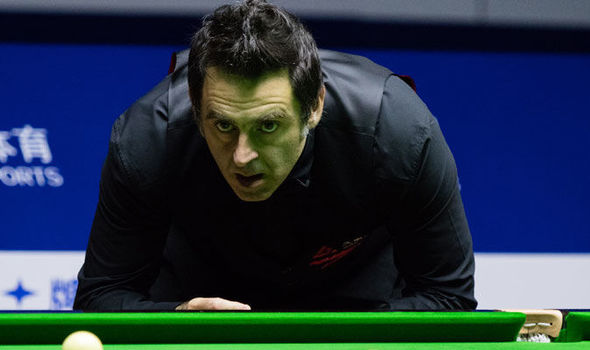 The Rocket fell to a shock defeat to Elliot Slessor in the Northern Ireland Open on Thursday. O’Sullivan went down 4-1 to […]