(Reuters Health) – People with chronic health problems like cancer and heart disease who suffer from depression may find their mood improve when they do aerobic exercise, a research review suggests.

Patients with long-term medical issues like diabetes, asthma, cancer and heart disease are two to three times more likely to develop depression than the general population, researchers note in the British Journal of Sports Medicine. When these patients do become depressed, their chronic illnesses often worsen and their risk of dying goes up.

For the current study, researchers examined data from 24 studies with a total of 4,111 patients living with a chronic illness and symptoms of depression. All of the smaller studies randomly assigned some patients to do aerobic exercise and others to comparison groups that just got usual medical care.

Patients who exercised at least two to three times a week were more likely to see a reduction in depression symptoms than people who didn’t do aerobic exercise at all, the study found. There was a more pronounced effect when people exercised four to five times a week, but this difference was too small to rule out the possibility that it was due to chance.

“One of the key messages that we see often around aerobic exercise is: something is better than nothing and more is better than less, said senior study author Dr. Simon Bacon of Concordia University in Montreal, Canada.

“To some degree our study reinforces this point,” Bacon said by email.

Most exercise guidelines recommend 150 to 250 minutes a week – and up to an hour a day – of moderate intensity aerobic exercise to prevent weight gain or to achieve modest weight loss.

Depression symptoms eased by a similar amount regardless of whether people in the exercise groups met activity guidelines of at least 150 minutes a week.

“This suggests that even short regular bouts of aerobic exercise may be enough to reduce depression,” Bacon said.

Exercise programs in the smaller studies lasted from 4 to 24 weeks, and half of them were at least 12 weeks long.

Half of the workout programs also involved at least three sessions a week.

Each workout lasted an average of 42 minutes, although sessions ranged from 20 to 80 minutes.

Some studies only included supervised workouts at gyms, while others started out with this approach and then transitioned patients to home workouts.

Even though these smaller studies were controlled experiments, the types of exercise programs and patients included were so varied that researchers couldn’t determine whether any specific workout program might be ideal for patients based on their specific medical issues.

Still, the results add to evidence suggesting that exercise can improve mental health and minimize the risk of developing psychiatric problems, said Dr. Adam Chekroud, a researcher at Yale University in New Haven, Connecticut, who wasn’t involved in the study.

“Overall, exercising for 30-60 minutes 3-4 times a week is generally a great target, but people do benefit from lighter exercise regimes that might be shorter in duration or lower in intensity,” Chekroud said by email.

“If folks are not able to exercise, walk, or swim, there are still lots of ways to help improve their mental health,” Chekroud added. “Options include talk therapy, where you speak to a counselor and learn ways of handling your thoughts, feelings, and emotions; or medications that can also help reduce symptoms.” 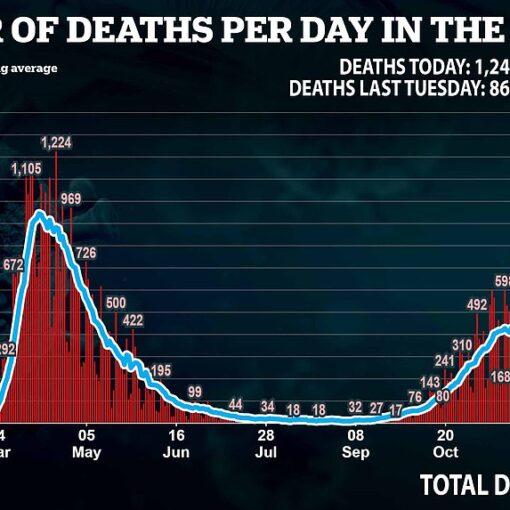 Black Friday crowds are thin at shopping malls and stores across the U.S. as a national surge in coronavirus cases moves shoppers […]