As every Tottenham fan knows, Mauricio Pochettino is magic and it seems the man himself knows it, too. But there are limits. “If Daniel Levy said to me: ‘Next season we need to win a title, we need to win the Champions League and we need to win the Premier League,’ then maybe you need to find another magic guy who can do this,” the Spurs manager said.

Soaring levels of expectation are Pochettino’s curse – an unwanted byproduct, perhaps, of the job he has done since taking over in 2014. Back then it was merely a dream for Spurs to trade punches with the Premier League’s heavyweights, to compete in the Champions League. Now it is a reality. And now people want more.

It is also Pochettino’s curse to live in the age of social media, where there is simply no middle ground between being a winner and loser, a hero or a zero. Right now the dial has swung against Pochettino and Spurs. A week ago they had been touted as title contenders. But after the damaging defeats at Burnley and Chelsea Pochettino says the big prize will be “nearly impossible”.

The external perception cuts deeper – down to the bone, as usual. Where there was possibility now there is peril. Rather abruptly Spurs enter Saturday’s showdown with Arsenal at Wembley in danger of losing their grip on a top-four finish. Arsenal, in fourth, are four points back but Manchester United and Chelsea, in fifth and sixth, are also too close for comfort.

It does not take a soothsayer to predict the reaction to another defeat. Then it would be crisis time for Spurs, before their Champions League last-16 second leg at Borussia Dortmund on Tuesday. Pochettino’s team take a 3-0 lead to Germany.

Pochettino shakes his head. For him this is no time to panic, no time to forget how and why Spurs have stepped up a level under him. Another test of his team’s mentality looms but realism and perspective are his watchwords.

“The feeling is a little bit weird,” Pochettino said. “Everyone before the start of the season would take the position we are in today. People are saying the gap is only four or five points. I think we’re living in different realities because with all the circumstances [problems], Tottenham deserve big praise to be where we are.

“You win one against Dortmund and you are the best, so strong; you lose after and you are so soft. We are in an era where it is easy to talk. You can read a lot of blogs and opinion and I don’t care about that. We are so strong. I can tell you I am so happy with the mentality of the team. If you win, you are the best. If you lose, you are the worst. You need to accept that.”

Pochettino was calm as he looked ahead to the meeting with Arsenal, fortified by his better-than-average record in north London derbies. He has three wins, two defeats and four draws in the league, plus a win and a loss in the League Cup. “How do I keep my balance? Because of my character, knowledge, emotion – because I am mature, I am an old man,” Pochettino said, with a chuckle. “Many reasons.”

But Pochettino was not calm after the Burnley defeat, when he blew his top at the referee, Mike Dean, to incur an improper conduct charge from the Football Association, which will be heard next week. He could be banned from the touchline for next Saturday’s trip to Southampton. And he felt the frustration on Tuesday when he said it could be 10 years before Spurs develop the winning mentality needed to become champions. That was the day before the defeat at Chelsea.

Pochettino has felt so near to the title at various points and, deep down, he believes it is an attainable goal. Hence the outpourings when it comes to feel so far away. But in public he prefers to highlight the broader picture, one in which the level of investment in his squad pales when compared with that of the other top six clubs and gives Spurs no right to be where they are.

He brought up Arsenal’s purchases of Alexandre Lacazette and Pierre-Emerick Aubameyang for more than £50m apiece while musing how “we are third and we didn’t invest in the last two transfer windows”.

Pochettino added: “We are not going to change the way we operate. We are going to be there, we are going to fight but you cannot put a gun to our heads and say: ‘We need to win’ – if we’re not fighting with the same tools as another team. I hear people say: ‘Pochettino is there for five years and didn’t win.’ Of course I didn’t win but, for me, what we are doing here is more than win a title.”

Pochettino claimed the cost of Spurs’ new stadium had gone up by “30 to 40%” because of Brexit and the decrease in the value of the pound. The problem with unchanging squad budgets and persistently asking for more time is that the patience of key personnel might snap. Top players could be tempted away – as Arsenal found during their Emirates Stadium austerity years. So could Pochettino, who retains his admirers at Real Madrid and Manchester United.

“I think you know very well the ambition of the players has changed,” Pochettino said. “Your ambition changes every season. Soon it’s not the same as when you arrived. Maybe it’s different from when Son [Heung-min] arrived. Harry Kane is another. Football is so dynamic. You need to assess and judge every day.” 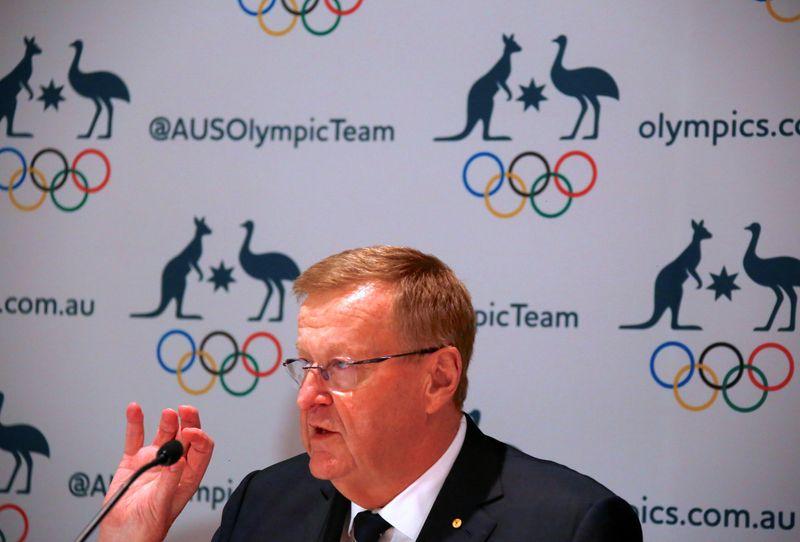 MELBOURNE (Reuters) – If bickering over funding was an Olympic sport, Australia would be in line for a gold that might help […]

Manchester City vs Leeds LIVE: Raheem Sterling fires straight at the keeper after Patrick Bamford fails to get on the end of […]