As tax season starts its engines, politicians are pitching tax proposals that put the ultra-wealthy in their crosshairs.

The proposals, which are seen as part cry against income inequality and part revenue stream, were pitched by Sens. Elizabeth Warren, D-Mass., and Bernie Sanders, I-Vt., and Rep. Alexandria Ocasio-Cortez, D-N.Y. The proposals would have Amazon CEO Jeff Bezos writing a check to the IRS with nine zeros in it. That’s nine times as many zeros as Amazon’s 2018 corporate income tax payment.

Eight years after the anti-Wall Street Occupy movement brought the “99 percent” into the national conversation, and with it a focus on the wealthiest 1 percent, these proposals take aim at the 0.1 percent of American households. These, the ultra-wealthy, are the ones who would pay the wealth tax.

But what exactly is a wealth tax? How is it different from the taxes most Americans already pay? And why are Democrats in Congress pushing for one so vocally?

To answer these questions, it helps to understand how wide the gap between the rich and the middle class actually is, along with the fundamental difference in the way the two sides make money.

This chasm is part of what economists say is a larger problem of income inequality: The accelerated earning power of the wealthy lets them accumulate more money, and leaves the working class increasingly reliant on their jobs and credit cards.

According to a 2017 study by the National Bureau of Economic Research, the top 1 percent of Americans held 90 percent of the wealth in this country. The same study showed that from 1983 to 2016, the net worth of the highest earners soared, while those of the lowest earners actually fell.

And while income inequality by itself isn’t necessarily harmful, experts say the extreme concentration of wealth in the hands of a few is bad for the economy.

“Established wealth tends to deploy its power to prevent new competitors from emerging and tilt the playing field in its favor,” University of California, Berkeley, economics professor Gabriel Zucman told NBC News via email. “This prevents new businesses from succeeding, reduces growth, and fuels a feeling of injustice.”

This is what proponents of a wealth tax say they want to address.

Almost all working households pay a tax on salary and other income. But experts say that salaries and income make up a fraction of the wealth of the rich. Instead, the rich have their money in assets such as stock portfolios, car collections, stakes in businesses and large savings accounts.

Those assets are taxed differently than income, but the general effect is that someone with many assets pays less of their total net worth in taxes than someone whose primary source of wealth is their job. Warren Buffett, the world’s third-richest man, has repeatedly pointed out that he pays a lower tax rate on the money he makes each year than his employees.

Wealth tax advocates say that taxing assets and not just income would provide additional revenue for the government while also lowering the wealth inequality gap.

How the tax plans break down

Two front-runners for the 2020 Democratic presidential nomination, Sens. Warren and Sanders, have revealed plans to tax the assets of the extremely wealthy.

Warren called for an annual tax of 2 percent on households with more than $50 million in assets, with households worth $1 billion or more paying 3 percent.

Sanders introduced legislation in January that would increase the marginal estate tax up 77 percent for households worth more than $1 billion. A previous Sanders proposal, introduced as part of his “Medicare for all” push in 2017, called for a 1 percent tax on households worth more than $21 million and a 45 percent estate tax on those worth $3.5 million to $10 million.

A third plan, floated by Ocasio-Cortez, would not tax assets. Instead, it would raise the top marginal tax rate for those earning more than $10 million to 70 percent.

A Warren aide said that the figures in her plan are in keeping with rates other countries have historically applied to their wealthiest citizens. Sanders’ and Warren’s offices say their plans would affect 75,000 to 160,000 of the 127 million households in the country.

Is a wealth tax doable?

Among reactions to the wealth tax proposals, a progressive pollster found strong support for a wealth tax. Some economists have noted that the government would face challenges in levying such a tax.

J. Richard Harvey, a professor in the tax program at Villanova University’s law school, said that the government might have difficulty determining an asset’s value. He said investments in businesses that aren’t publicly traded are hard to value.

Some wealthy people might avoid the tax. Texas A&M tax professor John R. Robinson said, “Many of the wealthy view taxes largely as a game in which they don’t want to be viewed as the loser.”

“I don’t think a tax on wealth is going to be easy to ignore, and unless noncompliance is really costly, I’d bet you’ll see wealth flee or hide.”

Warren’s plan includes anti-avoidance measures, including an increase in the audit rate for the super-wealthy, and a 40 percent exit tax for those giving up their citizenship.

A wealth tax faces steep odds toward becoming law, especially if Republicans retain control of the Senate in 2020. Democratic strategist Basil Smikle says that there is still value in talking about wealth taxes.

“Even if there is a reluctance in Washington to get the proposals done, just the conversation will encourage states to take a harder look,” Smikle said. “Consider back in 2016, Bernie Sanders was talking about ‘Medicare for all’ and affordable college. You have states right now that are finding ways to implement those programs.”

What the wealthy already pay

Paul Graham, co-founder of the tech incubator Y Combinator, argued in January that a wealth tax might scare away Silicon Valley entrepreneurs, tweeting that “if income taxes are high enough, startups stop happening.”

Nicole Kaeding, director of federal projects at the pro-business Tax Foundation, argued that the wealthy already pay a disproportionate amount of income tax.

Some wealthy think that they should be taxed more, and they’re organizing. They’ve formed a nonprofit 501c(4) organization called The Patriotic Millionaires, whose website lists more than 100 public members, to advocate for higher taxes on higher net-worth individuals.

They have different reasons but they agree — please, tax me more.

“The tax rate on investment income is lower than the tax rate on labor,” said Eric Schoenberg, a millionaire from New Jersey, and chairman of CampusWorks, a higher-education consulting firm. “The idea that what a venture capitalist does is more valuable than what a fireman, teacher or nurse does, I reject that idea.”

“A few million goes a long way. The fact that billionaires want to have a perpetual moneyed royalty, money that goes on forever, that’s not the kind of principle the country was founded on,” said Richard Boberg, an entrepreneur who sold several successful startups.

One of the problems, according to Morris Pearl, a former executive at hedge fund giant BlackRock and chairman of the Patriotic Millionaires, is that lopsided taxation exacerbates the yawning income inequality. And even if you only believe in self-interest, the wealthiest won’t be able to build new businesses if there’s no one who can afford to buy what they make.

“People with very low income spend all their money. All that money goes to help businesses, restaurants, bars, iPhone stores. For very rich people, if you change my income by $1,000, that’s not going to change anything,” Pearl said.

Philanthropist Abigail Disney, a grandniece of Walt Disney, said that only thanks to the protections and laws of government do we even have a functioning marketplace that allowed citizens to exercise their hard work and ingenuity (or benefit from their family’s abilities) in order to generate income. It’s only fair to pay their fair share back into it, she says.

Some millionaires worry about the consequences.

“There will be increasing violence and wealthy people living in smaller, well-defended, enclaves,” she said — a scenario that looks like something out of the 1980s post-apocalyptic sci-fi movie, “Escape From New York.”

Not all rich people agree.

Most of the rich people NBC News attempted to contact directly didn’t respond or declined to comment. But billionaire and conservative cause funder Charles Koch told Salon in 2011 in response to a similar query: “Much of what the government spends money on does more harm than good; this is particularly true over the past several years with the massive uncontrolled increase in government spending. I believe my business and nonprofit investments are much more beneficial to societal well-being than sending more money to Washington.”

Beside questions of fairness and burden, there is the question of whether democracy is strengthened or weakened by vast income inequality. “It’s a self-reaffirming cycle. With money comes power, power is used to protect itself,” Schoenberg said.

That can mean bad news for the civil liberties that have traditionally been a check on power, such as speech. Last month, Supreme Court Justice Clarence Thomas issued a solo opinion calling for re-evaluating libel law in a way that could make it easier for public figures to win libel cases, which could stifle the press’ ability to hold the powerful to account.

The Patriotic Millionaires reject the notion that if the wealthy are taxed more, they will be discouraged from investing or leave the country. “I want my children to grow up in a country where I grew up. Where a kid, not even in the middle of nowhere, on the outskirts of nowhere, can have a great career and live in Manhattan,” Pearl said.

He’s concerned for the health of the American Dream and the chance at the opportunity it gave to people like him. “I’m afraid we’re losing that,” he said.

Nigel Chiwaya is a data reporter for NBC News. 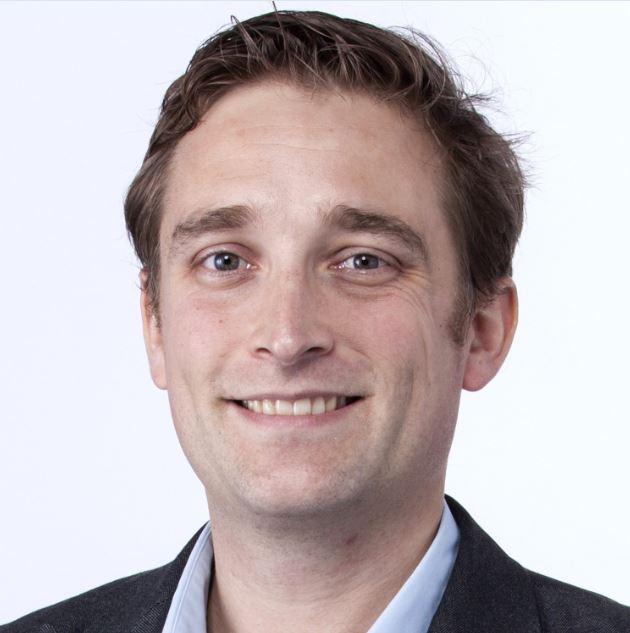 Jeremia Kimelman is an interactive graphics developer for NBC News.

Spanish police have sealed off 1,300 of the 2,315 schools in the region earmarked as polling stations and occupied the Catalan government’s […] 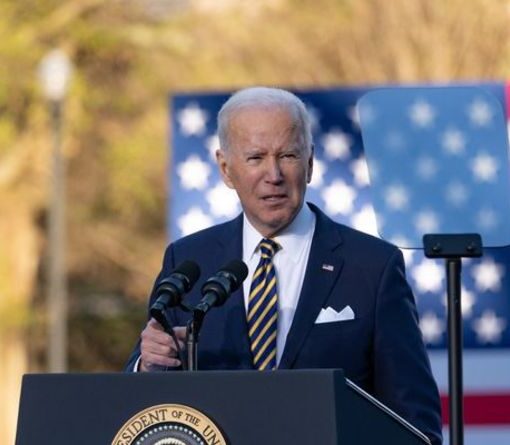 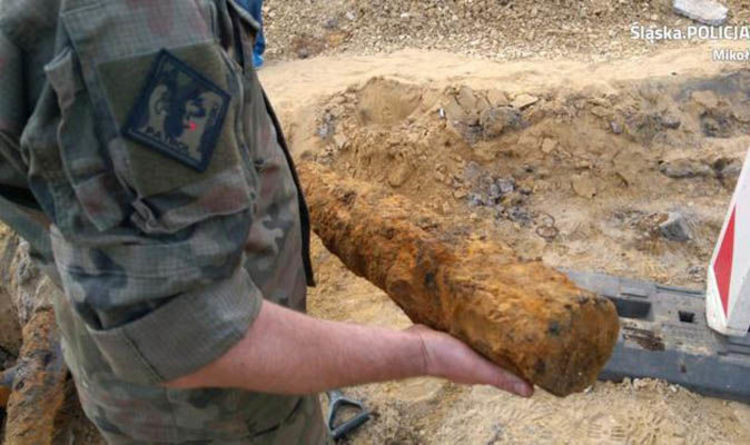 According to reports, over 2,000 World War II weapons and other items have been excavated. Military spokesman Tomasz Znojkiewicz said: “We are […] 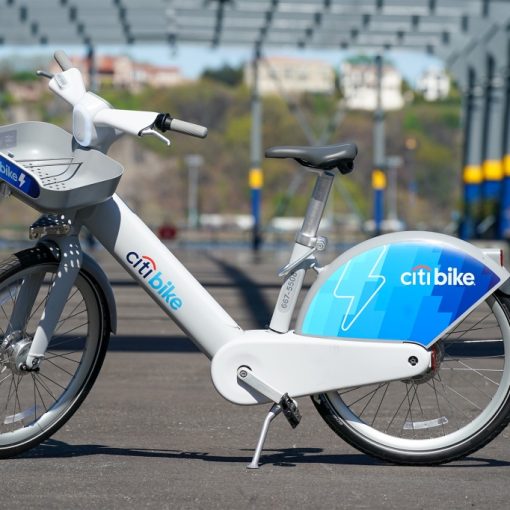 Citi Bike’s electric-powered bicycle fleet is getting a boost of 1,400 “sleek” new e-bikes with fancy LED screens and double the battery […]