After two successful generations, the plucky Kia Soul has outlasted all of its original competitors, from the Scion xB to the Honda Element, Nissan’s Cube and more. The boxy hatchback’s balance of sharp style, competitive features and great value made it a fast favorite, but it’s Kia’s knack for improving the Soul without changing what we love about it that has allowed this challenger to weather the years better than the more established competition.

Now in it third generation, the upstart has become the incumbent, and the redesigned 2020 Kia Soul faces a new generation of small crossover contenders. As before, Kia wants to stick closely to the formula that’s served well for a decade, keeping basically the same funky Soul style, but modernized with more features and technologies.

I’m happy to see the Soul almost completely avoids generational bloat — a partial cause for the undoing of Scion’s xB. This new model’s height and width are basically unchanged, while the length only stretches by 2.2 inches — 1.2 inches of which are in the wheelbase. This means the new Soul is just as compact as last year’s model and just as easy to manage in cramped urban quarters and small parking spots.

However, that also means that headroom and legroom are basically unchanged. That’s fine by me; I’ve always found the boxy subcompact surprisingly generous when it comes to cabin space.

The area where this new Soul grows the most is in cargo capacity. The extra length stretches the area behind the rear hatch to 24.2 cubic feet, a 29-percent improvement over last year’s 18.8 cubic feet. With its larger and lower liftgate aperture, the 2020 Soul can be loaded and unloaded more easily, to boot.

We’ve yet to test the new 2020 Soul EV, but my gut tells me that the 243-mile fully electric model will end up being my favorite variant of this third generation, but we won’t know for sure until it launches this summer. Stay tuned.

Since the Soul has always sort of straddled the line between hatchback and crossover, Kia gives the 2020 model an X-Line trim level to help it appeal to the more SUV-oriented set. This package adds body cladding, silver trim, fog lights and unique 18-inch wheels for a more “rugged” appearance.

Like most 2020 Soul models, the X-Line is powered by Kia’s new “Nu” 2.0-liter four-cylinder engine, which makes 147 horsepower and 132 pound-feet of torque, and is mated to the automaker’s Intelligent Variable Transmission, or IVT. This is essentially Kia-speak for a continuously variable transmission (CVT) that uses virtual gear ratios during acceleration for a more natural feeling. As CVTs go, this one is actually pretty good.

Off the line, the engine speed rises and falls like a conventional gearbox, but then quiets down into continuously variable operation when cruising. The result is the efficiency benefit of a CVT without the weird rubber-banding when you need some get-up-and-go. A Sport mode somewhat improves responsiveness by holding gears at higher revs, but with only modest onboard power, the 2.0-liter Soul tends towards a more relaxed driving style.

The IVT-equipped Soul returns an estimated 27 miles per gallon city, 33 mpg highway and 30 mpg combined — a small-but-meaningful gain of 3 combined mpg over last year’s 2.0-liter model. The 2020 Soul is also available with a six-speed manual gearbox, but only on the most basic LX trim level, and it’ll cost you about 2 to 3 mpg across the board.

In the the handling department, the Soul feels fairly light on its toes with a responsive steering and a comfortable suspension tune that is soft, but never sloppy. It’s not the most engaging ride, but I’m mostly okay with the laid-back feel. There’s a fair amount of noise at highway speeds, which was easily overcome by the stereo. And while the Soul always feels stable, the boxy crossover seems sensitive to strong crosswinds, requiring a bit of extra attention at highway speeds during a blustery morning drive.

GT-Line models sharpen the 2020 Soul’s design with red and black accents, 18-inch wheels shod with P235mm/45 R18 tires and more aggressive fascias at both ends. Inside, the red-and-black scheme continues with contrast stitching on the seats and the GT-Line’s unique D-shaped steering wheel, which looks cool but still feels a bit thin-rimmed to be considered truly sporty or engaging.

Unlike the X-Line, the GT-Line isn’t just an appearance package, bringing performance upgrades that include a firmer suspension, larger brakes and an available 1.6-liter turbocharged four-cylinder engine. Forced induction bumps the Soul GT-Line’s output to 201 horsepower and 195 pound-feet of torque, which is sent to the front wheels via a seven-speed dual-clutch transmission.

The GT-Line’s extra torque is apparent on the road, but not overwhelmingly so. It’s sporty and actually pretty fun to drive, but only if you don’t expect “sports car” levels of performance from this budget-friendly box. On the road, the GT-Line is launches more confidently and is noticeably more engaging at speed than the base-engine model. Steering wheel-mounted paddle shifters are nice to use, and the Sport drive mode sharpens up the throttle response for more accessible power while exiting corners.

At moderate speeds on public roads, the GT-Line’s suspension feels slightly firmer and just a bit more responsive to directional changes than the X-Line. Despite its stiffer tuning, there isn’t much more road noise or harshness over bumps, so I’m giving the handling a tentative thumbs up until I can test it at higher speeds on better roads.

Base Souls come with a 7-inch touchscreen and not many optional features. But even this least-fancy setup features decent software and a full complement of digital media sources, including USB and Bluetooth connectivity and satellite radio tuning. Standard Android Auto and Apple CarPlay should fill in any feature gaps nicely, brining web-connected navigation, messaging and audio streaming to the mix.

By contrast, loaded models like the GT-Line come with heated seats and steering wheel (which I was grateful for during my surprisingly chilly drive), dual-zone automatic climate control, a moonroof, optional Qi wireless smartphone charging and 640-watts of bumpin’ Harman Kardon audio. Rising from the top of the instrument cluster is an optional head-up display (HUD). I’m not a fan of pop-up-style HUDs — I much prefer projecting the info directly onto the windshield — and find this one a bit too small and low in my field of view to be of much benefit.

The most visually dramatic tech upgrade is the massive 10.3-inch, widescreen infotainment system with navigation. Powered by the same software found in the K900 luxury sedan, the Soul’s split-screen interface is easy to understand and simply organized.

Improving on a winning formula

For all that’s new and improved with the third-generation Kia Soul, it’s remarkable how much of the of the familiar feeling is kept intact. This feels like the same Soul as before, but with more content, features and options. The size, style and performance stick closely to the formula established in 2009 — a very good thing considering how much I’ve enjoyed the previous two generations. This new model will compete well with vehicles like the Honda HR-V and Nissan Kicks when it arrives in dealerships in the coming weeks.

The 2020 Kia Soul starts at $18,485 (including a $995 destination charge) for the base LX model with the six-speed manual transmission and tops out at $28,485 for the top-trim GT-Line with the 1.6-liter turbo. Across the board, the Soul is about $500 to $1,000 more expensive than last year, but considering how much more you’re getting — especially at the higher trim levels — I’d say it’s a worth the extra dough. 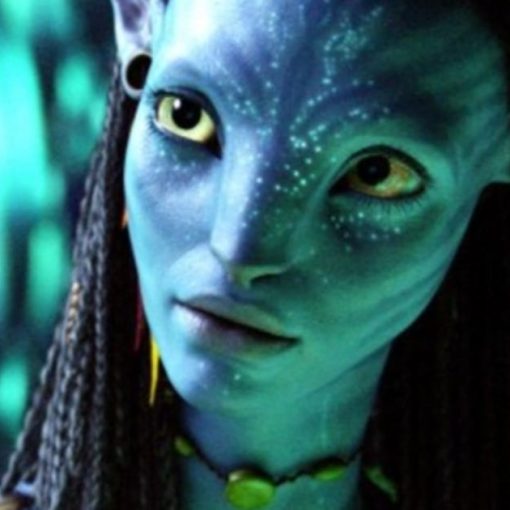 Sci-fi epic Avatar premiered on Dec. 10, 2009, and immediately shattered box office records to became the highest-grossing film of all time […] 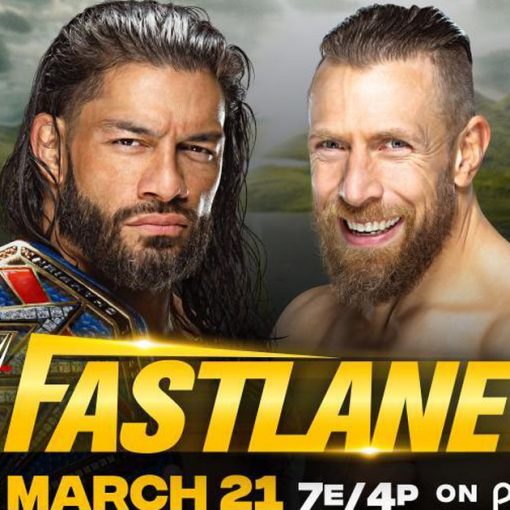 WWE After seven years of WWE Network, Sunday’s Fastlane is the last pay-per-view that’ll broadcast from WWE’s streaming service in the US. […] 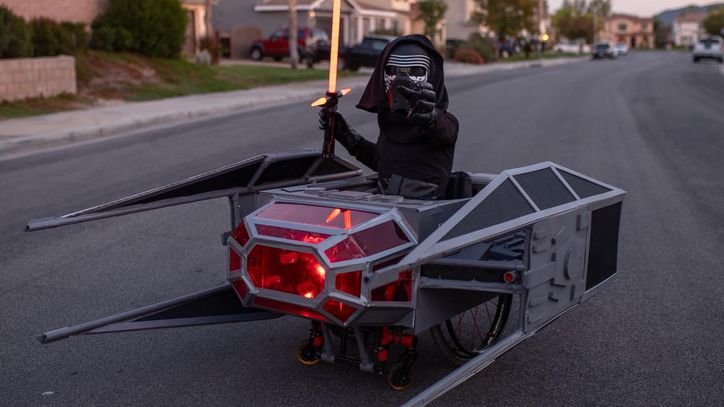 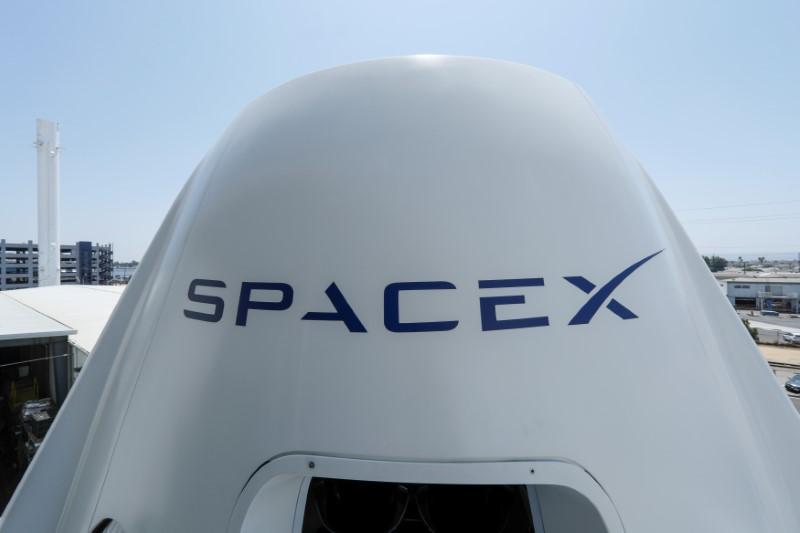 ORLANDO, Fla. (Reuters) – The first flight of a SpaceX rocket tailored to fly astronauts to the International Space Station is set […]