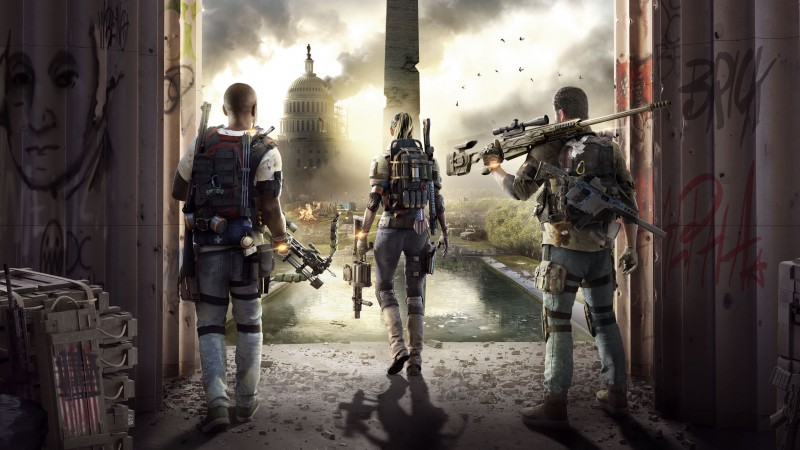 Ubisoft has announced details on how clans will work in the Division 2, and while the feature looks to be mostly on par with clan offerings in other games, there are some neat perks that come with maintaining these communities.

Clans are capped at 50 members, though Ubisoft specifies that means 50 accounts, and not characters. Players are free to link up to four characters with their account to earn clan bonuses. Members will be able to leave messages on the clan feed, leaders to pin messages, and coordinate events. There will also be clan voice channels allowing for up to 25 members to chat with each other separate from team chat.

Players won’t be able to join a clan from the get-go, but will unlock the feature “early as a part The Division 2’s story progression,” Ubisoft notes. If you’re not planning to create one featuring your friends and regular allies, you can search out clans based on certain requirements, including what types of activities you want to focus on, active time frames, general attitude (are you highly competitive, or just looking to relax?), language, region, and whether you’d like everyone to have a microphone.

There are also a few tiers of membership for each clan, starting at recruit (no admin functions). As your clan leader recruits, they can become agents (able to invite members), lieutenants (reviews new recruit applications, promote members, and moderate the clan feed), and Commander (can do anything with the clan).

There are also collective clan goes, similar to Destiny 2’s weekly clan XP feature. Clans can level from 1 to 30, unlocking new features and increasing the quality of items you can obtain along the way. They do this by completing weekly clan tasks and unlocking clan caches. Finally, clans will have their own headquarters, where they’ll find a clan vendor and cosmetic items for sale, once they level up their clan enough.

For more on The Division 2, check out the game’s endgame trailer, as well as some of our biggest takeaways from roaming around its open world.

Check out the excellent trailer for Industria, a surreal Cold War shooter

Now That Valorant Is Gone, What Are You Playing?

Sunday Comics: Are You Okay?

The first Minecraft Dungeons DLC is Jungle Awakens, due July

Those Who Remain Review : Seasoned Gaming