PORTSMOUTH, N.H. — A full year before voters here begin the process of winnowing down the Democratic presidential field, they are already eagerly taking stock of the hopefuls flooding into the first-in-the-nation state. But while the interest is high, the activists showing up to see these candidates first-hand are mostly just window-shopping right now — and they say it could be some time before settling on one to buy into.

The crowds were large for the six declared or potential candidates who made their way through New Hampshire over the recent President’s Day weekend. Several hundred came to hear both New York Sen. Kirsten Gillibrand and Hawaii Rep. Tulsi Gabbard in Keene. Well over a thousand were packed inside and outside a church in Portsmouth for California Sen. Kamala Harris and 350 crowded into a house in Manchester for New Jersey Sen. Cory Booker.

“At first it was kind of slow, then all of a sudden in the last three weeks we’ve been bombarded,” said Jennifer Stitt, who works on Bedford Democrats’ Emerging Leaders Committee and is involved with inviting potential candidates to the area. “We had to make a decision that we really couldn’t handle more than two house parties a weekend because it was just so much.”

The pace may already be at a frenzy but any consensus on which candidate might be best positioned to unseat President Trump remains nonexistent in the Granite State.

In a survey of several dozen voters, nearly all said they had numerous potential candidates they wanted to hear from and are nowhere close to narrowing down their lists. Though first impressions are being made, many indicated they might make a last-minute decision.

“I’m looking for a collaborator,” said Sue Veal, who attended a house party for Booker in Rochester. “I think we have a crisis of rage in the country, and I think somebody like Cory, who knows how to form coalitions and truly work on both sides of the aisle is what we need. I look less at their position on specific issues than I do of their leadership style.”

But like the rest of her neighbors, her list is long. She also wants to check out Harris as well as potential candidates like Ohio Sen. Sherrod Brown, Washington Gov. Jay Inslee, and former Vice President Joe Biden. She supported Vermont Sen. Bernie Sanders in 2016 and was glad to have him join the race. Her goal is to “see all of them multiple times, hopefully,” she said. “We hold their feet to the fire.”

Tim Durkin of Rye has seen both Booker and Harris but is nowhere close to committing to anyone. “At the end of the day it’s electability, and who can appeal to the broadest group of voters,” he said. “The Democrats have to be a little pragmatic and a little sensible here.”

Some Democratic observers say they were waiting for others to jump into the race, like Biden or former Texas Rep. Beto O’Rourke or former New York City Mayor Michael Bloomberg. “Draft Beto” events have been held in the state. Bloomberg has appeared at the local “Politics & Eggs” series and privately met with a number of the area’s prominent Democrats. Biden leads the state’s most recent poll.

Sanders’ recent official announcement has created a conundrum for many of his former New Hampshire supporters, like Peggie Greenough of Jaffrey, who vigorously supported Sanders in 2016 but also adores Gabbard, who she saw last weekend. “A lot of her platform is Bernie, so they’re pretty much identical to me at this point” she said. Choosing between them will “be way too difficult.”

A fresh (and civil) start

Activists across New Hampshire are candid in acknowledging the ways the state’s Democratic party was divided between Sanders and Hillary Clinton over the course of the last campaign, when the neighboring senator crushed the eventual nominee in the 2016 primary. And they concede that some those tensions have held over to today.

This year, many Democrats here are making a concerted effort to get this primary season off to a peaceful and respectful start.

Carl DeMatteo, the chairman of the Cheshire County Democrats, gives a speech at the start of his events that calls for decorum.

“The theme I think that’s really important for us this year, if we are going to rid ourselves of the blight of this presidency, is civility,” he told the crowd at the start of Gillibrand’s stop in Keene. “We need to treat each other with civility throughout the campaign and come out of this together,” he said. “Please keep that in mind, we have to come together after this. That’s really important.”

Former Portsmouth Mayor Steve Marchand, who unsuccessfully ran for governor last year, noted during the last presidential primary that progressives were voting “as much to demonstrate their dislike of the other Democrat as they were to express their support for their chosen candidate. It was a binary choice.”

“But this one, there is joy,” he added. “If somebody gets negative about another candidate, pretty quickly somebody will be like, ‘let’s keep it positive folks.’ It’s a positive peer pressure thing like I’ve never even heard before.”

Rockingham County Democratic Party Chair Larry Drake has reminded Democrats that they’ll eventually have to come together around one nominee.

“What I’m preaching as the county chair is ‘we need to unite behind that candidate and elect them, so be careful what you say because you may be supporting that person later on,’” he said. “Those kind of rivalries I saw in ‘08 and I saw in ’16. Maybe this time around with so many candidates it might diffuse that.”

“I think the better angels of people’s natures tell them that,” he added. “We’ll see how long it lasts.”

Other Democrats are clear that a desire to remove the president from office will remain the predominant focus of the New Hampshire primary.

As veteran Democratic activist Judy Reardon said, “the number one consideration for Democrats here is who can beat Donald Trump.” The “babes in the wood” killer Russell Bishop, who murdered two schoolgirls in Brighton in 1986, has died in hospital, the prison […] 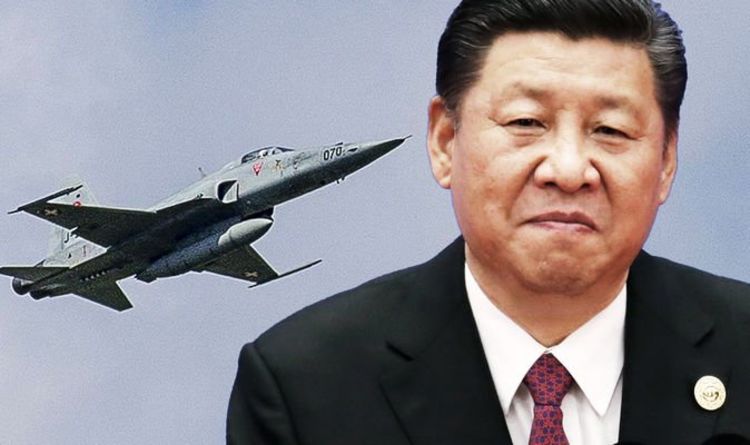 Derek Grossman, a defence analyst with the RAND corporation, was speaking after the pilot of an ageing F-5 fighter jet was killed […] Gunmen are being hunted after the bloodbath put 22 migrants in hospital, in the town that serves as a gateway to the […]

New coronavirus cases in the US dipped from record highs on Saturday, with hospitalisations down for a second day. But as workers […]