But the unsettled Welsh star did not appear to be too happy about it.

Karem Benzema had put Santiago Solari’s side in front from the penalty spot just before half-time but the La Liga giants were pegged back when Marti Roger equalised on the hour-mark.

Bale was sent on in place of Benzema with 15 minutes remaining and converted a penalty of his own just four minutes later.

However, he pushed Lucas Vazquez away as his Real team-mate tried to celebrate with him and was scowling after netting what was the eventual winner.

Bale’s future at the Santiago Bernabeu is once again uncertain amid reports he could leave in the summer.

Since moving to Spain from Tottenham in an £85million deal in 2013, the 29-year-old has won three Champions Leagues, La Liga, the Copa del Rey, three UEFA Super Cups and the Club World Cup three times.

However, some of the Los Blancos faithful are still to take him to their hearts and he has often cut a lonely figure among the rest of the squad.

Former Real Madrid boss Carlo Ancelotti recently accused the winger of being selfish and appeared to blame him for his sacking back in 2015.

“If there is something that drives me crazy, it is selfishness. When a player has to pass the ball and does not pass it,” the Italian said.

“I paid for that in the first person. At Madrid, I took off Bale in a game against Valencia.

“He had to pass the ball to [Karim] Benzema, who would have scored into an empty goal, but instead of that, he shot [and missed].

“It was the reason that triggered an argument with Florentino, I took him off and the mess began there.”

He has been heavily linked with a move to Manchester United in the past, while Chelsea are also reported to be monitoring his situation.

And former United striker Dimitar Berbatov has urged him to leave he feels he is underappreciated.

“Bale seems to be getting the blame for everything that goes wrong at Real Madrid – which is wrong,” Berbatov said.

He is performing, yet he is still the whipping boy. If you don’t feel appreciated, then you have to move on.”

‘Our determination means we’ve got a chance, a true chance, of delivering a world championship this year and we’re going to give […] 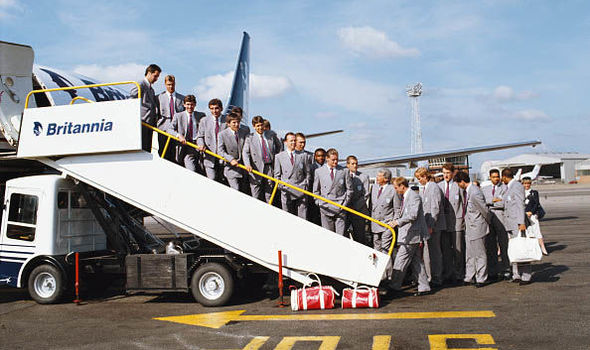 Newcastle, who are at the bottom of the Premiership despite winning their last three matches, face losing their second row Calum Green […]