MEXICO CITY (Reuters) – The Oscar-nominated film “Roma,” which chronicles the life of a young housekeeper in 1970s Mexico, has put an uneasy focus on the nation’s sharp class, ethnic and racial divisions, leading to mixed reactions to the indigenous woman cast in the starring role.

Mexican actor Yalitza Aparicio, who is nominated for an Oscar for Best Actress for “Roma,” poses for a portrait in West Hollywood, California, U.S., February 15, 2019. REUTERS/Mario Anzuoni

Yalitza Aparicio, who is nominated in the Best Actress category in Sunday’s Academy Awards, has appeared on the cover of “Vogue,” attracted over a million Instagram followers and been celebrated with a towering mural in her likeness over a humble district in Mexico City.

With her bronze skin and short stature, the 25-year-old woman from a poor indigenous family in southern Mexico has for many become a symbol of pride. She cuts a stark contrast to the pale women and men with European features who dominate Mexican television and film, despite representing only a sliver of Mexico’s overwhelmingly mestizo and indigenous population.

But reactions to Aparicio’s leap to fame after her powerful portrayal of a young domestic worker for a middle-class family in “Roma,” which is directed by Alfonso Cuaron and nominated for 10 Oscars, have also exposed how deeply prejudice is ingrained.

A telenovela actor disparaged her with crude, racially-charged language, one of many offensive remarks following her Oscar nomination that were especially prevalent on social media. When leading society magazine Hola! featured Aparicio on a recent cover, the actress’ skin appeared to have been digitally lightened.

Although Hollywood has been forced to confront its lack of diversity amid #OscarsSoWhite criticism in recent years, Mexico’s film industry has rarely turned the mirror on itself.

“We’re uncorking this racism that we’ve been carrying around for centuries,” said Itza Varela Huerta, a post-doctoral researcher studying indigenous and Afro-Mexican groups at the Center for Research and Advanced Studies in Social Anthropology in southern Oaxaca state, where Aparicio grew up.

The stereotype-busting actress was studying for her teaching degree in the small town of Tlaxiaco when Cuaron discovered her at a local casting call.

In interviews, she opines on Mexican politics and urges stronger rights for domestic workers and indigenous people. Media coverage in Mexico and beyond has depicted her looking stylish and comfortable wearing fashionable dresses from Mexico City to Los Angeles.

Aparicio, with roots in the Mixtec and Triqui indigenous communities, is part of the nearly one-quarter of Mexico’s population of some 120 million people who are indigenous, according to government data. They speak nearly 70 distinct languages, and many live in Oaxaca and neighboring Chiapas, which are also two of Mexico’s poorest states.

Mexico’s indigenous people were decimated during the 1521 Spanish conquest that by some estimates wiped out nine tenths of the population. Following several centuries of colonial subjugation, many of Mexico’s modern power centers in politics, business and entertainment have stubbornly remained closed to them.

Carlos Cubero, head of academic projects at Mexico City’s Museum of Memory and Tolerance, says “Roma” has forced Mexicans to confront glaring social inequalities, both from the theme of the film itself and the reactions it has triggered, which has included outpourings of admiration for Aparicio.

Ideally, he said, the public will persist in self-reflection even after the spotlight on “Roma” fades.

After telenovela actor Sergio Goyri was last week caught on tape calling her a “fucking Indian,” Aparicio responded that she was saddened that people did not know “the correct meaning of words.”

Mexican pop singer Yuri, who since the 1980s has typically performed with bleach-blond hair, gave Aparicio a back-handed compliment when she commended her skill but also appeared to deny her Mexican identity as well as calling her unattractive.

“Lots of people say that if you’re in Hollywood you have to be very Mexican, extremely pretty and have a hot body, and she’s the total opposite,” she said in a local interview.

“It means yes, it’s possible to succeed if you have talent,” she said.

Others accused Aparicio of not having talent at all, and simply playing a version of herself.

“She didn’t act! That’s how she is!” former television host Elsa Burgos de Siller said on social media. “You get an Oscar with a performance that has nothing to do with you, a ‘Monster’ for Charlize Theron, but not a Yalitza being Yalitza.”

The assumption that all women who look like Aparicio also act like her domestic-worker character Cleo from “Roma,” quiet and submissive, is troubling, said Citlali Fabian, a photographer who focuses on indigenous culture in Oaxaca.

She explains that Mexicans seem to embody a contradiction, celebrating the achievements of their distant indigenous ancestors while at the same time knocking down their contemporaries.

“We’re proud of coming from the Aztecs,” she said. “But call me Indian and it’s a damn insult.” Skin cancer isn’t always easy to identify, and doctors may struggle to tell if a skin blemish is actually cancerous. There are […] 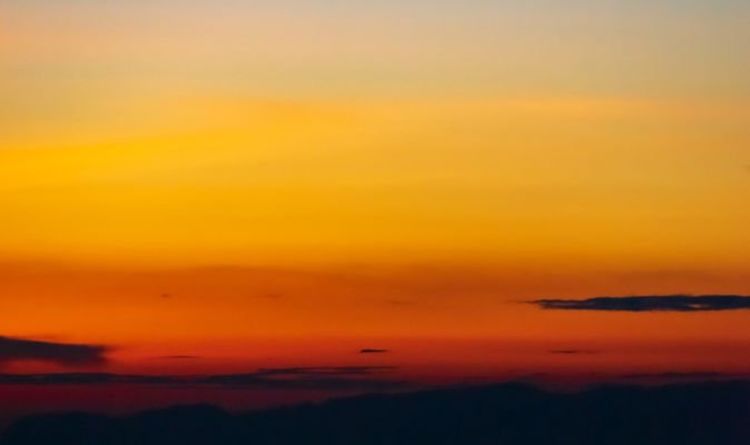 She said: “Jealousy or a need to possess something can also be felt. “So make sure you balance your self-expression, especially in […]

Chicken is easily the most searched for ingredient on New York Times Cooking, and it stands to reason: It’s economical, it’s widely […]

The Vietnamese rice cake known as banh chung is typically begun at least a day in advance, by soaking sticky rice in […]