As MWC 2019 begins this week, phone-makers are readying themselves to announce new devices that are able to connect to the latest generation of cellular technology known as 5G. Samsung, for instance, already announced its Galaxy S10 5G on Feb. 20 at its Unpacked event, and more are expected to follow. The biggest initial wave of 5G deployment will likely take place in 2019 and 2020, and carriers everywhere are laying the groundwork to roll out a faster and more expansive wireless network.

While it’s true that many industries will benefit from faster connectivity — self-driving cars, drones, virtual reality and the internet of things, to name a few — most people will likely experience the benefits of a robust 5G network only through a 5G-enabled phone. After all, the grand promises Qualcomm and carriers are making with 5G coverage don’t mean much if you can’t access the network with your own device.

US carrier Verizon launched its 5G broadband too, which will arrive in 30 cities by late 2019, and rival AT&T is selling a 5G hotspot router. AT&T is also catching heat (and getting sued) for displaying “5G E” connectivity on some of its phones, including iPhones, despite the fact that its network technology remains unchanged from 4G. Meanwhile, other companies have announced specific 5G goals.

To help you keep tabs on when we can expect 5G phones, here’s what the major phone-makers have announced, and not announced, about their 5G phone plans so far.

Apple’s in no rush to launch a 5G iPhone — don’t expect one in 2019 or maybe even 2020. Save for abandoning the headphone jack (the iPhone 7 was one of the first phones to lack one), Apple usually isn’t the first in on mobile trends, preferring instead to perfect an emerging technology before committing to it. For example, it was behind its competitors in making phones with 3G and 4G LTE connectivity when those networks just launched. Furthermore, company executives from Intel said that the company won’t have 5G modem chips until 2020. Apple uses Intel chips in its iPhones.

So while we could see a flurry of Android 5G phones in 2019, don’t expect Apple to embrace it so quickly.

Apple did not respond for a request to comment.

Explaining 5G with a game of pool

Samsung’s Galaxy S10 5G phone, unveiled this past week, has a 6.7-inch display, three rear cameras and the ability to wirelessly charge other devices. In the US the phone will launch on Verizon first in the second quarter, then head to AT&T, Sprint and T-Mobile. Though no exact price was given, it’s expected to cost between $1,000 and $1,980.

But the Galaxy S10 5G won’t be the only 5G phone from Samsung. AT&T announced it will carry additional Samsung 5G phones by the second half of 2019. South Korea, where Samsung is headquartered, is expected to get 5G coverage around March 2019.

Google hasn’t revealed its plans for 5G, and the company declined to reply to a request to comment. What we do know is that Verizon said it’s planning to roll out its 5G network in early 2019, similar to other carriers.

What does that have to do with Google exactly? For the past few years, Google has tapped Verizon as its exclusive carrier partner for its Pixel phones, including the new Pixel 3, though the company also sells the phone unlocked or on its Wi-Fi-first network, Google Fi.

This could mean that Google’s next flagship, presumably called the Pixel 4, could be a 5G phone. If it sticks with its usual phone launch schedule, the Pixel 4 would debut around October 2019 — well after the first half of the year.

In August 2018, LG confirmed that its first US 5G phone will debut on Sprint “in the first half of 2019,” just as Sprint launches its 5G network. (FYI, Sprint is expected to merge with T-Mobile very soon — a move that carrier speed analyst Ookla said “could result in an unmatched network in the face of 5G.”)

John Tudhope, director of product portfolio for Sprint, has only said the device will be a premium phone. More recently, however, the vice president of 5G development at Sprint Business, Mishka Dehghan, said that the phone will have a distinct look and that “you will know it’s a 5G device.”

Last August, Lenovo unveiled the Motorola Moto Z3, a phone that has 5G — kind of. It only connects to 5G with a Moto Mod modular accessory, which attaches to the back of the phone using magnetic pins. With the Mod, Motorola says the phone will deliver data 10 times faster than other 4G LTE devices. Unfortunately, the Mod is supposed to come out early next year, and we don’t know how much it will cost.

As for a Motorola phone that wouldn’t need an accessory to connect to 5G, the company is working on making such a device, but you’ll have to wait much longer. Doug Michau, Motorola Mobility’s director of technical sales and operations, said that phone would come much later than early 2019. More specifically, Michau said it would launch in “definitely less than three years, but no time frame yet.”

During Mobile World Congress Shanghai in June 2018, Huawei promised that its first 5G phone will go on sale “before the end of June 2019,” after it releases its first 5G Kirin modem and processor in March 2019. As if that weren’t news enough, the company confirmed that the 5G phone will have a foldable screen, too.

It’s unlikely that the phone will come to the US though. Calling them a security threat to the Department of Defense, the US government banned the sale of Huawei phones on US military bases. In March, retail giant Best Buy stopped selling them and Huawei’s CFO was arrested in Canada at the request of the US. Italy also wants to ban the company from supplying 5G equipment.

That doesn’t exactly spell the end of Huawei and its 5G ambitions, though. “Our products and solutions are used by major carriers, Fortune 500 companies and hundreds of millions of consumers in more than 170 countries around the world,” a Huawei spokesman said last March. “We have earned the trust of our partners across the global value chain.”

OnePlus confirmed that it will show off its first 5G phone at MWC 2019. The phone will sell on the UK carrier EE’s 5G network, which will span 16 cities in 2019, starting with London, Cardiff, Edinburgh, Belfast, Birmingham and Manchester.

The 5G phone is due out by 2019 and it’ll run on the latest Qualcomm Snapdragon 855 chipset. The phone also wouldn’t be part of OnePlus’s main flagship lineup. Instead, it would be a separate phone that would be specifically built to take advantage of the high-speed network. Don’t expect it to hit Verizon anytime soon, however, but do expect it to cost more than previous OnePlus phones.

Though Nokia isn’t the phone giant that it was 15 years ago, it’s still taking steps toward a 5G future. In July, the brand announced a $3.5 billion partnership with T-Mobile, which includes taking advantage of T-Mobile’s 600MHz spectrum to back its 5G network. 5G phones from this partnership are expected in 2019.

Nokia also stands to benefit from 5G in other ways. In addition to Qualcomm and Ericsson, the company has patent rights to 5G technology, and stands to make up to $3.50 for every 5G smartphone sold.

What the heck is a 5G network?

While the future of ZTE in the US is up in the air due to a recent (now lifted) ban on its phones because the company violated trade sanctions, we do know the Chinese phone company has been working on 5G phones.

In February 2017, the company demoed its Gigabit phone, which was capable of getting a 1-gigabit-per-second wireless connection (about 50 times faster than the average cellular speed in the US). But the phone was brought to the MWC trade show that year as a way to tout ZTE’s 5G readiness — it wasn’t an actual phone but rather a proof of concept.

Nearly a year after, the company said it’s aiming to have 5G phones off the ground in either late 2018 or early 2019, but followed that up with a “late 2019” prediction. 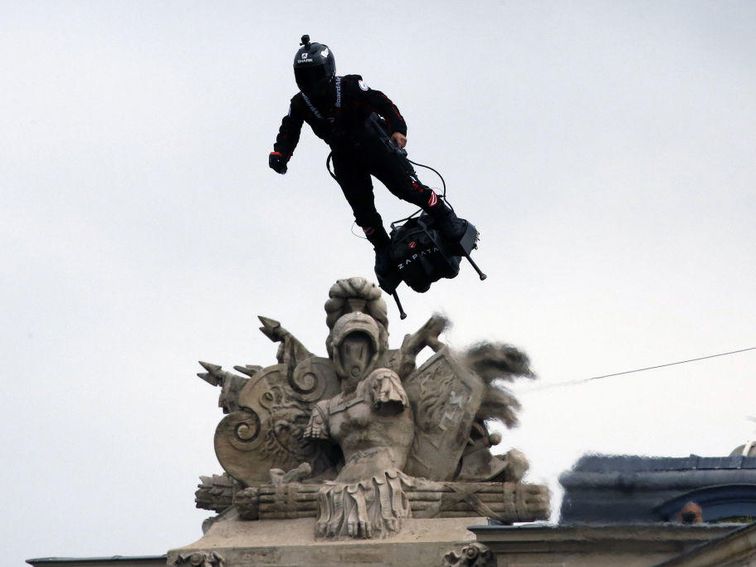 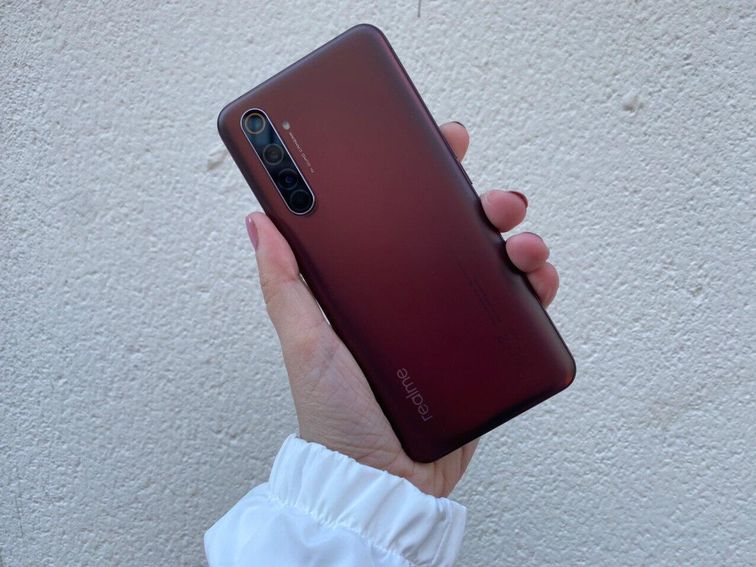 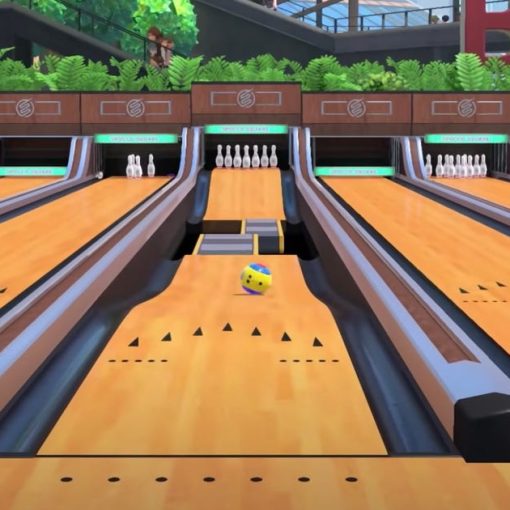 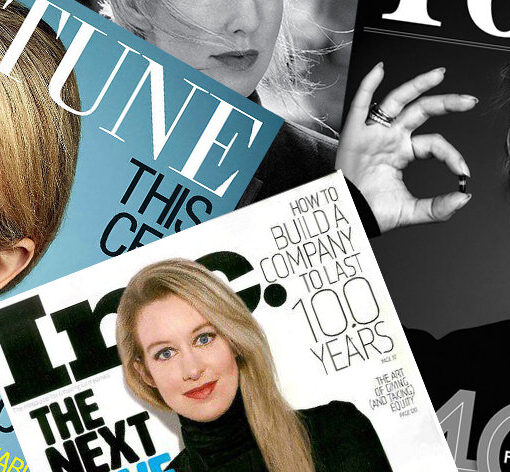 SAN JOSE, Calif. — At the height of her acclaim in 2015, Elizabeth Holmes, the entrepreneur who founded the blood testing start-up […]