Miranda Lambert made a surprise reveal on Saturday about her current relationship status.

“In honor of Valentine’s Day I wanted to share some news,” the country singer wrote on Instagram. “I met the love of my life. And we got hitched! My heart is full. Thank you Brendan Mcloughlin for loving me for…. me.”

E! News confirmed that she and McLoughlin tied the knot on Jan. 26, 2019 in Davidson County, Tennessee. Her big announcement was a surprise to many people because the newlyweds had never made an official public outing together and there was no sight of him on her social media pages. All that aside, there was a bit to uncover about the 35-year-old’s new husband.

For starters, he was and still may be a police officer in NYPD’s Midtown South Precinct in New York City. The precinct’s official Twitter page posted about McLoughlin a few times, such as when he won a 5K race in 2015. She picked a winner!

Before suiting up to become an officer, the Staten Island, N.Y. native was a male model. He also reportedly has a child with a woman from a previous relationship.

The newlyweds stepped out in the Big Apple together on Saturday with her ring on full display. Jewelry and style expert Lauren McCawley called Lambert’s ring “on-trend with romantic and vintage design elements.” McCawley estimates her rock to be around $20,000.

Lambert and McLoughlin join the likes of Miley Cyrus and Liam Hemsworth and other couples who got married under the radar. Take a look at the photos below to see who else secretly got hitched.

“The House That Built Me” singer revealed on Feb. 16 that she and NYPD officer Brendan McLoughlin tied the knot. E! News confirmed that they got married on Jan. 26, 2019 in Davidson County, Tenn. “In honor of Valentine’s Day I wanted to share some news. I met the love of my life. And we got hitched!” she wrote on Instagram. “My heart is full. Thank you Brendan McLoughlin for loving me for…. me.”

After a 10-year relationship, the pop star and Australian actor exchanged vows in an intimate wedding ceremony held in Tennessee over Christmas 2018. 26-year-old Cyrus wore a satin Vivienne Westwood gown for the top-secret affair.

The HGTV star and her boyfriend of just over a year wed at their home in Newport Beach, Calif. in Dec. 2018.

The Morning Joe co-hosts tied the knot at the National Archives in Washington, D.C. on November 24, 2018. Vanity Fair reported that they got married alongside the Declaration of Independence and Constitution.

Multiple outlets reported that the two wed in August 2018. Young confirmed the following October that Hannah is his wife.

The supermodel and her main man hosted an intimate ceremony in upstate New York just three months after announcing their engagement in 2018.

The Oscar-winning actress and her new husband celebrated with friends and family at a secret wedding in Saint Lucia Preserve in Carmel, Calif. Swank called the ceremony “timeless” and “a dream come true.”

The Golden Globe-winning actress married her longtime beau in Aug. 2018, according to Vogue Paris. The House of Cards star and Saint Laurent VIP relations manager reportedly tied the knot in a low-key ceremony at an unknown location.

The Migos rapper publicly proposed to the “Bodak Yellow” performer in October 2017, but it was revealed nine months later that the pair had actually tied the knot in a no-frills ceremony in September of that year.

The Gone Girl actress and star of Robin Thicke‘s “Blurred Lines” music video married the actor at a New York courthouse in Feb. 2018. The news came just weeks after it was reported she was no longer living with her then-boyfriend, music producer Jeff Magid.

The Trainwreck actress and comedienne married her beau, a chef, at a private home in Malibu in Feb. 2018 and just two days after she went public with their relationship.

In late 2017, the singer and actress announced she and her boyfriend eloped in Hawaii.

The longtime couple tied the knot in a wedding ceremony held at their house in Topanga, California, near Los Angeles in 2017.

The actor said in mid-March 2017 the two had eloped the previous weekend. E! News had confirmed in September that the two were engaged. Two months later, Seyfried’s rep said the actress was pregnant with their first child.

The TV personality said in March 2017 he and his longtime partner had wed in January.

The Fast & Furious star announced in Feb. 2017 he had tied the knot on Valentine’s Day, posting a pic of him and his wife, who he did not name. He later confirmed a report that said she is Samantha Lee, a New Jersey social worker.

The Gossip Girl alum married the actress, Jemima Kirke‘s sister, in a courthouse in Brooklyn in Feb. 2017.

After announcing their first pregnancy, everyone was buzzing about the potential for a real life Jackie and Kelso wedding. But the That 70s Show lovebirds kept their 2015 nuptials well under wraps.

Despite their now (relatively) public romance, the two actors were über private about their 2012 wedding. Thanks to a collab with Martha Stewart Weddings, we do know Lively wore a Marchesa dress and that it happened on a plantation in South Carolina.

The actors said “I do” in a secret ceremony back in 2015. Later that year they welcomed their first child together, daughter Arlo.

In 2013 these two had a hush-hush ceremony so secretive that even Olivia Pope would be impressed!

The pair have allegedly tied the knot in secret twice! Their initial top secret nuptials occurred in 2008, but it is rumored that they also secretly renewed their vows in 2014 while on a European vacation.

After meeting on the set of Black Swan, the duo welcomed son Aleph, before exchanging vows in 2012.

Despite their very public romance, the supermodel and NFL star tied the knot in a super secret ceremony in 2009.

These lovebirds knew they wanted to spend forever together after only a few months of dating! Three weeks after Perego proposed, the two got married in 2013. They also now are parents to two adorable twin boys.

This adorable couple officially tied the knot in Aug. 2015 after much speculation. Their wedding was kept a secret from the majority of the world though, as they held it at their Bel Air home and only invited close friends—telling everyone that they were simply throwing Justin a birthday party. What a way to celebrate!

This duo surprised everyone with their engagement in 2014, and again with a secret wedding on Black Friday 2015.

It’s no secret that these two are in love, but the full details of their wedding were a secret for a long time. The duo just recently came out to discuss their wedding, and shared this adorable photo of their nuptials, which were done at the Beverly Hills courthouse back on October 17, 2013.

An upcoming ‘Meet the Press’ special is taking a look at political disinformation By DAVID BAUDER AP Media Writer December 19, 2019, […] 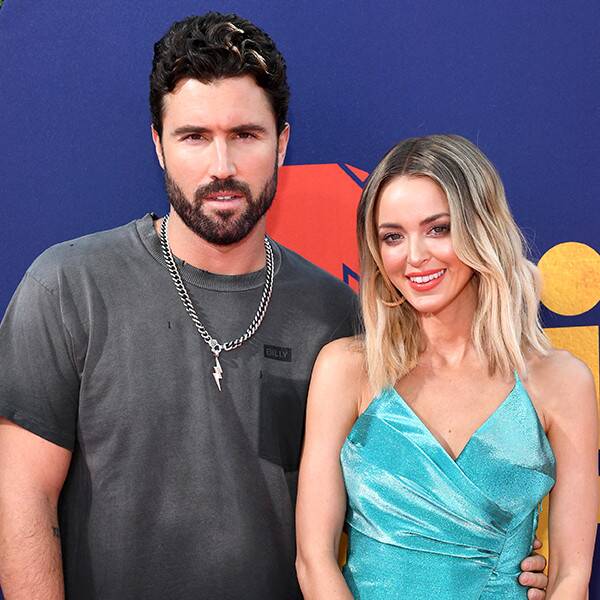 Kevin Mazur/Getty Images for MTV Brody Jenner and Kaitlynn Carter are going their separate ways.  A source confirms the split to E! […]

Speaking on Vogue’s new 73 Questions video, the British star, 25, was asked for a scary memory from her upbringing. Presumably referencing […] 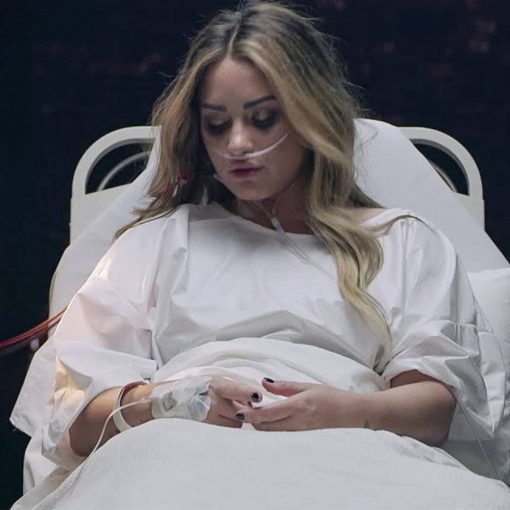 Demi Lovato‘s visuals for “Dancing With the Devil” are just as powerful as expected.  The 28-year-old pop superstar dramatized a version of her […]