Officials at Haydock racecourse have deplored the crowd trouble that marred Saturday’s racing at the Merseyside track, where a mother holding a toddler found herself surrounded by men throwing punches. Footage of the incident, apparently shot by a teenage media worker, has been widely shared online, reviving memories of the troubled spring racing endured last year, when large-scale fights erupted at Ascot and Goodwood on consecutive Saturdays.

“We are extremely disappointed by the incident, which is completely out of character with a jumps fixture in February,” a spokesman for Haydock said. “Our security teams were on hand to bring this under control and eject those involved, and we had ample security to do so. We involved the police who we are continuing to work with on this matter and those involved will be banned from Haydock Park and all other venues in our group.”

Further details about the incident were not offered because it has become a police matter, a 26-year-old man having been arrested on suspicion of affray and possession of a controlled drug. However, Merseyside police said it had received no complaints in relation to the incident, nor any reports of injuries.

Initial reports spoke of “at least 60 to 100” people being involved in the fighting, figures that appear to have been suggested by the person who filmed the footage. A review of the CCTV at Haydock has led course officials to conclude that a smaller number, around 15, were involved in the violence, while a larger crowd swarmed around to watch.

The Racecourse Association said that it “strongly condemns the appalling behaviour of a small group of racegoers whose actions have taken the shine off a fantastic Saturday of racing. Racecourse stewards and security teams are trained to detect and close down crowd disturbances in the rare incidents when they arise, as was the case at Haydock Park. Police are present at race meetings across the country where they deem it necessary in consultation with each racecourse.”

Adam Swann, a bookmaker, posted more footage of the incident from his perspective in the betting ring and spoke of “a few flare-ups” before the worst of the fighting took place. He repeatedly stated there was “no security” to break it up.

A Twitter user identified herself as the mother who found herself surrounded by the fighting and posted film of her son playing on the spot some time earlier. “We take him because it’s a family day out, we’ve never experienced this ever before,” she tweeted. “[He] enjoys seeing the horses and it’s usually fun for all of us. It’s not my fault. People need to look at the bad guys instead of mum-shaming me.”

Racing insiders will once more have to reflect on whether racecourses should act to limit the alcohol intake of its patrons, or to prevent illegal drugs being brought to the track. Some have pointed to the fact that there were no Premier League fixtures on Saturday and suggested that some of those present at Haydock may have been football fans with no particular enthusiasm for horse racing; others responded that racing should not seek to blame other sports for its own problems. There has also been speculation as to whether six consecutive losing favourites had caused tempers to fray.

Racecourses responded to crowd trouble last spring by ramping up the security presence at courses and making it significantly more visible as a deterrent to violence, though that proved a short-term measure. A spokesperson for Cheltenham declined to say whether there would now be a review of planned security for next month’s Festival meeting, which features a crowd of more than 200,000 over four days. 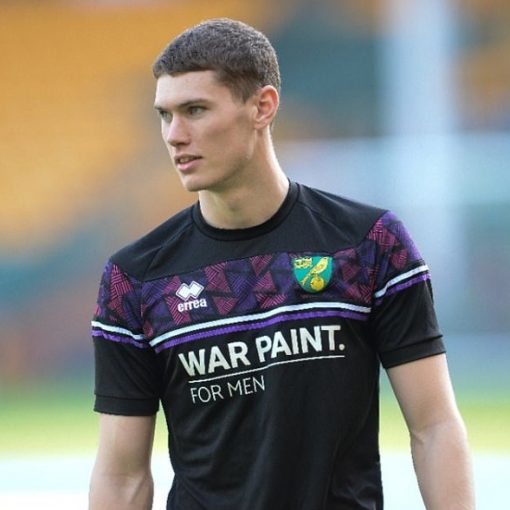 Highly-rated Norwich City goalkeeper Dan Barden, 20, reveals he has been diagnosed with testicular cancer – and the ‘shocked’ Premier League star […]

Sky Brown, the 11-year-old British skateboarding prodigy who is on track to become the youngest female to compete at the Summer Olympics […]