Not long ago — three months to be exact — Amazon’s giant HQ2 project was considered a national prize.

The largest e-commerce company in the world had planned to create a second major campus outside its Seattle mothership as it worked toward even more expansion. City leaders across the country clamored for the attention of Amazon CEO Jeff Bezos in their quest to land the $5 billion development and its promise of 50,000 high-paying jobs.

Then New York City won half the project, and everything went disastrously wrong.

Following months of opposition from local politicians and union groups, Amazon on Thursday canceled its plans to build a 25,000-employee campus in New York. It’s still moving forward with a 25,000-employee site in Arlington, Virginia, which will be built over the next decade.

HQ2’s short trip from coveted development by a huge employer to pariah project by a vulture capitalist will be studied by developers and politicians for a long time. It offers a clear picture of how badly Amazon misdiagnosed the political environment it was walking into and how it made itself a bigger target for protesters by creating such a flashy bidding process. The situation also illustrates how negative perceptions about Bezos’ treatment of workers and alleged monopolistic practices are corroding the company’s once-sterling reputation. Public polls — in contrast to the protests — showed strong support for the project.

Plenty of attention will also be directed at the progressive politicians who helped torpedo the plan and stopped tens of thousands of new jobs from coming into the city. It’s still too soon to tell whether they’ll be applauded for preventing gentrification and corporate handouts or be thrown out of office.

“It was the perfect storm,” Rebecca Kolins Givan, an associate professor in the Rutgers School of Management and Labor Relations, said of Amazon’s sudden departure. “Opposition to Amazon has been brewing nationwide and globally as people realize how much of the retail market they control and the poor quality of jobs they are offering. The strange, secret beauty pageant that Amazon asked cities to participate in created a lot of bad feelings.”

A prince becomes a frog

It all started innocently enough.

In September 2017, Amazon unveiled plans to build a second headquarters, seeking to invest $5 billion and hire 50,000 people at an average annual wage of $150,000. HQ2, as it was dubbed, almost immediately became the “it” development plan that every US city with more than one functioning traffic light was desperate to win. It was seen as a generational opportunity to re-create one lucky city into a gleaming tech hub.

Amazon’s strategy to host a public competition seemed like a brilliant move, with more than 200 bidders trying to outdo one another for Amazon’s hand, many offering billions of dollars in incentives. The media swooned, spilling as much ink as it could to write about the project’s potential.

After 20 finalist cities were announced in January 2018, the public courting process turned into secret, backroom negotiations, with news publications and local citizens alike unable to access basic information about many of the bids.

Realizing that HQ2 was too big for one city, Amazon split the project in two and announced the winners in November 2018. Those coveted golden tickets went to Arlington, Virginia, and Long Island City in Queens, New York.

Even before the official announcement, opposition to the New York campus kicked off. Several local progressive politicians, buoyed by the recent election of democratic socialist Alexandria Ocasio-Cortez to Congress,  criticized the project. Amazon’s $3 billion incentives package was derided as corporate welfare, especially because of Bezos’ position as the world’s richest person. Amazon’s anti-union posture in a heavily union city was another major problem. The company’s plan for a helipad was mocked.

The company had asked for bidders who could offer a “business-friendly environment,” likely hoping for a less testy relationship than it has with Seattle’s government. It didn’t get one.

“Amazon felt like no one would refuse the generosity of their offer. And in actuality, New Yorkers said they are a union town and want good jobs,” Givan said.

During two New York City Council meetings in December and January, Amazon executives were pilloried over the company’s labor practices and its refusal to remain neutral in workers’ efforts to unionize. The council had been sidelined in the HQ2 process, with the state instead taking over the plans, creating additional ill will toward Amazon. Two of the most vocal critics became Councilman Jimmy van Bramer and state Sen. Michael Gianaris, who both represent Long Island City, where Amazon would locate HQ2.

Opposition from local and state politicians was fiercer than anticipated, and Amazon executives determined that those politicians could jeopardize the long-term success of the project, a person with knowledge of Amazon’s plans said. Several private meetings with local politicians were just as adversarial as those public hearings, with officials essentially saying they wanted Amazon to go away. This left Amazon very little to work with, the person said. Such a view stands in contrast to comments from several opposing politicians, who said Amazon preferred walking away over working with them on a more agreeable deal.

While there was also pushback from advocacy groups and some in the broader public, Amazon had experience managing such issues in Seattle and had been doing outreach work to build support among those groups.

The strange, secret beauty pageant that Amazon asked cities to participate in created a lot of bad feelings.

The tough opposition from politicians contrasted against mostly positive public polls, creating a “red flag” for the company and ultimately resulting in Amazon’s departure, the person said.

Another major concern was likely state Sen. Gianaris’ nomination earlier this month to the Public Authorities Control Board, a  state panel with the power to veto the Amazon project.

The decision to pull the plug on the New York City project was made in just the past few days, the person said. Thursday’s announcement followed reports late last week that Amazon was considering exiting New York, though the company at the time responded that it was working with its “new neighbors,” suggesting that it was still committed to the project.

Amazon, which already has more than 5,000 employees in New York, said Thursday it plans to continue to expand those teams.

Many progressive groups, politicians opposed to the project and several unions applauded Amazon’s decision to leave. Other unions, such as the building trades, supported the project, knowing it would have brought work for their members for a decade or more.

The United Food and Commercial Workers International Union was among the opponents.

“Now we can see this is all about blind greed and Jeff Bezos’ belief that everyday taxpayers should foot the bill for their new headquarters, even as the company actively works to eliminate millions of American retail jobs,” Marc Perrone, union president, said Thursday in a statement.

New York City Mayor Bill de Blasio and New York Gov. Andrew Cuomo are taking a huge hit for bringing HQ2 to New York and then seeing the plan crumble so quickly. In November, Cuomo hailed the project as a massive win for New York, mentioning the $27.5 billion in tax revenue expected to flow from the project over 25 years, a huge windfall when compared with the $3 billion in incentives. Many business leaders said they were dismayed by the loss of HQ2 as a new economic driver for the city.

“A small group of politicians,” Cuomo said in a statement Thursday, “put their own narrow political interests above their community — which poll after poll showed overwhelmingly supported bringing Amazon to Long Island City — the state’s economic future and the best interests of the people of this state.”

He said those politicians, particularly in the state senate, “should be held accountable” for the project’s failure.

The HQ2 decision arrives just one week after Bezos said in a blog post that he’s been the target of a blackmail plot by the National Enquirer, which allegedly threatened to release salacious pictures of the CEO if he didn’t back off an investigation of the tabloid.

This second bombshell from the tech titan within days may challenge the company’s ability to stay focused on its growth initiatives. Virginia, the location of the other HQ2 campus, is suffering through its own political crisis, with the governor, lieutenant governor and attorney general embroiled in scandals unrelated to the HQ2 project.

Amazon said it has no plans to reopen HQ2 bidding, instead spreading out additional hiring across its 17 offices in the US and Canada. A 5,000-employee office in Nashville, which was announced along with the HQ2 winners, will also move ahead as planned.

Going forward, leaders in more cities may rethink their lavish incentives packages to lure businesses, and legislatures may decide to kill off secret deals like the ones that led to the HQ2 agreements, Givan said. Other major corporations are now less likely to copy Amazon to create their own buzzy, HQ2-style projects, opting instead to keep things a little quieter. Google, for instance, is spending billions of dollars to expand in the US, including in New York City, but is doing so with far less fanfare or criticism.

“The implications,” Givan said, “may be felt for a long time.” Technically Incorrect offers a slightly twisted take on the tech that’s taken over our lives. The salt shaker and the garbage can. […] 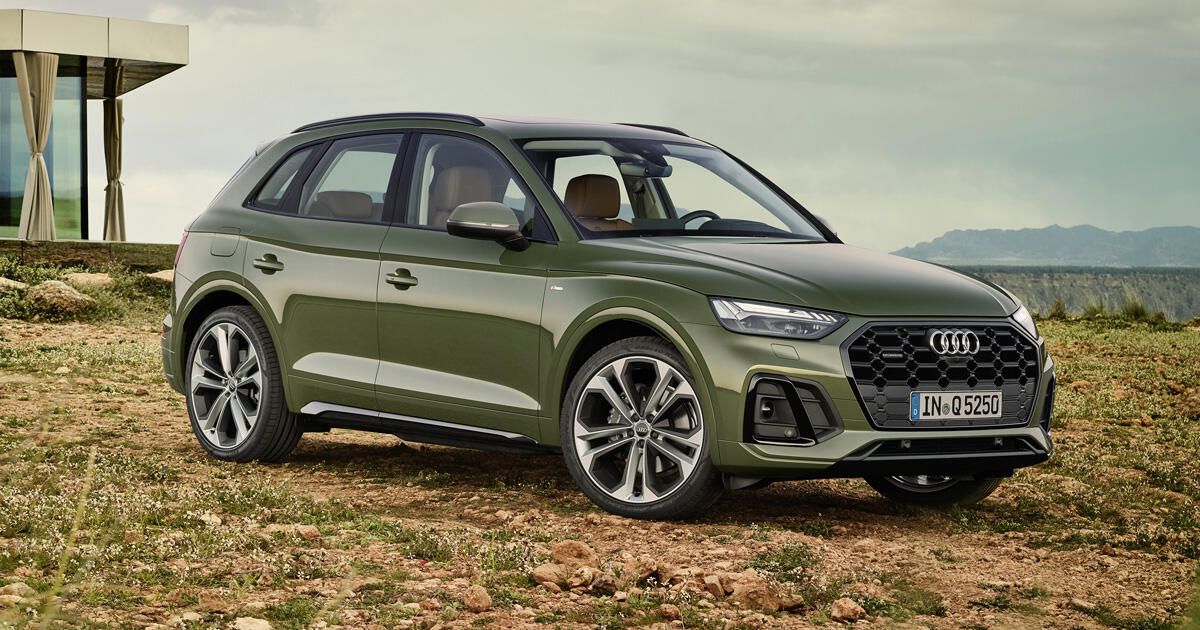 Sure, you might not be able to tell that it’s a Q5 without seeing the badge, but that doesn’t mean it looks […] 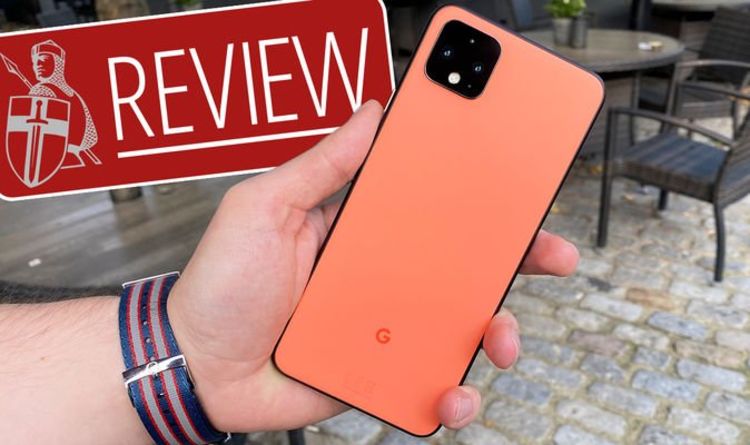 Pixel 4 is a gorgeous smartphone… when viewed from behind (Image: Express Newspapers) Google Pixel 4 Review • From £669 FOR – […] 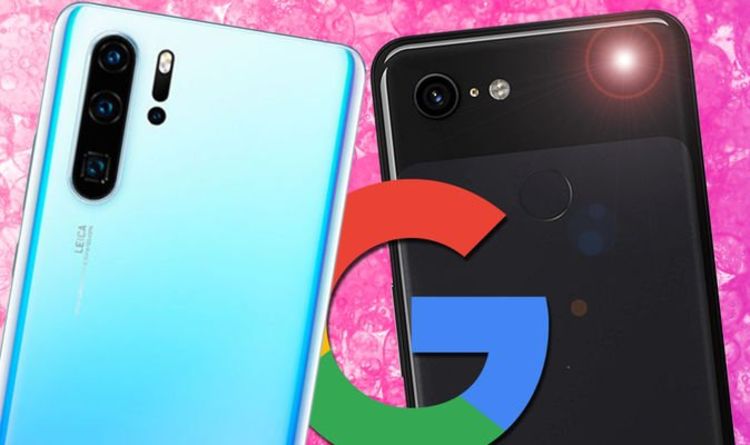 Pixel 3 is the American tech giant’s most premium smartphone series; the hardware has a number of features the firm’s new budget […]